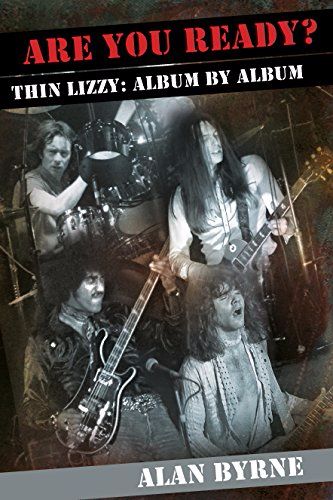 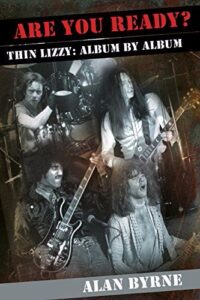 The creation of a cult band is always an intriguing thing. Certainly, in the case of cult they are made ‘cult’  by obsessive fan culture and dedication, for better or for worse. Doubtless true in the case of many bands and artists – Love, Nick Drake, Mountain, Sleep and Earth Crisis, to name a few – but this won’t exactly explain how Thin Lizzy at once were one of the rock bands, whilst never quite reaching the stratospheric success and sanctimonious respect heaped on bands like Led Zeppelin and Black Sabbath.

That the band commands respect and admiration is beyond doubt. In his first ever appearance in Dublin, recorded on his album The Boxed Life, Henry Rollins bemoaned the sorry state of affairs that led to U2 becoming Irish pop music ambassadors:

“They’ve been milking the same bass line and guitar trip for like five albums and the world, the world just kisses their ass! And it is the biggest pile of shite I have ever heard in my life!”

“But my personal hero, my guardo camino – that means road guard – the man who gets me through the high times, the low times and all the times in between is a man called Phil Lynott. So I figure that I’m in fuckin’ Phil’s town, man.”

Alan Byrne’s meticulous history of the band is not immune to the allure of cultish thinking and his slight tendency to include superfluous details and embellishments is distracting at times. However, the book is never fawning or apologetic and, on more than one occasion, actively critical. Is there anything else that need be said about the bloody awful ‘The Rise and Dear Demise of the Funky Nomadic Tribes’ than “It is an inaccessible nightmare”?

Or that Phil Lynott, at least at the time of the signing to Decca, was an abysmal bassist? As all stories about Lizzy have the same awful conclusion, the appeal of whitewashing history is ever-present, but fortunately Byrne never takes this direction and the book is all the better for it.

Furthermore, the book never for a minute lets the reader forget that, for such a universally appealing band, Thin Lizzy were defiantly Irish – their shows on the showband circuit where the band learned their craft and the overwhelming Celtic influence, with their melodies and harmonies infecting blues rock, are all apparent.

But what made this band different from any pseudo-Gaelic posers is a tough, urban edge. Roddy Doyle observes in the famous ‘I’m Black and I’m Proud’ appropriation in The Commitments that, in Ireland at any rate, “The culchies [country folk] have fuckin’ everythin’”. Dublin has always been a forbidding city and, especially for a band including Lynott, the lyricism and soul of their music came hard boiled.

It is a testament to the skill of Byrne, the natural archivist, that all of this sub textual detail comes to life in this volume. Whilst no means a perfect document of the band’s tenure, it is made with the best of intentions and the largest of hearts and this made the book compulsively readable and highly likeable.

More info on Are You Ready? Thin Lizzy: Album by Album  can be found at: www.soundcheckbooks.co.uk.