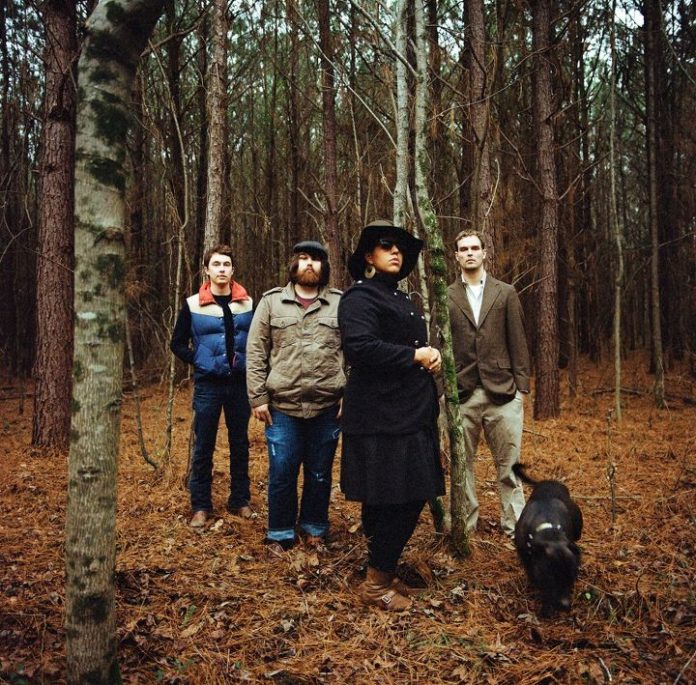 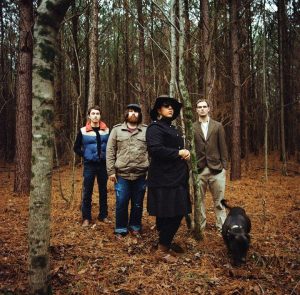 Alabama Shakes are currently riding a gargantuan wave of industry fed hype ”â€œ after a low-key release, via Jack White’s Thirdman Records in the later quarter of 2011 the Athens, Alabama three-piece have had such expectant plaudits as “the future is theirs for the taking”Â declared by the NME. The resulting clamour and sell our gigs (LTW review) has now enabled the four full members Brittany Howard (Vocals/Guitar), Heath Fogg (Guitar) Steve Johnson (Drums), and Zac Cockrell (Bass) to quit their day jobs and bask in the adulation ”â€œ it’s not all good mind, other publicly declared fans included Jamie Oliver.

Album opener and single ”ËœHold On’ is a fabulously laid back track that immediately showcases the strength, depth and sheer quality in Howards voice ”â€œ and is the perfect introduction to the bands blend of Delta Blues, and subdued Southern rock which is then shot through with gospel; I heard hints of Mazzy Star but with the vocal pitch of Macy Gray, others have compared her to Aretha Franklin and Amy Winehouse but they may be allowing the hype around this band to affect their judgement on that score. ”ËœI Found You’ is about seeking out that most elusive of emotions ”Ëœperfect love’ and see’s Howard once more emptying her soul into the recording; the music certainly isn’t overshadowed and offers up subtle hints of Motown, before the strong Southern melodies and rasping gospel vocal of ”ËœHang Lose’ propel us forward on a keyboard complimented driving rhythm.

‘Heartbreaker’ is a stirring passionate track virtually lifted direct from a packed Baptist church – dominated by an arms in the arm gospel vocal delivery with some warm Hammond organ keeping this cooking before, Hammond’s outpourings include ”ËœHow was I to know you were a heartbreaker’ and ‘Why, oh why, did you have to cry’ with utter conviction that you cannot fail to be moved.

So does ”ËœBoys & Girls’ prove that Alabama Shakes deserve all the hype? The jury’s still out on that one; this is a very strong album that displays the innate talent the Alabama Shakes posses however for me the band have not created anything new, the comparisons with The Kings Of Leon on a good day are too easy to level and it’s that ease that demonstrates the flaws within the band. ”ËœHold On’ remains the stand out track, others strive but just fall short of this peak, however the passion channelled into this album should be enough to elevate them from their peers and signifies the arrival of a band well worth watch for a good few years to come.