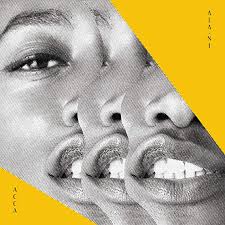 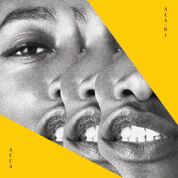 Pop doesn’t have a very good track record with a cappella with only the Flying Pickets having any success scoring a number one with ‘Only You’ back at the height of Thatcherism.

So it’s a brave move from rising star ALA.NI to make her self-produced second album virtually all a capella, but she pulls it off with great confidence, vision and a ton of talent.

It helps when you can recruit Iggy Pop in between radio shows and voicing adverts to intone some French lyrics on ‘Le Diplomate’. His accent might be tres dodgy, but do you get the sense of fun on a track inspired by ALA.NI’s brief encounter with a French diplomat. Apparently the relaxed session ended with the gnarled punk legend and ALA.NI going for a dip in the surf off Miami.

ALA.NI wrote much of this record on the road promoting her critically acclaimed debut ‘You & I’, spending that time recording and layering hundreds of vocals, some of which were designed to imitate string and reed instruments.

And in case you are wondering other elements of the sound were achieved by using beatboxing as percussion, ALA.NI lowering her voice using an octaviser to create the bass and banging anything from beer bottles, tennis balls and even smacking the studio walls to simulate more percussive sounds.

If you knew none of this you’d never guess lead single Differently, which opens ACCA, wasn’t being played by a band, especially as it showcases ALA.NI’s strong pop vocals.

A lot of these songs started life as poems, which gives them a woozy structure, like on the doo-wop inspired ‘Hide’, which is asking a close friend to leave an abusive relationship complete with departing footsteps. There’s more than a nod to the genius of Motown on ‘Sha La La’, which thanks to ALA.NI’s glorious lead vocal could easily have been a hit for The Supremes in another era.

The brooding ‘Van P’ features a razor sharp rap from Atlanta and Sorry To Bother You star Lakeith Stansfield that gives it a really contemporary feel absent in other bits of the album.  It was supposed to be written for Vanessa Paradis, but ALA.NI decided to hold on it as it was too dark to give away to the French Grande Dame of Pop.

We seem to overrun with young female singers from different backgrounds that in these dark post-Brexit times remind us that our cultural diversity is a strength not a weakness, and ALA.NI’s audicious, but pop tinged, record stands with Mabel, Dua Lipa et al as being deserving of as wide an audience as possible.

Review by Paul Clarke, you can see my author profile here.