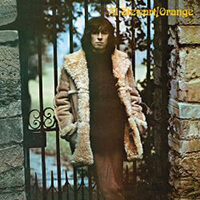 Al Stewart’s long out of print mid-seventies have recently been re-issued by Esoteric Recording with bonus tracks and extensive liner notes. Louder Than War’s Craig Chaligne reviews them.

These 3 records recently reissued by Esoteric Recordings chronicle Al Stewart’s transformation from sixties folk troubadour to full blown pop star with the “Year Of The Cat” album. After 3 albums with producer Roy Guest at the helm where Stewart’s music gradually gained in scope and freed itself from musical trends, it was time for a more radical approach when making what would become 1972’s Orange. Recorded with producer John Anthony at London’s famed Trident Studios (where a significant part of The Beatles’s Abbey Road was recorded), the album is a definite step-up in song quality, instrumentation and arrangements. Featuring some great guitar and keyboard parts courtesy of Tim Renwick and Rick Wakeman, the songs feature a mix of confessional and historical topics which would become a definite pattern in most of Stewart’s seventies records. As studio engineer David Hentschel recalls in the liner notes there was a conscious effort to “incorporate more of the “rock” element of the folk rock genre rather than the “folk” element, which Al’s previous work had tended towards”, the result is a record that incorporates elements from Stewart’s previous albums but with a better production, more memorable songs and a more focused approach. The breezy “Amsterdam” with Wakeman’s inspired piano licks sees Stewart recount a tour of The Netherlands, another catchy song is “I Don’t Believe You” featuring a particularly bouncy bass line courtesy of future Elvis Costello bass player Bruce Thomas. The central piece of the record is “The News From Spain”, an epic song inspired by the break-up between Stewart and his then girlfriend. The coda sees Rick Wakeman in full flow with a great piano solo. The languid “I’m Falling” perfectly sums up the mood of a lazy Sunday between two new lovers discovering each other. 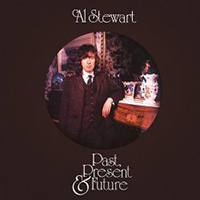 Orange’s successor “Past, Present and Future” was recorded pretty much with the same cast with John Anthony still supervising the proceedings. Again a remarkably consistent LP with a strong song selection but a further leap in the production that comes very close to the sonic perfection Al and Alan Parsons would achieve on the next two albums. The historical theme is more present than ever (with  “Past” in the title it seems pretty logical).  Opening with the nautical ruminations of “Admirals”, Stewart then jumps to one of of the US’s most controversial presidents Warren Harding for the subject of the second track. The song experiments a little with a marimba solo in the middle. “Soho (Needless To Say)” sees our host recounts his Folk days when he played residencies at the famous Les Cousins club. Stewart by then had a real knack to set historical facts to music, setting narratives to music can be a tricky thing but he pull it off with aplomb on “The Last Day of June 1934” and on the epic “Road To Moscow”. Talking about epics, the last song “Nostradamus” clocks in at just under 10 minutes. This multi-part suite inspired by a soon to be published (at the time) biography of the Michel de Nostredame is the most famous track on the album and still features regularly in Stewart’s concerts to this day. The bonus tracks include “Swallow Wind” a single that was released with an alternate version of “Nostradamus”. 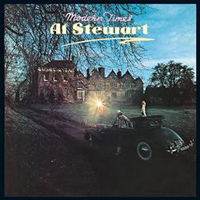 The final instalment in this series of reissues was Stewart’s first collaboration with famed producer and engineer Alan Parsons. Agreed over a meal despite the fact that Parsons never talked business during lunch, the partnership would produce three of Al most successful albums. Again a step-up in arrangements and recordings, Parsons enabled the songs to breathe and placed Stewart’s voice upfront where it was in some place’s buried on previous albums. Tim Renwick’s guitars are at the fore on the album, opener “Carol”, a breezy pop song features many layers of them with funky rhythm parts in the background and delightful solos on the coda of the song. As usual with Stewart the songs are very strong (probably his best album). “Sirens of Titan” features a harpsichord hook remiscent of an Ennio Morricone score while the folky “What’s Going On” was written about an unnamed rock musician who doesn’t seem to lack in the ego department and harks back to Al’s folk days but features a fuller production with congas and harmonicas in the background. “Not The One”, another luminous pop song full of hooks with a great instrumental passage in the middle that couples an electric piano solo with BJ Cole’s lovely pedal steel playing. The bluesy ramblings of “Next Time” show that Stewart’s was still in touch with his musical roots and “Apple Cider Reconstruction” is to Modern Times what “Amsterdam” was to Orange. We go into sea shanty mode with “The Dark Rolling Sea” with again great guitar work courtesy of Tim Renwick before closing off with the traditional epic track.