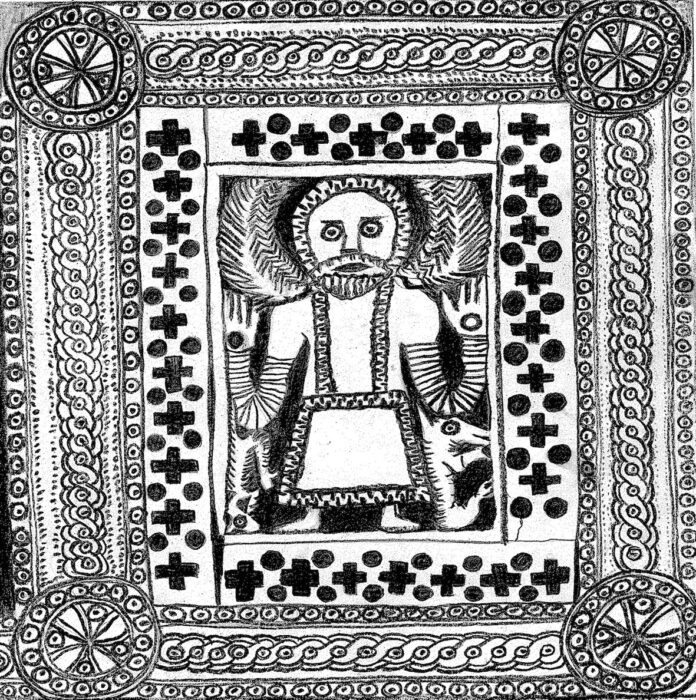 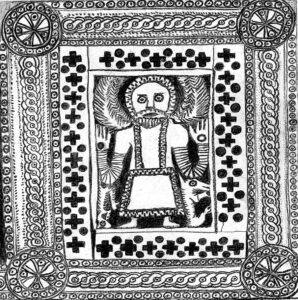 Back in 2011, Áine O’Dwyer was given access to the pipe organ in St Mark’s Church in Islington, North London, to create a series of beautiful, ruminative improvisations, which would become Music for Church Cleaners. Originally issued on cassette by Irish tape label Fort Evil Fruit  this marvellous work has now been reissued in a limited run with gorgeous new artwork and extended with more pieces recorded during the sessions.

Music for Church Cleaners is as immersive as you’d expect, the deep drones of the organ’s bass notes on pieces like The Feast of Fools providing a hazy, almost liquid bed of sound across which O’Dwyer casts exquisitely hazy melodic phrases.

Despite working with an instrument steeped in cultural and musical resonances, O’Dwyer – a harpist by trade – has created a work with her own unique stamp, drawing on the mysterious wonder of traditional church music as well as the cloudy hinterland of drones and atonality mapped out by the contemporary avant-garde. The end result is playful, ominous, transcendent and, ultimately, life affirming.

On The Little Lord of Misrule, the bass barely strays from one or two long chords, laying down a gently undulating ostinato. At the other end of the keyboard, meanwhile, she slowly circles around a gradually unwinding melody, evolving rather than repeating, the organs soft sustain leaving these notes hanging in the air like mist.

These pieces aren’t, strictly speaking, totally improvised, as O’Dwyer took a graphical score into the church as a sort-of guide to her playing, (it’s provided as an illustration in the album’s gatefold sleeve). This is perhaps how she prevents things ever drifting into complacency, with each piece having its individual qualities while still being part of a greater whole.

The see-sawing intro to Fugue State of Mind is a sharp contrast to the unruffled calm of Volume I’s opening three tracks, lurching like a sailor trying to find their sea legs in a raging storm as its melody careers up and down the keyboard at breakneck pace. O’Dwyer revisits the piece in Volume II’s Return to Fugue, slightly less frantically than before, although encroaching drone that threatens to smother the piece in blistered dissonance adds a welcome air of drama.

The extra tracks provided by Volume II aren’t exactly a departure from the template established in the first volume. Pieces like Mass of the Rosary Ring extend the record’s hermetic allure, like a mist slowly spreading through a wood. Titles, too, add to the sense of an individual musical universe being created. There are hints to the more esoteric corners of the Christian Church in The Cloud of Unknowing as well as nods to the natural world (A Unkindness of Ravens) as well as earlier pagan belief systems (The Ruling of Pan).

But the real joy of this album is the presence of the church cleaners and their families themselves, caught on tape as they go about their daily work while O’Dwyer is playing. Like O’Dwyer, they are creator of this work and O’Dwyer pays tribute to them in her album’s title. We hear the bangs and clatters as they pack and unpack their things, and the whine of their vacuum cleaners adds a pleasing high-pitched tone to several of the tracks. At other times, we hear their children running and playing, and catch fragments of conversation. It all adds an air of unforced naturalism to the recording, which sits surprisingly well with the almost arcane music.

Music For Church Cleaners Volumes I & II is a great addition to the canon of experimental and improvised music, with a lightness of touch and depth of feeling that’s uncommon in many of records of its ilk. Listening to it is like meditation. You can lose yourself for a while, and, when it’s finished, everyday life seems just that bit more bearable.

Music for Church Cleaners Volumes I & II has been produced in a limited run of 500 vinyl copies or as digital downloads. Order it here.

There’s more of Áine O’Dwyer’s work on her Soundcloud and Bandcamp pages.