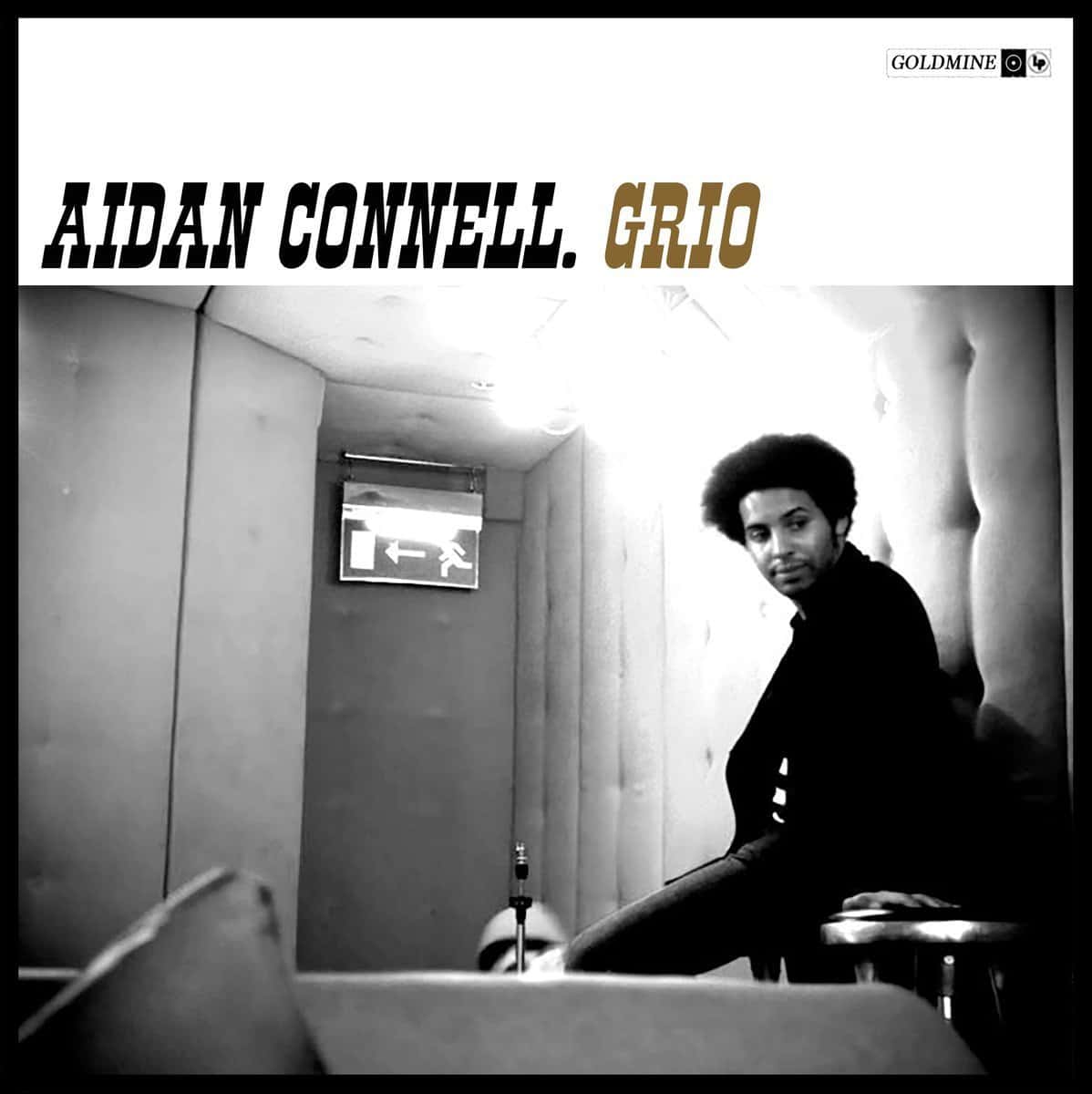 The depiction on his webpages of Aidan Connell as a “contemporary blues-rock singer/songwriter/guitarist” only gives a faint whiff of what he’s about. Join him on a  spellbinding solo travelogue that crosses genres and risk dipping your toes into the cleansing waters of the local waterway.

With an album title that references the griot poet-musician class of West Africa, growing up in small town home counties England might seem worlds apart. Not that anything might hold back Aidan Connell whose life path has seen him pour the influences of Cream, Zep and Hendrix into his first band New Rising Sun; evolve into Melody Nelson, a power pop trio; jam with The Black Crowes and Iggy; model, work Camden Market and set up a studio beneath an old Bethnal Green railway arch. Aidan O’Connell, this is yer loife (cue the fanfare).

All roads lead to ‘Grio’; an hour of all encompassing, electrically charged, blues and soul fuelled rock and roll. Reneging against the clichéd styles and expectations of rock and roll and its peripatetic lifestyle, he’s clad in the same cloth as one the man who captured the 2017 Cambridge Folk Festival, Fantastic Negrito. With the kindred spirits of Seasick Steve and Jeff Beck adding their approval, he preaches  the gospel with an unholy soundtrack playing out  the road to the river to wash away the sins.

Produced by Dave Roback of Rain Parade/Mazzy Star etc, Grio cuts an experimental early Who vibe, explosive and menacing, the clatter of vibrant rootsy rock and the swirl of psychedelic space rock. Of course, there’s also  back to basic blues, the measured tempo of Fell On Black Days giving way to a slide fest (taste of Travelling Riverside Blues anyone?) on Son Of A Gun.

When he sings I Hate Rock And Roll, it’s a rage against the machine of clichéd expectancy as he launches into a fiery solo that harks back to the power trio days of Hendrix and Cream when organic and unfiltered sounds oozed from the pores with feeling. If nothing else he’s a marketing wonder for the sales of velvet trousers and lighter fluid for instrument bonfires. Lazy grooves aplenty, the telltale sound of  some backward tapes kick in  at the start of  The Sad Ballad Of Mrs Brown, a pleasant little number that makes a mockery of the title. A grimy riff that walks all over  sex AND chocolate with a rib quaking bass and it’s time to  get off your knees begging for a Led Zep reunion.

Enjoy spotting the influences as Aidan Connell gives a masterclass in genre hopping a la Prince and should the appetite not be sated, a further four bonus track offer an encore  epilogue.  Another portion of dense blues plus  an Ode To Joy that stands up to Beethoven, Hitchin’ A Ride straight from an early 70’s T Rex dominated hit parade and a funky soul groove in Standing In The Shadows. A  real kaleidoscopic journey through the innermost soul of Aidan Connell.

I’m now off to do penance or at least a lengthy bout of community service for allowing this album sit too long on my desk unplayed.

You can watch the opening track to the album, I Hate Rock And Roll, here:

And…you can also have free listen on Soundcloud