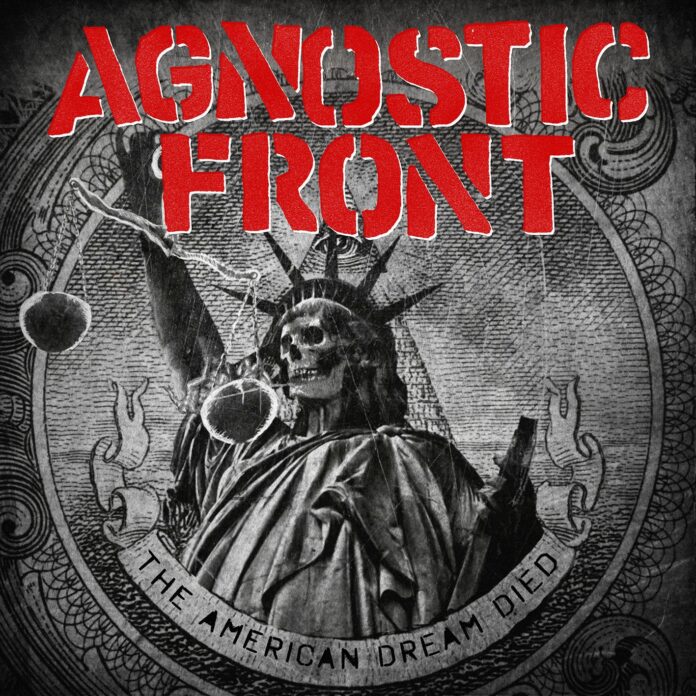 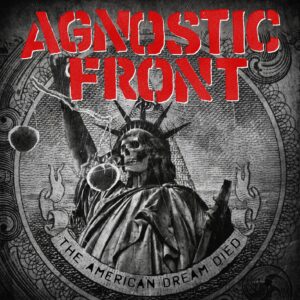 The problem with hardcore as a career choice is maintaining the energy of youth. When you’re forty, the things that make you furious at 19 don’t sting nearly as much.

This is perhaps why so many heavy bands either break up, hit the reunion/festival circuit with no new music, or change their musical style to be substantially less aggressive. The few that remain are there for a reason, and that reason is almost always disfunction or location. For example, what would someone as deeply flawed as Rick Ta Life do without the structure that hardcore provides him?

Agnostic Front’s persistent embrace of heavy music can probably be traced back to their location. New York is a hard place to live for artists, getting harder by the day. There’s a lot for them to be angry about.

This anger shines through The American Dream Died, lending it a fantastic, visceral energy that makes for a vital 2/3rds of an album. Unfortunately, it overstays its welcome.

The record begins with the, appropriately titled, Intro, a screed against the modern police state overtop sampled sirens and simple guitar riff. The bass tone on this track and on the rest of this album is fantastic, crunchy and thick.

The title track is the first real song, a punk jam with crooning, snarling vocals.

The album hits its stride with the next song, Police Violence. It’s classic hardcore punk by veterans of the form. There have been countless anti-police violence songs, but current events have given the subject matter a poignant touch. Absolute perfection.

It’s worth noting that Agnostic Front bounce around seamlessly from genre to genre.

We Walk The Line is an energetic take on the rhythm-forward style of hardcore made popular by the likes of Earth Crisis and Hatebreed.

Never Walk Alone is the record’s highlight. It’s essential pop-punk, complete with whoas and oh’s all over the chorus. It wouldn’t be out of place on the American Pie Soundtrack.

Though every song on this record is quality, there’s simply too many of them.

The record is 15 tracks long, clocking in at about 25 minutes.

Now, I don’t know about you, but I don’t think a punk record should be over 20 minutes. That just feels wrong. It overstays its welcome and some of the latter songs end up sounding samey.

Despite this, the songs on display here are excellent, and Agnostic Front are showing immense vigour, despite their longevity.