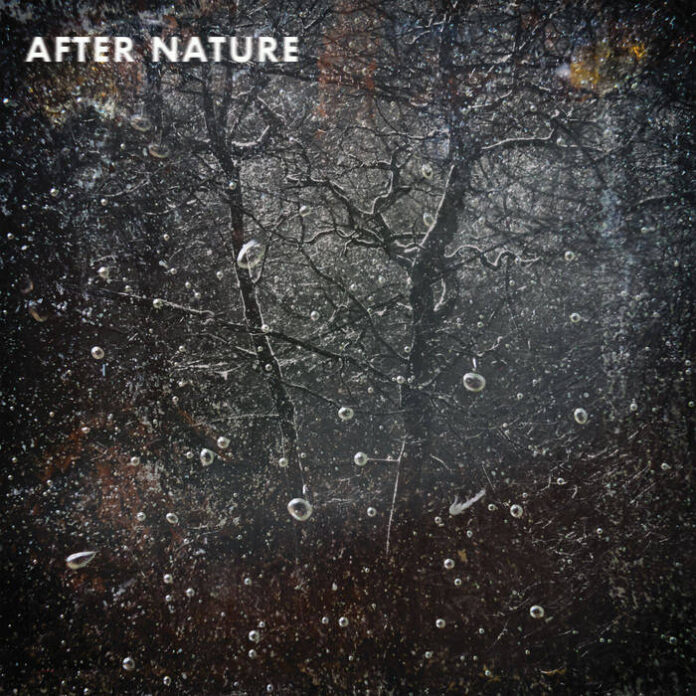 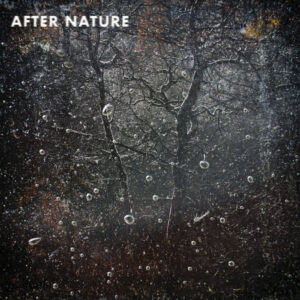 Barnsley-based After Nature introduce themselves with a knowing, intelligent pop banger. It sounds incredibly fresh, whilst reminding you of the very best of the 1980’s. Gordon Rutherford reviews for Louder Than War.

Everyone loves surprises, right? You know the ones, when you think you’re getting socks for your birthday but when you open that big box it is something quite different?

Just a couple of months ago I reviewed the dazzling ambient solo album, Shoreline, by After Nature member (and ex-Danse Society guitarist), Lyndon Scarfe. When Scarfe isn’t creating sweeping soundscapes on his own, he is a member of Barnsley-based post-punk group, The Black Lamps.

You are probably wondering why am I talking about them when I’m supposed to be reviewing the debut album from After Nature. Well, it transpires that all three members of After Nature (including Scarfe) are also in The Black Lamps. Confused? Don’t be, it gets simpler.

Being familiar with the solo work of Scarfe and The Black Lamps, I had certain preconceived ideas when After Nature’s album dropped into my inbox. I thought I knew what I was letting myself in for. That’s where the surprise comes in, because After Nature is markedly different. As the band themselves describe it, “the new album is clearly connected to The Black Lamps via its DNA, but it moves in different areas”.

Because the band felt this way, they believed that this collection of songs, some of which were originally written for the follow up to The Black Lamps 2015 debut album, would be better served under a different banner. The After Nature banner. During lockdown, the band took the opportunity to develop the tracks further and augment them with more new songs. After Nature’s eponymously titled debut was born.

Whilst it may be an unexpected left turn, After Nature (the album) is choc-full of delights. There are strings, dance beats and loads of sequencers, synthesizers and loops. Intriguingly, there are also extended kosmische influenced pieces, the best example of which is the ten minute plus title track. As a body of work, it is a veritable amalgam of influences, but the overall feel that struck me was the similarity between this album and the incredibly intelligent pop that emerged in the 1980’s. Most notably, there are undoubted nods to Talk Talk’s classic albums Spirit of Eden and Laughing Stock scattered throughout After Nature.

The album kicks off with the aforementioned title track, After Nature, and it’s an ambitious and bold introduction. As referred to earlier, at more than ten minutes it’s a bit of an epic. It can be a challenge for any band to maintain engagement in one song of such duration, but After Nature manage it comfortably here thanks to the quality of writing and production. It helps that the track has the feel of one of those extended twelve-inchers that filled dancefloors back in the day.

Liam Stewart’s dreamy, reverb-laden vocal remains deep in the mix throughout as the banging dance beat takes centre stage. As an opening track to the album, it is a resounding statement of intent which, I’m happy to report, continues into the next couple of tracks.

Choose is ethereal and haunting and Stewart’s cryptic lyrics add to the mystique. The song’s chorus is an absolute delight with honey-coated harmonies reminiscent of The Beta Band.

This Little England is an out-and-out floor-filler, with its incessant disco beat and Scarfe’s rippling synths. It’s like an edgy version of A Flock of Seagulls and is guaranteed to get you moving. But the most interesting thing for me is the contrast between the absolute lightness of the music and Stewart’s hard-hitting lyrics. Here, the singer rallies against the country we are becoming, one of low tolerance and high discrimination. He tackles the issue with intelligence and his subtle dismay at attitudes that proclaim “not like the old days/when everyone was shiny white”, is considerably more powerful than some of the ranting, repetitive bands that currently seem to be dominating airwaves and column inches.

The social commentary doesn’t permeate the entire album, thankfully, but it does continue in The Body Count. This mournful ballad appears to be addressing tragic issues, such as a section of society’s reluctance to accept human beings seeking refuge and shelter in safer lands. Once again Stewart’s lyrics like “Across the Ural Sea/along from Alderney” paint vivid visuals in the head. The track is underpinned by Greg Firth’s superb bass work and the closing sections of this song call to mind Scarfe’s solo work, as the song musically evolves into sonic waves. My only criticism is that, at almost eight minutes, the track felt a little longer than necessary.

In fact, at more than an hour, it’s a long album and I find myself wondering if it could be stronger as a collective body of work if some more ruthless editing were to take place. It’s always difficult to kill your darlings, but sometimes it is for the best. Personally, I found the middle of the album, with both Crystallised and the OMD-like Praise a little ponderous, which is a shame given the quality elsewhere.

But there are still some exceptional moments to be discovered in the closing tracks. The Cocteau Twins-esque Snowglobe is a shimmering and shining ballad. You is built upon Scarfe’s sheets of sound, growing and swelling as it progresses whilst Stewart’s vocal surfs on top. Doll Within a Doll has a synth hook that utterly transfixes you.

In conclusion, After Nature has a throwback feel to a time when the likes of Aston Villa could win the European Cup and intelligent pop was highly valued. It has been created by a trio who clearly know what they are doing and they have produced a fine debut. It’s quite different from their other manifestations, but sometimes we all need to do something a little out of the ordinary to freshen things up. It will be interesting to see which guise they appear in next.

After Nature is available on Bandcamp. More information on the band can be found on Twitter.