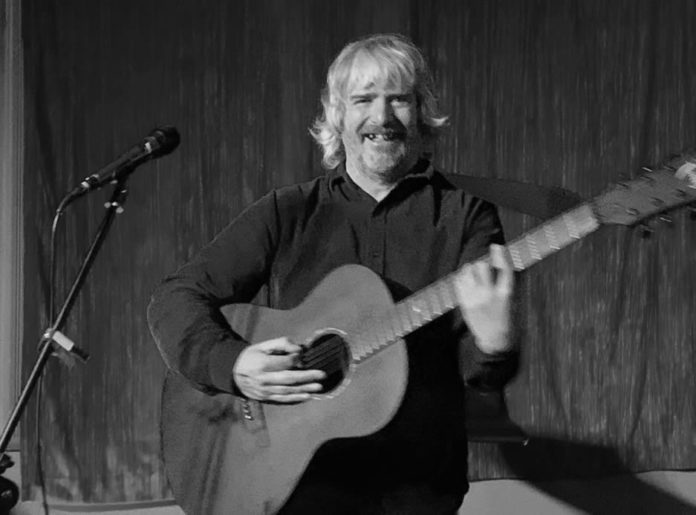 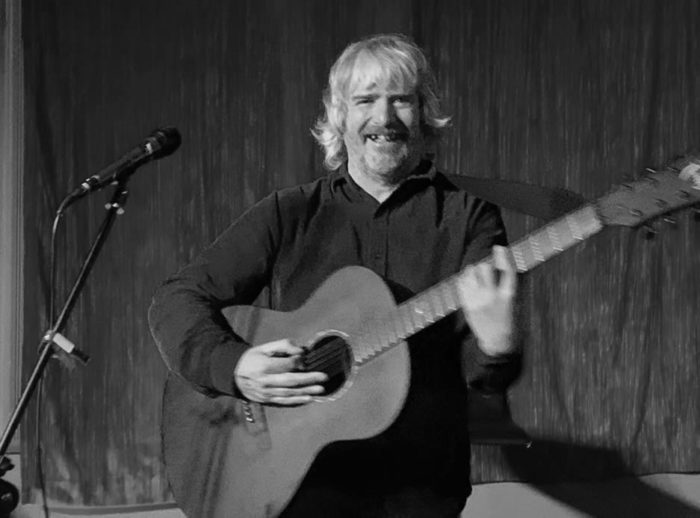 I am Kloot’s John Bramwell was the highlight of After All’s Christmas party at Lions Den Bar in Manchester on Friday night in aid of Musicians Against Homelessness. Nigel Carr was there to witness one of the most memorable gigs of the year.

We’d already been regaled by the excellent Matthew Schott and Mark Pratt when John, playing Schott’s guitar hit the stage a little after 8 pm. He was on early because he was jetting off to Lanzarote at 6 am the following morning, but kindly agreed to make space in his busy schedule for a very special set.

Opening to cheers and laughter with “I’m not going to play anything remotely surprising this evening – the level of preparation is like most of my gigs…nil” John launched into Your Favourite Sky and you could hear a pin drop as the audience was immediately transfixed. This humble troubadour, a giant on the manchester music scene delivered the kind of set one could only dream of, interspersing classic after classic with one-liners; a Dylan impression here, a reminiscence there. He even managed to fit a version of I Feel fine in after realising the borrowed guitar had a certain Beatles’ ring to it!

No Fear Of Falling and Mouth on Me gave way to the emotional highlight of the night with To the Brink – The line “I’m the guy on the bus who’s not quite one of us, I hear laughter’ had me choked up. John’s ability to elicit such a response with just a few words was incredible. The song closed in a mass singalong. 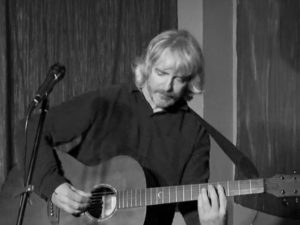 He had us laughing all night – fluffing the opening of Over My Shoulder and carrying on regardless, debuting A Skyful Of Thunder and Lightning, and after threatening to get off to Lanzarote, he closed the set with the exquisite To You.

I’d seen I am Kloot before, at the Albert Hall back in 2015 but nothing prepared me for the joy of seeing this guy on his own, guitar in hand in his ‘beer crate stance’ – “which no one in the history of rock has ever done before, and noticeably never even copied!”. He is embarking on a tour in the Spring and we’ll add the dates to this review as soon as we get them. I’ll never forget the pure joy in the room during this gig, the pathos, and the laughter. One to remember.

It was a tough act to follow but the event closed with Ash Palmer and finally Broomhead. We left with our bellies full of beer and huge grins on our faces. A great success for Owen who raised over £400 for Musicians Against Homelessness.

Article by Nigel Carr. More writing by Nigel on Louder Than War can be found in his Author’s archive. You can find Nigel on Twitter and Facebook and his own Website. Photos by Nigel Carr©