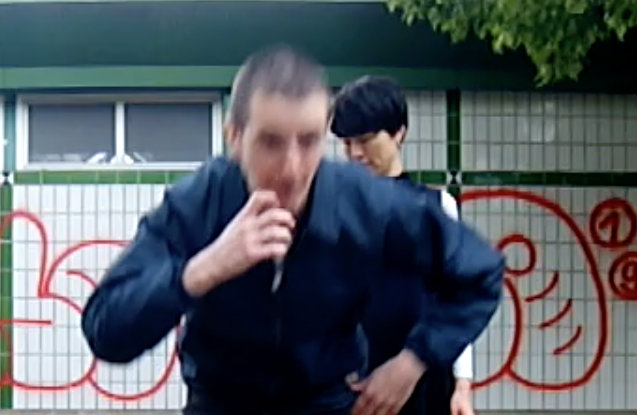 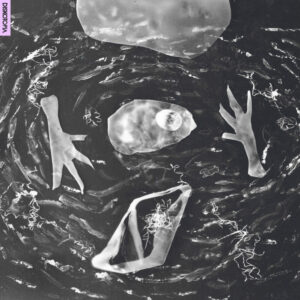 It’s Berlin-based and it’s noise-pop and it’s no-wave but it’s something else entirely. The second album by Aemong, on Tokyo label Diskotopia is one worth getting lost inside, inasmuch not giving a fuck about being found hereafter.

The duo is composed of Yu-Ching Huang and Henrique Cuba, Huang from Taiwan, and Cuba from Brazil. Crimson, is their follow-up to 2018’s acclaimed debut, 1000. An album which sees the duo more engulfed in each other’s company than ever before, and over its 10 tracks, seem to have struck a fine balance between pushing people to the extremes, and pulling them back to a core they find endearingly comfortable, a wonderful voyage through the doorways of both Zang Tumb Tumb and Boing Boom Tschak, where Tazara meets Attali and the Art of Noise Annoys. 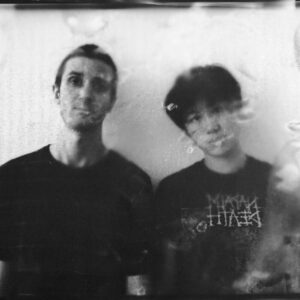 We begin things with Lovers Fog – the ambiance of an empty field, the whirring windmills, the ethereal goth keys, the groan of something glowing in the distance which sparkles with a sharp edge and steps heavy with each echoing thud and lost footstep dropped onto the solid floor. One cannot help but be utterly transfixed by the fragility of the details, the textures of the shades, the cosmic pleroma of each delicately woven membrane, which oozes out of every pocket and socket of the song.

Fantastic and phantasmagorical are the primitive industrial shocks and conveyor belt percussion of Golden Robe, wonky electronics pacing a cage. Glacial, glassy keys reach up and recoil. Tribal bass and drums crouch down low, lurch, and drone. A child’s rattle, a little drum, utilized here to creatively lace together the randomly abandoned and fragmented remnants of dissonant, sonic properties, and interlinking each to appear less evanescent than they would otherwise be.

Drums don’t make sense. Numbers don’t add up. Structure can fuck itself. Themes of Dadaism and Dataism are brought to life with every explosive montage and spectacle.

Forms and forces of disparate, distinct features, mangled and aligned confirm the work to be a superb slice of deformed pop music made up of radioactive particles which decompose faster than the song grows, to inject a devastating charm to their complexion before they fall to nothing and find peace in the deep.

The warped robot waltz of Peep crawls forth to a showcase of maniacal, cybernetic cabaret (Volatire’s Three Mantras – Western specifically); a scuzzy voice from neither this world nor that world, this room or that room flickers in and out of focus. A slightly frightening bass manages to sashay and lunge and subconsciously hook itself firmly through one’s cheek and tugs us further into the bosom of a black hole, strutting subtly whilst single pieces of many different weaves, webs, and schizoid appearances, decorate all they descend upon with an amplified, jittery, disturbing krautrock energy –  a chrome-colored lullaby shot through the various creases and cracks of an electrostatic transmission, from a place where cosmic rays irradiate from the sky and through everything below it. 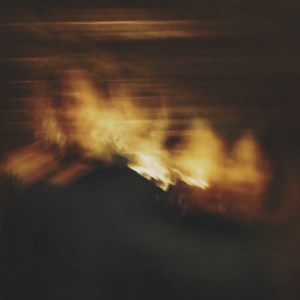 On the album, the duo confesses to having ”crafted something altogether alien, yet imitate and emotive at the same time” – and being so engrossed in each other’s company enables the manifesto to be reinforced time and time again throughout the album, eventually leading to these ideas as reflective counterparts to our own current context to become a musical reality.

Be it the distance bridged by the spooky instrumental Cheering Goes On, through to the individually obliterated blocks of psychotropic pop noise, confusions of color and codes, on Strolling Through My Town, with its skittering, scattering of shattered branch drums, it’s metamorphosing shimmering guitar chords and crackles of damaged clockwork, like the pathetically profound prickled stems of greenery trying to fight for survival in amongst the concrete axis it is regularly repressed and encased within. A spellbinding spoken voice guides the senses through the night’s circumambience in an estranged city whilst Leftfield’s beguiling Leftist electronic beauty illuminates the trip with brutism and brutalism wholesomely aggregated.

Or the psychedelic supernaturalism of Gulp which, with every passing moment, the machine mantra summons something sinister from elsewhere. The fantastic crash and unstable clangor of odd sonic droplets fall into the enormity of open waters in all their silent stillness. The pupils dilate with every rotation of the dial. It grinds and it glistens. A dosage of Psilocybin in Gysin’s stroboscopic Dreamachine, speeding to the edge’s of the universe before our very eyes. A commotion of throwing stones. A hovering of some hallucinatory presence moving with a convulsive, ghostly rhythm to the unpredictable ambiance of ripping material with each bang, and every boom, of intense, and savage disorder.

Tabacco, another interesting instrumental with more structure and rigor shuffles along to the pounding sounds and motorik moves of hammers hitting items of all gargantuan shapes and sizes they are successfully granulated into a fine powder. Powders put into capsules we are all gonna swallow to the hazy celestial cyberspace doodles of Warsawa and Sowiesoso in one straight sitting. Pioneering to the point they were out of time with most things swirling around them, and therefore, in most ways – Perfect.

The aches and pains, the bruises and bursts, the soundtrack for all aliens represented by the impenetrable Half Machine Lip Moove abrupt fuzz hop of the Die Mensch-Maschine, embodied here as a summation between Autechre’s Garbage, Throbbing Gristle’s United, and Dub Syndicate’s Echomania, is an aspect of this modern life uninterested in the dimensionality of things as long as the job is done, the neon tubes composing the innards of the downtown mainline belowground is pumped and the matter is flattened. Equally enchanting is the maddening, metronomic, Tekkno grooves ingrained in the DNA of the song. Most likely derived from Saturn’s rings, all cold and lonely, and the neurotic reductionist industrialism ensues chaotically forevermore. Reverberating through the bones of buildings and the atmosphere wrapped around their postmodern carcasses, decades after the final switch is flicked and Film of Sensations is shown in states of feverish ecstasy, hysterical outcry, and surrender to the uproar.

Angel’s Basin scrapes and slowly explodes with distorted splatters of feedback, as a thick, dubby bass anchors all that orbits within sight but out of reach close to its pulsating vaudeville nexus. The voice creeps up behind, as a galvanized clattering of immersive instruments do whatever it commands – to shatter into a million clusters, to whizz adrift, or settle into place. A dynamic overdrive of interstellar Avant Kinema and Kosmiche Muzik sourced from the innermost and externalized fully right here. 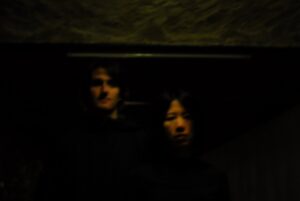 Kids conclude the record, and perhaps this is where said alloy of corrugated, corrosive instruments, once stripped clean and inverted and emptied and reinstated with new possibilities, wind up – as pipes part of a larger device, mechanized melodicism, harmonized and chanted on behalf of the jaunty, hauntological shaman, resurrecting yesterday’s history from the pit or folder or derisory file it was discarded into. Ruminations of primordial electronic pandemonium erupt wonderfully, elephant skeletons stretched to the size of skyscrapers then reduced to sandcastles as Don Cherry’s Orient, Suicide’s Cheree, and Broadcast’s Pendulum are meditated upon with innovative homage, brimming with brilliantly psychotomimetic ideas about how to turn one’s own shadow into an animated puddle of tar, as we puke white foam in anger.

Never failing to catch one’s senses by surprise, Aemong succeeds in somehow, before our very eyes, in emptying out the genres we have become aware of, and dismantle entire landscapes in the name of experimentation, and assemble them back together differently compared to how they were designed, in the name of entertainment.

I’m less interested in what music sounds like, and more attracted to the notions of what it makes me Feel like as a human being. A human being, The New Human, the Total Man, an Internationalist, an Individualist, calling for the End of History.

I’m less interested in what music sounds like, and more intrigued by what music Looks like. Perhaps this is music to feel, music to look at; rather than merely, meagerly, listen to. It’s pictures live. And they Live, fabulously, fearlessly –  Free.

Ryan Walker is a writer from Bolton. His online archive can be found Here.