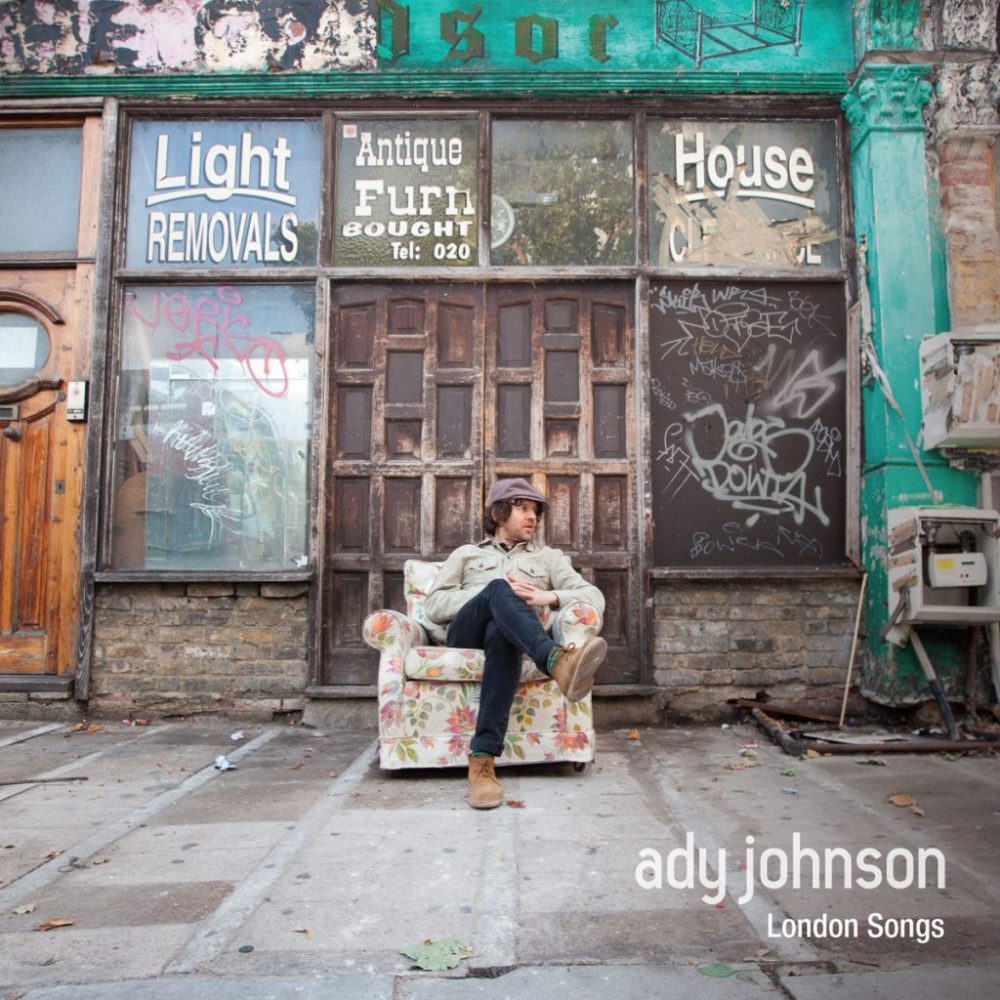 From his fledgling steps, busking outside 6Fest to his first solo album Tell The Worry Dolls, Ady Johnson hasn’t been afraid to put his money where his mouth is. His musical career has seen him cross paths with Tom Robinson, hit the festival circuit and add film music to his repertoire.

Hooking up with avant garde folk star Lisa Knapp led to the association with musical partner /producer Gerry Diver making for a potent team. The pair manage most things between them, Diver’s musical contribution seemingly involving turning his hand to anything to hand, while pulling in the occasional guest, most notably former Bellowhead percussionist Pete Flood.

So how does the aforementioned dynamic acoustic album earn its billing? Well, it runs the gamut from intimate vignettes to full band stompalongs with a few stops in between. Problems Of Your Own kicks off proceedings in a jug band skiffle style. There may well be some kitchen implements involved. The appearance of the occasional blast of brass adds a tad of originality and eccentricity – almost like it’s been picked up on spec an simply but appropriately tagged on.

In fact, what springs to mind is that London Songs has a very latter day Beatle-y feel. The sort of quirky pieces that Lennon, McCartney et al would be experimenting with as they tweaked their mop top ‘yaeh yeahs’ into something more meaningful. Once you get the notion in your head, every now and again a phrase or a harmony pops up as a reminder.

The Black And Blue and Bring You Back offer a mid album very laid back chilled vibe that you’d associate with his namesake Jack, complete with the first of some lovely pedal steel cameos from David Rothon. It’s a lull that gets a pick me up in the form of the Bloodshot Eyes and the more blues direction hoe down of Whale Song that lead into a dreamy and wistful These Days, even calling on a hoarse and entirely free from autotune, Waitsian drawl. Although once again, Mr Rothon gets star baker with some delicious pedal steel once more drifting by in the distance.

Yes, there are plenty of walk-ons that add a touch of flavouring yet London Songs is a set that subtly showcases Ady Johnson through to the core.

You can watch a solo live performance of Whale Song from the album here: