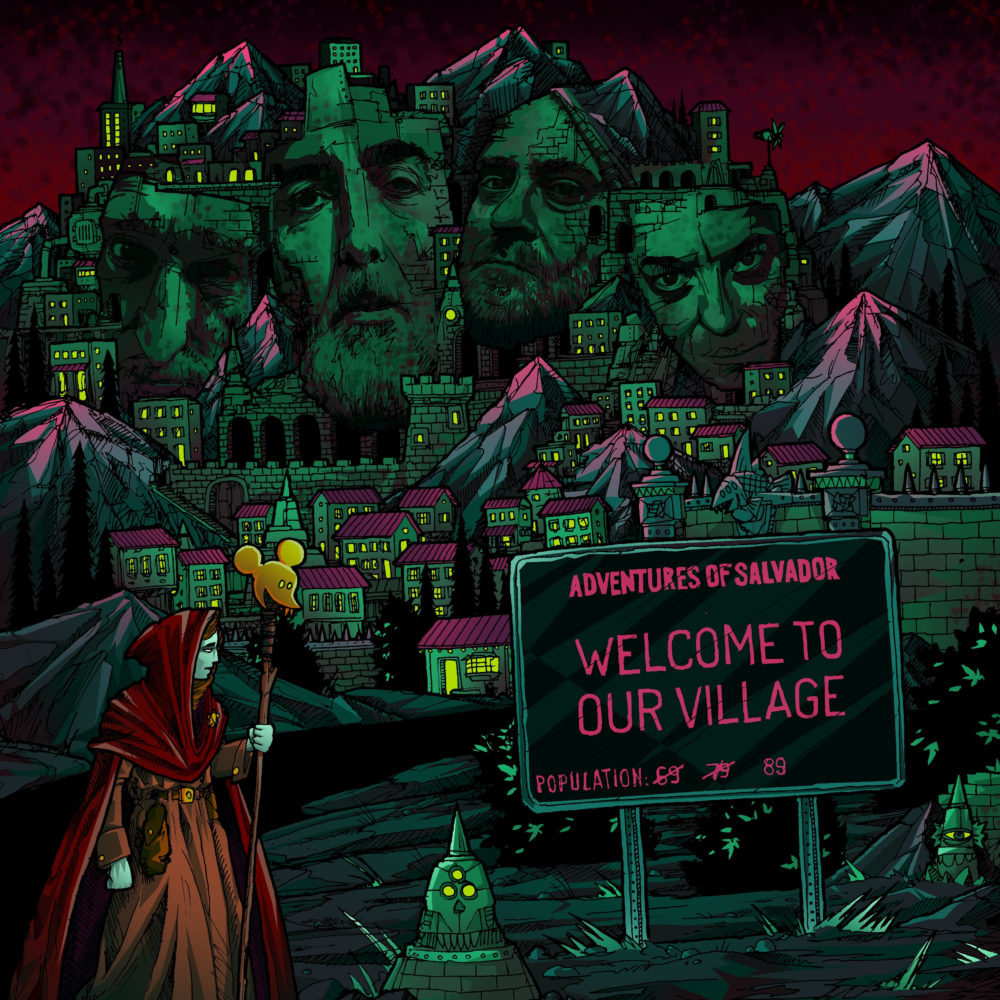 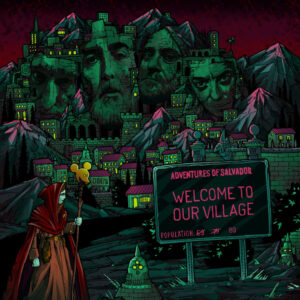 Welcome To Our Village

Bury’s finest proponents of Urban Surf Punk Rock are back with their second full length “Welcome To Our Village” which is a great leap forward from their debut album Drugs & Chocolate late 2016. Most people call it ‘the difficult second album.’ This myth is blown out of the water from the start says Wayne Carey.

After releasing their debut on their own label a few years back, playing loads of live gigs including Strummer Camp and making a name on the live scene, they are now signed to Manchester label German Shepherd who are releasing some interesting stuff recently. This must be a sign as this album stands out from the rest with it’s simple but strange rumbles of noise that makes you want more. Produced and recorded at Big City Jacks Recording Studio in Bury, Greater Manchester by Tony Long, the band have hit a new creative peak with their intense and hypnotic sounds. This is enhanced with stunning artwork from Jack Jerz. And to top it the vinyl was cut at Abbey Road by Sean Magee who has remastered stuff for The Ramones, Sex Pistols and Bowie to name a few!

Girl With The Broken Face kicks off with a flying start introducing old static footage from something or other, then the riffs kick in with full punk effect layered over with Loop-aznavour’s sneering vocals. Think Lydon’s snarl with the rolling R, the drawl of Mark E Smith and you’re getting their. He’s got that kind of voice, menacing yet funny as fuck as well. he even gets a theremin out for added effect. Nice start.

Uncle Walt is a track they’ve been playing live for a while now and had to be put down on record. Taking a cynical dig at the Disney empire, “Hey Kiddies, hand me down my gun, You see I’m the son a bitch that shot Bambi’s mum” Best line to the start of a song I’ve heard for ages, rumbling bass line catchy as hell and a great shout along “Bring me the head of Uncle Walt” It’s got that proper surf sound going on with a great production that enhances the whole sound. The keyboard from Loop also give you a 60’s feel, yet The Cramps run right through it in spirit.

Retroman is the first single to be lifted and is already being talked about in various music circles. a dirty swamp punk thang with attitude, dirty bass, dark keyboards and that snarl, it bounces and swirls along and gets into your head.

The album centrepiece is the memorable Welcome To My Village, a song with echoes of Royston Vasey and The Wicker Man, it is the tale of a hedonistic village elder who has his own population drive in full effect. The bass line is fuckin’ belting and it’s speeds along into a psychedelic maelstrom of guitars and swirling keyboards. It’s punk as fuck even 6 minutes in! Best thing I’ve heard yet this year.

Prettier Than You just rocks the fuck out in two and a half minutes of punk attitude with Loop snarling like a deranged Mark E “I’m pa pa pa pa prettier than you”. Nothing technical just a proper stomper of a single.

King Kong slows the pace down a touch (and I mean a touch), kicking off with some old Kong film footage. It swamp rock at its best, the theremin gets in there again the bass sound is slung low, the guitars grind and the lyrics take you on a journey from the perspective of that big gorilla fucker we all loved as kids.

Moody Blues goes into proper surf punk territory kicking off with that dirty bass again and speeding up with that Dick Dale type guitar sound, mental keyboards and an hilarious line about sitting in his easy chair, kicking off his shoes and listening to The Moody Blues, which of course in true Salvador style, they are taking the piss again. “I wanna kill The Moody Blues” shouts Loop (many would agree…).

Now Look What You’ve Made me Do ends the album in style. The whole thing with this album is the distortion sound on that bass has been produced to sound dirty as fuck, reminds me of the Membranes bass sound a little. “I’m a handsome man with impeccable taste, I’m a bonafide credit to the human race” states Loop-azvanour. He’s a cocksure bastard and sounds very convincing. Again The Cramps get a mention in sound and presence, and there’s even some late Fall going on here until that fuckin’ theremin kicks in again. It’s not exactly the Beach Boys this stuff.

If you like a bit of punk, dirty bass sound, upbeat psychedelia, then this is your bag. The verdict is my opinion, but if you want something fresh and out of the normal that makes you want to listen over and over again then get this album. It’s one of my favourite albums this year that should surely be in the end of year polls. Difficult second album?? They’ve fuckin’ pissed it!!

The band are kindly giving away a signed copy of the album on vinyl for one lucky winner below!