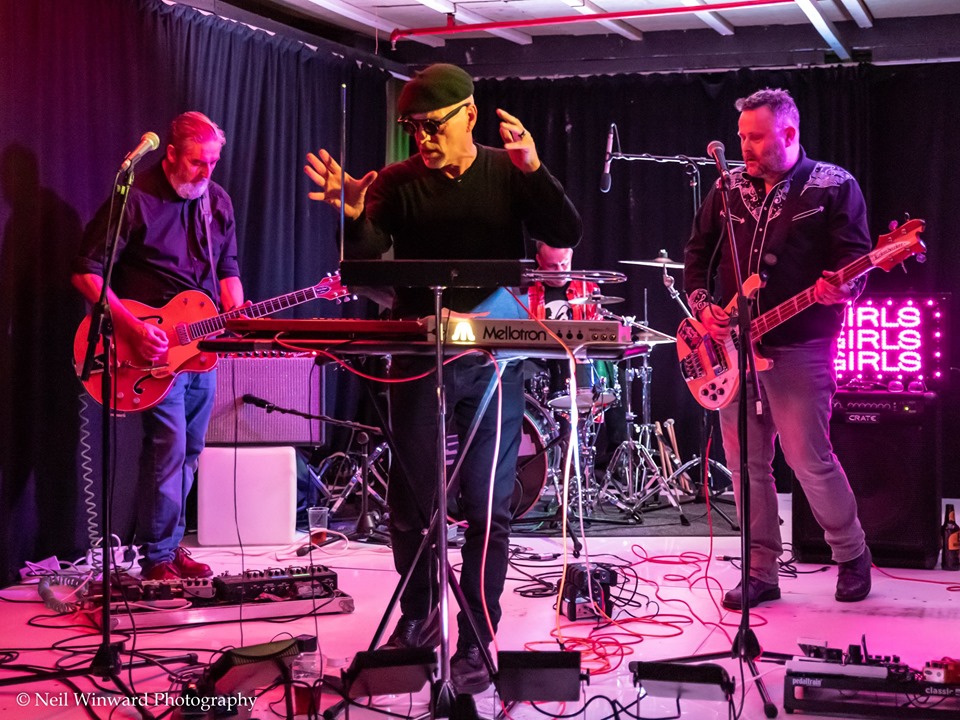 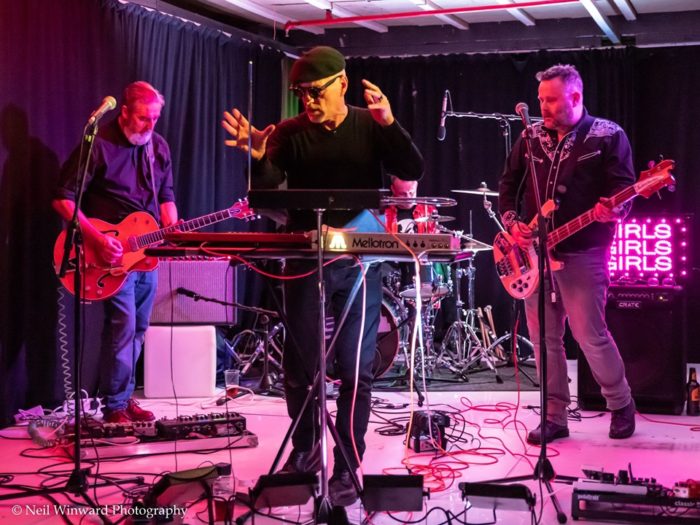 After reviewing Stepford Wives latest single for LTW I decided to check them out live, only realising it clashed with the weird bunch from Bury who are back with one of my albums of the year (review here) They are both in town, so I thought, why the fuck not watch em both? So I did! 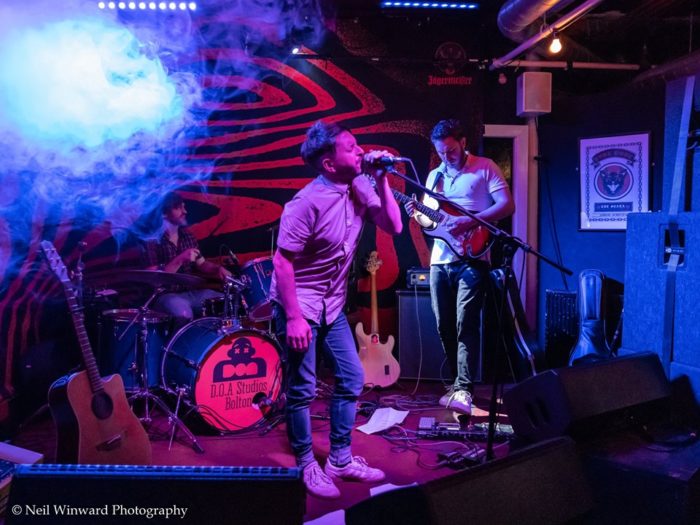 I arrive at Jimmys quite early as I’ve found out Narcissus are on the bill. This is also a fundraising night for Andy’s Fan Club which is a movement that aims to reduce suicide in men under 45. Obviously a great cause then as the rates are alarming at present. Ben Guy is a frontman with a voice like no other. I’ve been made aware that this is their first gig as a three piece again, however this isn’t showing. They play a magic performance and the sultry lighting of Jimmys suits them perfect. And they finish with a fuckin’ blinding Cuttin Thru Red Tape which still sounds epic with one man down. Could this be their time? 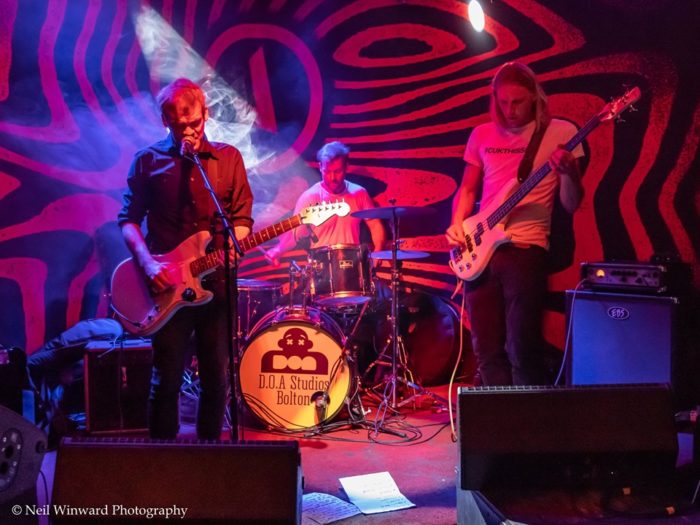 Partisan are my surprise tonight. LTW have covered them in the past, I’ve just never got round to catching em live (and Neil W has recommended them). They’re a tight as fuck threesome who at first remind me of Buffalo Tom, but as each track is aired I get hints of loads of stuff. Take a track called Oxygen which is a grand little number with a Manics feel to it. They even go all Royal Blood on the excellent Turn Me On. Things could go massive for this trio due to the dynamics of Stuart Armstrong and his passionate guitar wielding antics. I’m keeping an eye on this lot. 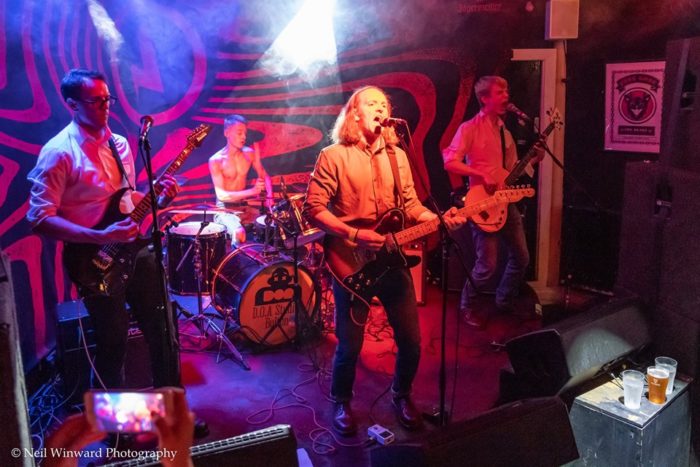 Stepford Wives are starting to make waves on the live scene. Only six gigs in and they’re starting to stand out with their infectious ska tinged rockers. They rocked the Academy last night and thunder through a cracking set here right now. Kicking off with a newy Soulwaves, frontman Nik bounces about like his two teenage proteges, especially when they do the top new single I Can’t Fight. Jerrod’s drumming is insane for someone his age and provides a massive backbone to the rest of the band, Rowan on bass, and Dom beefing up the sound with Nik upfront making the moves in his shiny Docs. First single Follow This Way goes down well and although a short set, it’s great to see the start of another Next Wave band cementing themselves on this thriving scene. 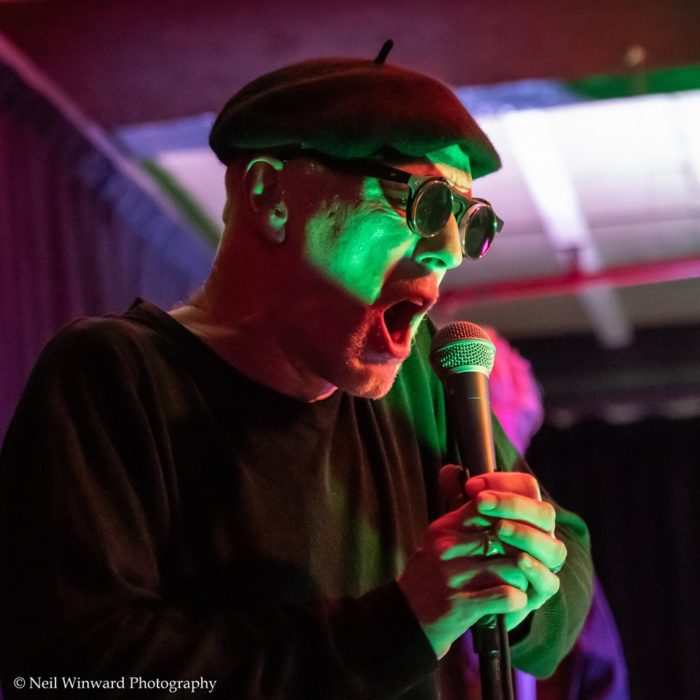 Next stop is the newly opened Yerrrr Bar for the next lot. I’ve got a posse now, cutting through Picadilly toward Ancoats way. The place is situated on the second floor of a converted mill and looks the part, minimal with a smallish stage, nice little place. The Bury oddballs hit the stage with the usual surf punk opening and get the mood going from the start. The set is filled with a mix of the first and second albums, including a cracking Girl With The Broken Face. Loop-azvanour is as strange as ever with his Mark E-Smith like drawl and his Theremin shenanigans, weaving his hands around like a fuckin crazed magician. Retroman is powerful as fuck live, with that dirty bass and guitar swamp thing mix by Nigel and Mark accompanied by the tribal beats from Mike. King Kong is unleashed on us, as is the hilarious Uncle Walt with it’s comedy and irony spreading across the venue. Highlight though has to be the sprawling Welcome To Our Village. I can feel the bass rumble as it kicks in and I become Bez for about 10 minutes at the side of the stage. Fuckin top tune that does it. Salvador can just do it live with their unique brand of surf punk that has to be caught live for the appreciation. Coming to a venue near you….

Photo credits: Neil Winward Photography. Use of these images in any form without       permission is illegal.