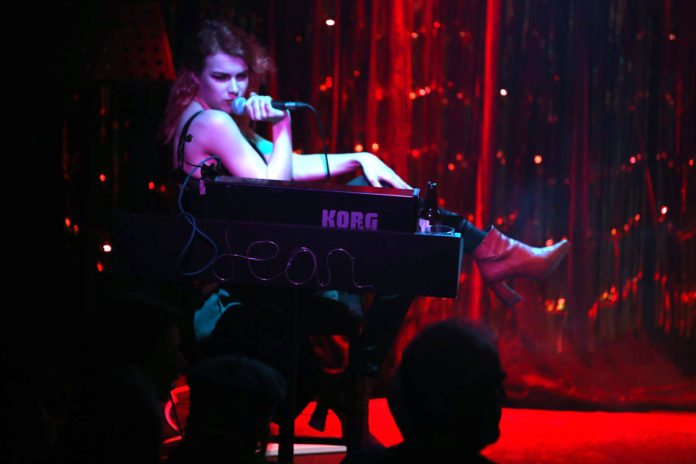 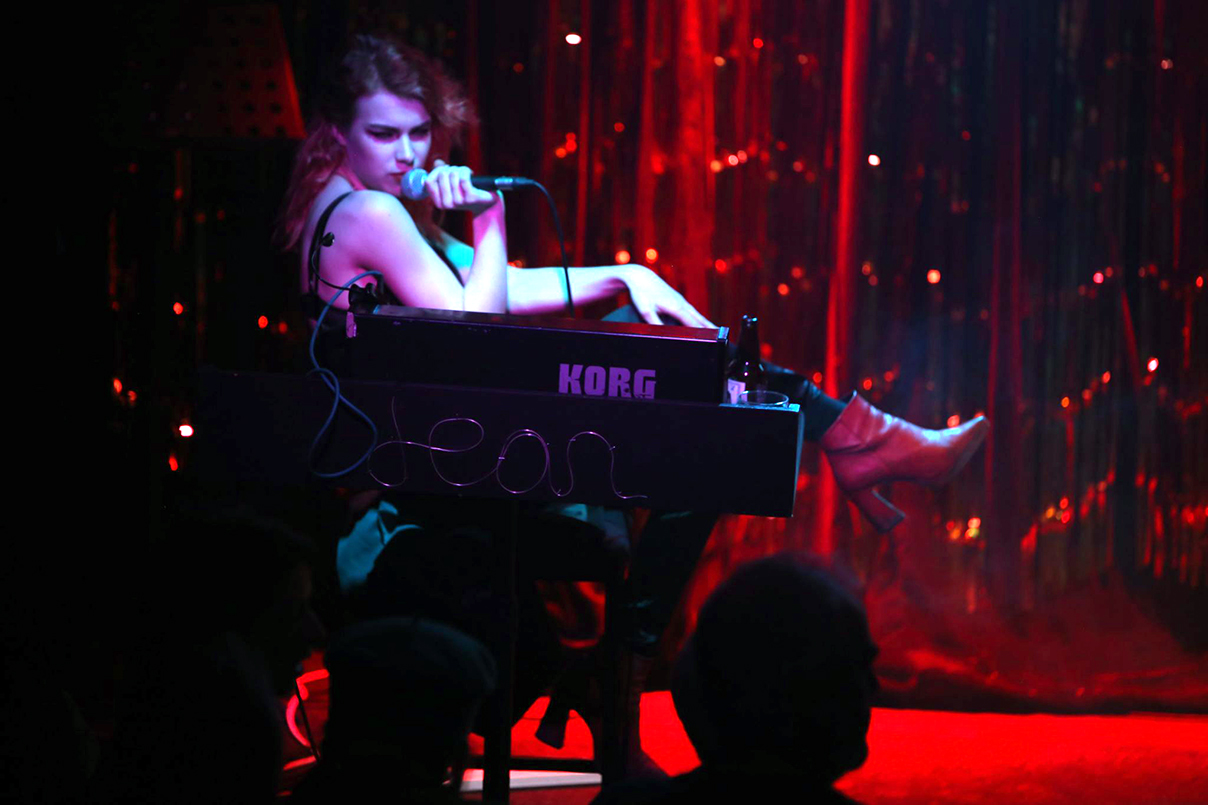 Paul Clarke loves the beats and sleaze of Adult Entertainment.

If you’ve been going to gigs as long as I have then you know it’s always worth checking out the support act as occasionally you unearth a gem like Adult Entertainment.

This is Sheffield synth wizard’s Adrian Flanagan’s latest project, which might make him the hardest working man in underground pop as he is playing later at this Independent Venue Week gig with Eccentronic Research Council, and he is about to revive Moonlandingz with Dean Honer.

For this trans Pennine project, he has teamed up Salford’s Charlotte Cannon to create what they have dubbed ‘moist sounds from the underground’, and whatever that means they certainly try to achieve that concept on stage.

From the moment Cannon struts onstage playing the role of a sultry European chanteuse you know this is going be both fun and challenging. Although the mood could have broken by someone shouting out to Cannon: ‘is he your dad?’, which the older Flanagan tactfully bats away as he fiddles with his vintage Korg synth.

This is the sort of music that Vanessa Paradis might make if she was from Salford, and would be perfect for entertaining punters between live sex shows in Amsterdam.

But behind this idea there is a clever musician working with a great vocalist, which all comes together on the catchy, driving Europop of ‘Lick, If You Like The Line’. It sounds filthy but actually comes from Flanagan’s dog Klaus licking Cannon’s hand when the canine critic liked a lyric she read out from her notebook. 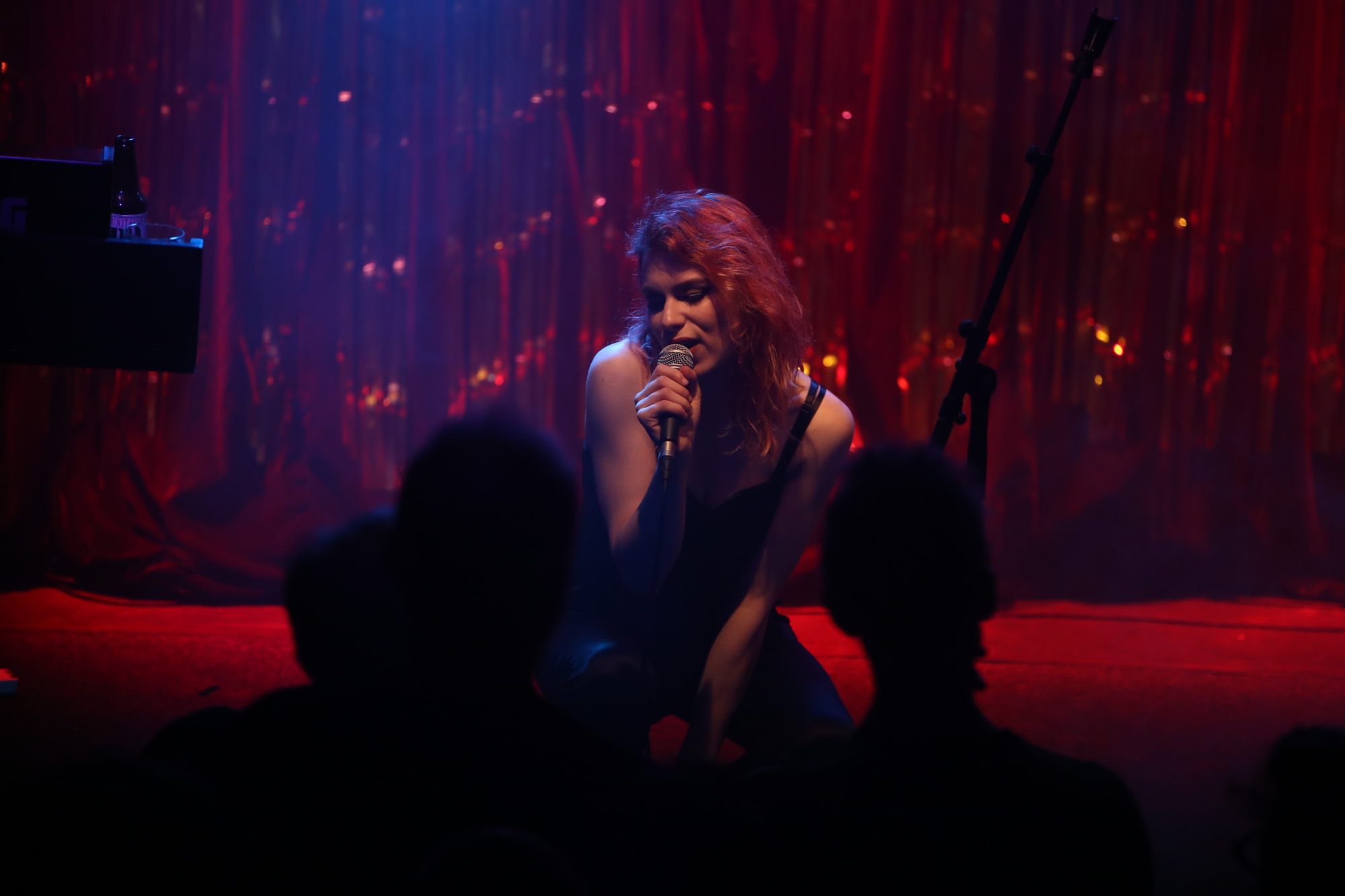 Cannon is certainly working the crowd pouting, squatting, draping herself over the spare synths, sashaying around the stage and all she lacked was a pole to twirl round. It might be tongue in cheek, but is a focused and compelling performance. That’s especially true on a hilarious pop tribute to 6 Music DJ ‘Mary Anne Hobbs’, who as Cannon notes sounds like she might ‘climax every time she speaks.’ 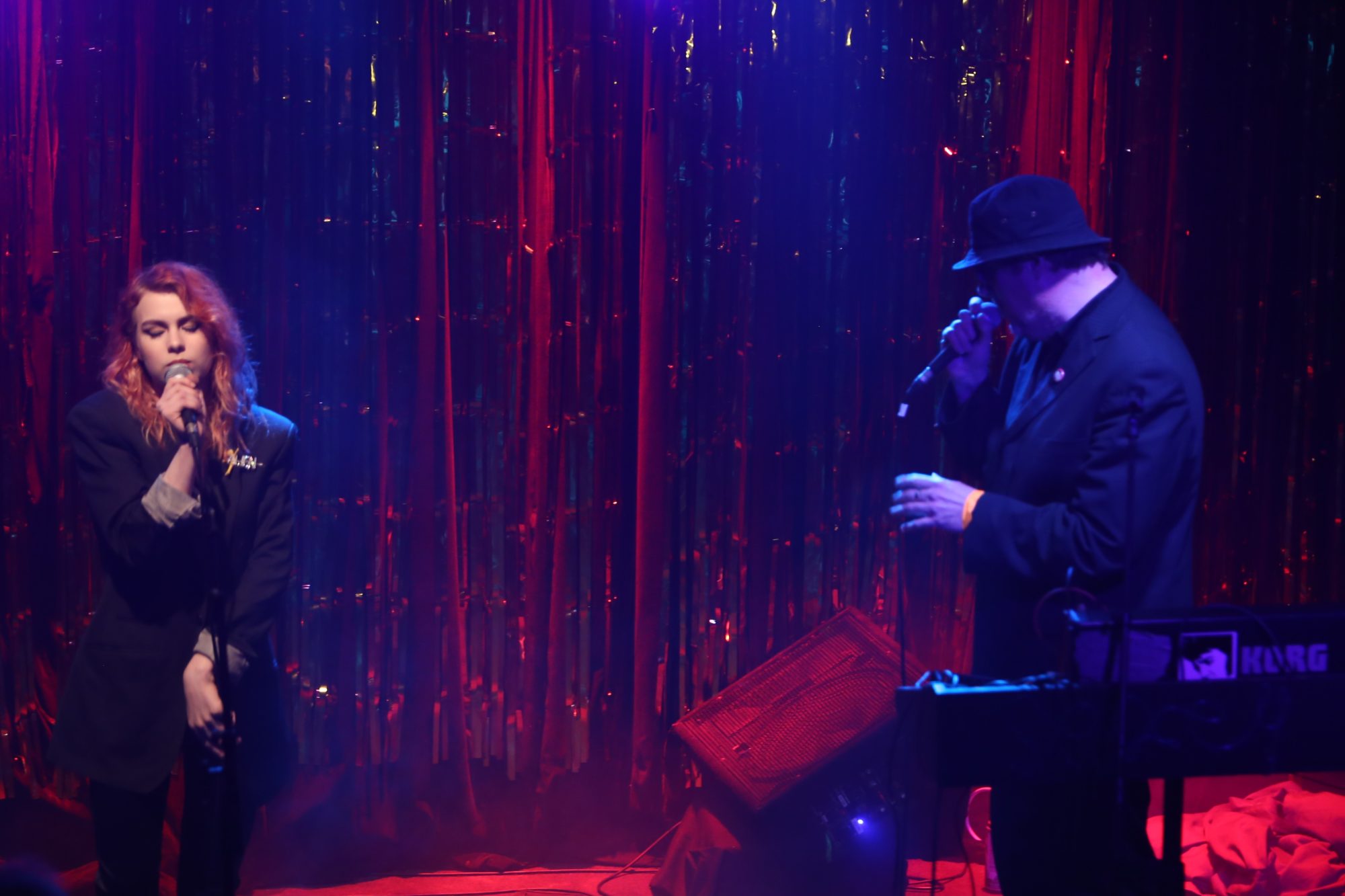 Flanagan increases the BPM to 121 as Cannon takes a vocal wander round a dancefloor asking if ravers are missing their gear, and they throw in a new one ‘Banned From This Country’ offered as a sleazy response to Brexit, which had finally happened only hours before. Flanagan closed the song with an ironic rendition of ‘we’ll meet again’.

This might seem like a side project, but in reality, it’s a smart and sleazy homage to seventies Europop, with a touch of Krautrock thrown in, delivered by two performers interested in making you dance and smile. The best of all combinations in my humble opinion.