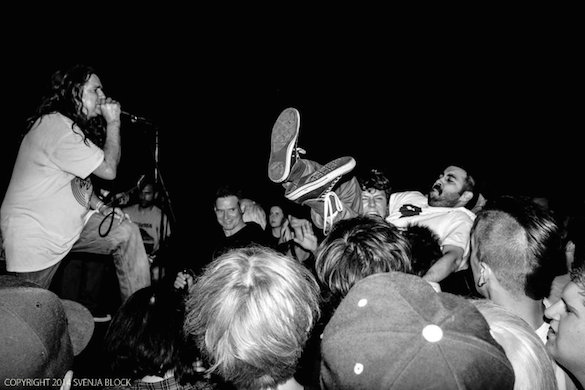 Photo of The Adolescents above © Svenja Block

Californian punk band The Adolescents were there from the start. Following a break they reformed just over a decade ago and have been going strong ever since. Their most recent tour of the EU took them to Berlin on 13th August where Louder Than War photographer and wordsmith  Svenja Block caught them playing an epic set of nearly 3 hours length.

Certain punk rock bands nearly always manage to create a certain hype prior to playing a show. Being in a legendary Californian punk rock band that plays a headlining show in Berlin adds to the hype and excitement. The Adolescents pulled off an unforgettable night at Cassiopeia in Berlin. 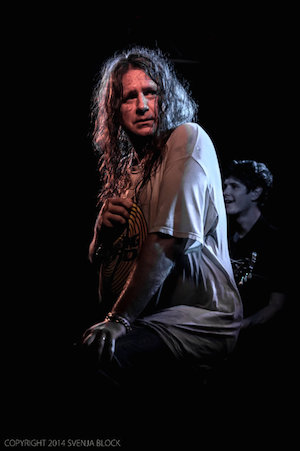 The Adolescents go back a long way. Founded by Steve Soto and Tony Cadena in Fullerton, California in 1980, many credible and well known punk, metal and alternative bands have noted them as an influence, such as Red Hot Chili Peppers, Mudhoney, The Offspring or Pennywise. It’s a well- known fact that the band was originally made up of early members of Social distortion and Agent Orange before they went through several line-up changes through the decades and releasing albums that received cult-like status.

Fast forward 2014 and they brought their just released 13 track strong new album ‘Presumed Insolent’ on the road and to Cassiopeia in Berlin.

I was amazed to see masses of young faces in the crowd; many seemed to know the songs and were punching their fists in the air and singing along. The moshpit was wild and occupied by sweaty and energy laden individuals – just how it should be. 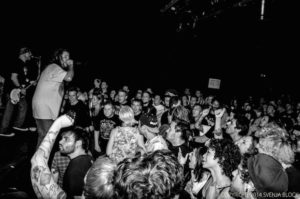 There was no visible set list (at least one is usually taped onto the floor somewhere) but Tony Cadena managed to pull a piece of paper out of one of his pockets every few songs if memory serves me right to show his bandmates. He couldn’t help jokingly telling the audience to go home once in a while and I remember him introducing song 41 after playing an epic back catalogue spanning more than three decades, but not mentioning the actual name of the track in question. One of the undeniable highlights was ‘Amoeba’, one of THE great classic punk singles of the early 1980s that was originally released by Posh Boy Records and simultaneously produced by the record label’s owner Robbie Fields.

I don’t think anyone expected them to play a show this long but people were very impressed and full of respect to be entertained by true legends. All this for the price of around 10 Euro…it didn’t really matter that they did not play ‘I Hate Children’, what mattered was the fact that they played because that’s what they love doing in front of a full house.