Home Music Bands Adam Yauch aka MCA from the Beastie Boys : an appreciation 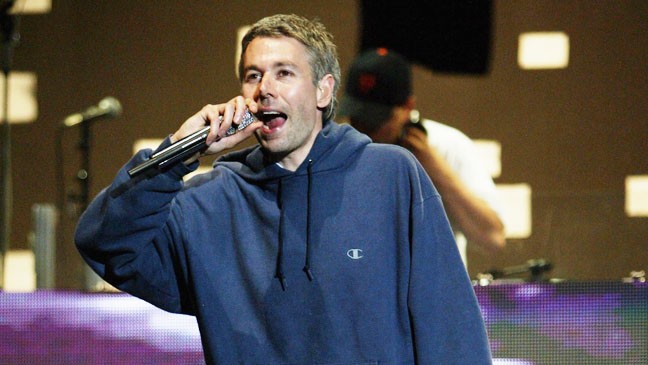 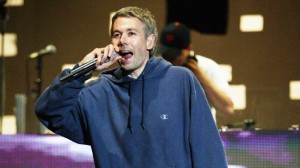 We come here to bury another one of our punk rock brethren, Adam Yauch aka MCA of the Beastie Boys who sadly passed away today. There is always something extra sad about someone this vibrant who filled the world with such fun being grabbed by the bastard grim reaper and you couldn’t get much more fun than the Beastie Boys.

It’s hard to believe that it’s more than two decades since the band were the scourge of the tabloids with their calculated brat image that resulted in the famous riot in Liverpool. They had been born out the US hardcore scene with their band initially called the Young Aborigines, acolytes of the genius of the Bad Brains who, despite being in love with hardcore, we’re destined to bottom of the bill enthusiasm without top of the bill raw power. Every hardcore band loved them because they were the good guys and when hey fell in love with the emerging hop hop scene their ebullient debut album was the one of the high points of the nascent scene.

Hearing the new hip hop coming out of their hometown of New York they made the unlikely switch to rap and their Rick Rubin produced debut, Licensed to Ill which took this new fangled hip hop music into the previously unsure white suburbs and helped break the form into the mainstream.

Listening to the album now and it sounds more like a rock record than a rap record and that was its appeal. Fast and bulbous AC DC riffs colliding with monster beats and those fantastic yelping vocals from MCA and his buddies that were the pure sound of spotty teenage stupidity but with a sharp intelligence that would unfurl itself later.

The band were the perfect teenage party band with their goofy personae and their couldn’t give a damn, riot in yer pants good time soundtrack. On paper, though, it looked like a moment in time, a one hit wonder with a big album to back it up before disapearing. It looked like they were going to be trapped as permanent adolescents in goofball land, faced with the prospect of being 30 year olds in daft shorts and silly hats rapping about mom and pop spoiling their good times.

But they were far smarter than that and returned a few years later with the more introspective Paul’s Boutique which caught everyone out with its hipster trawl through car boot sale culture and funkier riffola. Anyone expecting sick on the carpet dumb dumb boys had to readjust whilst a minority of music heads fell for the new Beasties and the whispers started that the band were capable of so much more than was initially expected.

Their third album, Check Your Head continued in the same vein with the band playing their own instruments, incorporating neo Mingus style double bass, funky licks, great beats and a great life affirming sense of humour in their raps. The album went top five worldwide and brought off the most unlikely comeback of its time cheering everyone up in the post Cobain comedown. The follow up Ill Communcation continued this theme, It’s lead of single, Sabotage, perfectly captured the new Beasties with its pastiche of seventies cop show video and with its music that was part post hardcore Fugazi riffing and part hip hip attack- it was a work of brilliance and I made it single of the week in Sounds.

Their shows were now proper riots, party riots instead of bottle flying tabloid types of the earlier years and their hilarious videos were brilliant skits on pop culture and showed the trio off as hilarious pop finsters with a hipster touch. The album was everywhere and was a perfect document of mid nineties culture carrying retro chic, great beats, hip hop and a return to their hardcore roots in a soupÃƒÂ§on of brilliance that you would hear everywhere when you went out

They went more electro on later releases and still hit the number one spot in the American albums, there are plenty of gems on the later albums and the band were still capable of selling out the big venues. The grown up MCA was now part of the Free Tibet campaign, a Buddhist and had a more political message- having spats with bands with sexist lyrics and displaying a consciousness absent from their earlier image. Their middle class roots were showing but their Funtime attitude never changed and despite their salt and pepper hair, creeping middle age and their love of old jazz records they still somehow sounded like the eternal teenagers when they rapped and that’s why we loved them forever- they touched our own eternal teenage souls with their abundant energy, sense of joy and those teenage yelp raps with a timeless joy that is so often discarded in pop music.