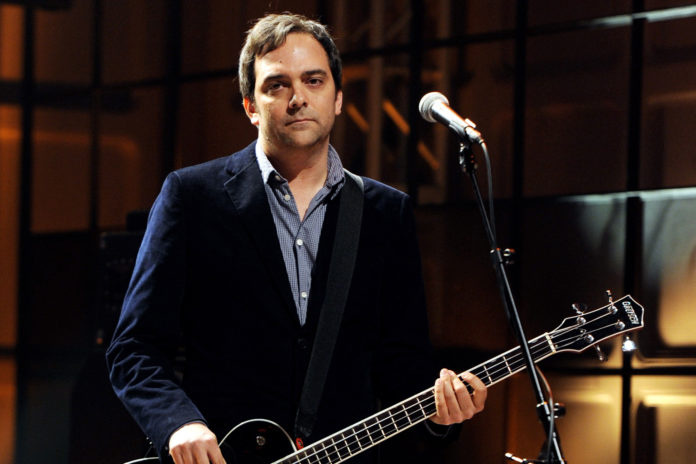 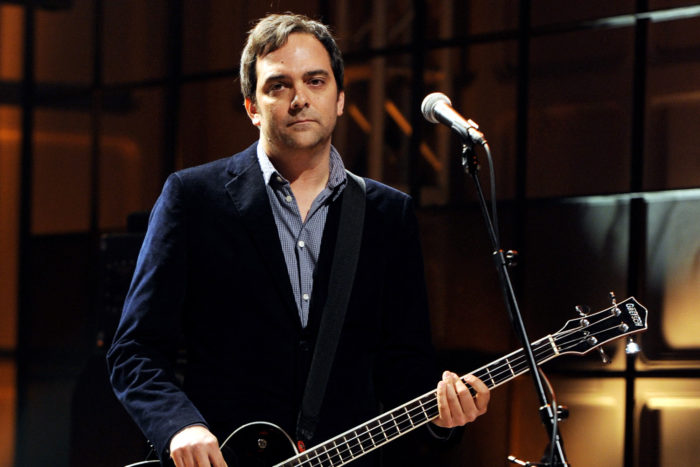 Whether penning white-collar laments or Hollywood hits, Fountains of Wayne co-founder and established songwriter Adam Schlesinger – who has sadly passed away from coronavirus – had a pure and peerless pop majesty.

When news of Adam Schlesinger’s passing became public, one of the first people to reach out was Tom Hanks.

It made sense, but for more reasons than you might think. Hanks, one of the leading lights of Hollywood, became one of the first high-profile stars stricken with coronavirus. While the actor has thankfully made a full recovery, Schlesinger has sadly not been so lucky.

“He was a one-der,” Hanks proclaimed via Twitter. They shared much more than the condition, however – in 1996, the Forrest Gump star approached Schlesinger to write a song for his film, That Thing You Do!

Forget top 40 placings, it had to sound like a hit – this is a movie about a band that goes from ‘60s music halls to sharing radio play with The Beatles.

Schlesinger, of course, achieved it in spades. The breezy strut – sugarcoated in simmering harmonies, rockabilly riffs and smart songwriting – could easily have fitted in amongst the anthems of the decade.

It’s a modus operandi that has firmly cemented Schlesinger as one of pop music’s most intelligent and eclectic songwriters.

Hanks has not been the only one to express mourning. The breadth of celebrities to articulate their grief neatly demonstrates the arbitrary and extensive impact Schlesinger’s work has achieved.

Fran Drescher had been working with him on tunes for a musical version of The Nanny. Jimmy Kimmel praised him for his work on puppet comedy Crank Yankers. Stephen King, Bret Easton Ellis, Chris Addison, Darren Criss…the list of tributes is as touching as it is sweeping.

It’s not surprising when you uncover just how many random corners of the entertainment world had been embellished by Schlesinger’s work. With the band he co-founded, Fountains of Wayne, their literate, wry songs sound-tracked similarly quick-witted shows such as Scrubs, Gilmore Girls and The Office US.

On his own, Adam Schlesinger composed songs for shows as random as Sesame Street and The Colbert Report. Acclaim and allocates suitably followed, including an Oscar nomination for That Thing You Do! Heck, such was his talent, he won an award for a song he penned for another awards show – picking up an Emmy for a tune he crafted for the 2011 Tony Awards.

He’ll perhaps be best remembered for his work with Fountains of Wayne. For nearly twenty years, Schlesinger and co-founder Chris Collingwood crafted sharp observations about the minutiae of suburban life. Their songs were not just throwaway ditties – they were rich character studies of losers, dreamers, lovers and hopers.

“I often worked from titles and free associated,” Schlesinger told me in an interview from 2016. “Our songs have a bunch of specific names and familiar, real places in them…there’s value in any mundane experience if you look at it the right way.”

That combination of geographical distinction and everyday banality helped to create unique songs that matched humour with heart. FoW’s tracks serve more as relatable snapshots that express the desires, distresses and humour of the clock-punching ilk.

It’s there in the beautifully melancholic Sick Day, which chronicles the turmoil of a temp fresh out of college (busted copy machine included). You can feel the sea breeze and simmering tensions on the wistful, sympathetic The Summer Place. You chuckle, but sadly relate, to the couple trying to juggle work with futile exercise routines – and King of Queen marathons – on the zippy, sleek Someone to Love.

Fountains of Wayne – and Schlesinger – hit their creative peak with 2003’s Welcome Interstate Managers. Over 17 songs, the band weave a rich thread of struggling nine-to-fivers with bare sincerity and sharp humour.

Hackensack is a poignant tribute to a famous friend that took on a surreal edge when Katy Perry covered it for her 2009 MTV Unplugged appearance.

Another highlight is All Kinds of Time, a track where Schlesinger focuses on a fleeting moment to devastating effect. “It’s really just a few seconds in the middle of this football play,” Schlesinger explained of the song in 2015. “Trying to take this tiny little moment in time and expand it over the length of a three-minute song.”

That approach has yielded amazing tracks that are as relatable as they are riveting. The young lovers in Troubled Times? The jaded three-piece suit in Bright Future in Sales? We’ve all been there.

Ever since discovering Fountains of Wayne – I became indoctrinated thanks to Stacy’s Mom – I have tirelessly campaigned for them. I’ve cornered colleagues, friends and fellow musicians with outpourings of praise. Any opportunity to play Welcome Interstate Managers has been taken.

My sentence would always be the same – “they are so, so much more than just that one song.”

If there’s one comforting aspect of Adam Schlesinger’s sad passing, it’s that I am one of a great many that share this sentiment.

Adam Schlesinger blended scintillating lacerations on love and life with well-educated songcraft. He’ll be remembered as one of pop’s purest songwriters. His legacy is of celebrating the little victories and reflecting on the cruel defeats.

Right now, as we mourn another brutally unfair loss to an unforgiving pandemic, the latter feels devastatingly accurate.