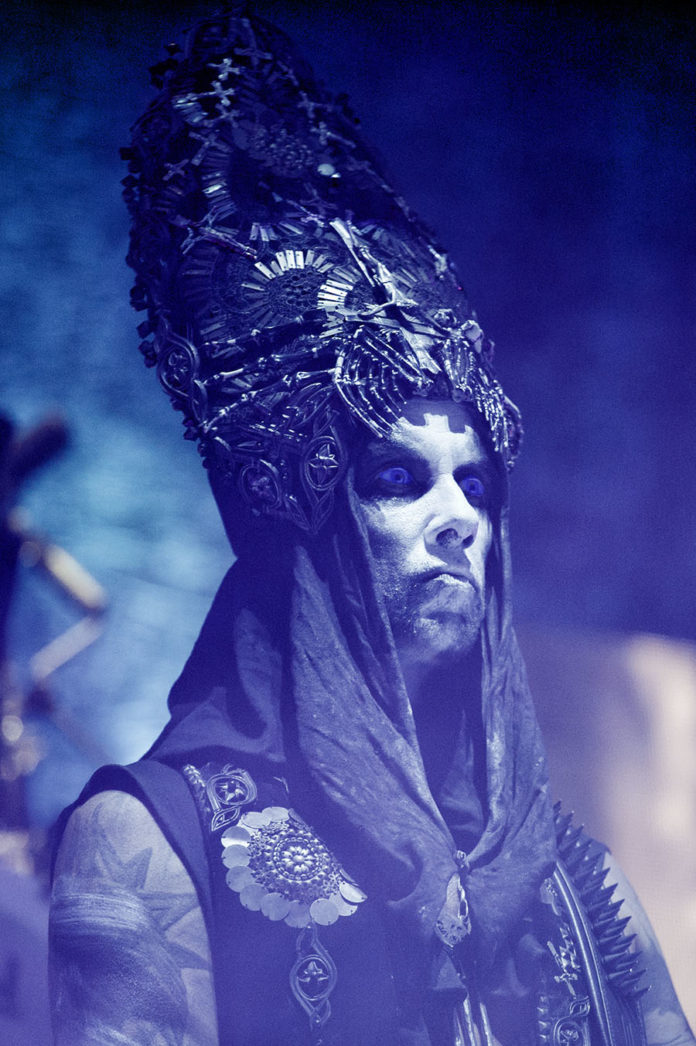 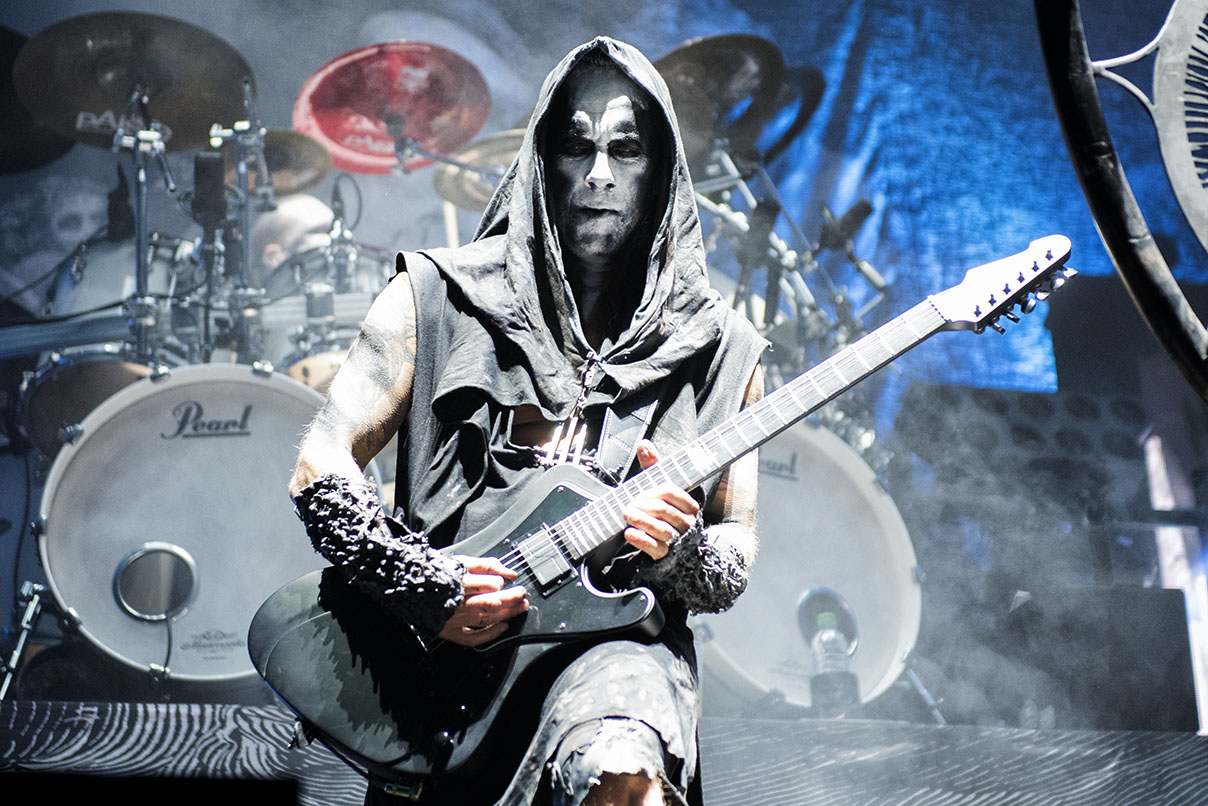 Adam Nergal Darski, frontman of Behemoth and creator of Me And That Man, jumps on a call with LTW’s Lucy Shevchuk to talk Behemoth, Me And That Man, religion, politics and of course, music.

If you are familiar with the metal giants Behemoth, you will know that they have been through a somewhat controversial fight over the years. They continue to fight for free speech against the Polish Government and fight against their blasphemy laws. This is all whilst creating some of the best, most dramatic, dark and brutal music. Nergal, Behemoth’s front man and creator of Me And That Man is a multi-talented, creative and down-to-earth individual. We chatted about…pretty much everything. Let’s get straight into it, starting with the brand new release by Me And That Man, Nergal’s solo project.

Nergal: First of all we work on the raw material starting with a raw track, then we start to shop around and see who’s available for what. I have my wish list. It’s like sitting around a big puzzle and really stressing your brain; “will this work, will this not?”, “maybe we should do that with this person..”. It’s never sure shots! It’s a lot of fucking around. You can’t really go wrong with these professionals though, with guys like Blaze Bailey the whole roster is just so impressive. I wouldn’t know where to start.

It really is impressive, I especially love the track you have done with Mykur.

There’s a mutual respect with Mykur. She is one of those artists where there aren’t any other artists like her out there. We sent her the song and she recorded it just into her laptop. I was blown away, it was magic. We kept that take, she wanted to be sent to a professional studio but I said “no fucking way!”. I couldn’t be happier with that track. We have worked with many females before and we love working with them. I love women in the first place. It was a very masculine project from the start. But when we opened up to working with females, it seemed the air got better. The energy levels out. I bet my life the world would be a better place if more women did politics. You know, instead of fat, ugly, balding dicks who are putting us on the road to ruin like the Polish government. I pray for more women in my life. Not just socially but artistically, creatively, and in politics.

What made you decide to do a solo project and then also bring in the guests? Was that something you always wanted to do?

The first record was just about me and Jon, so it was more of a duo, but then he quit. After that I thought okay, I’m definitely not looking for another partner in crime. It came naturally; I was looking for multiple partners and sensed that this was the way to go. It’s fucking stupid to think of comments like I am trying to capitalise on bigger names. If you look at the record there are big names, there are unknown names, medium guys and, if you want, “rock stars” as well.

I think creatively it’s always good to have a range of influences and artists and opinions. Creating something that isn’t expected is always a good thing. Do you find that has helped the success of the record?

It’s like throwing a party. You don’t want too many people who are too posh so everyone’s all uptight. You invite some homeless and some random guys. Trust me this album is exactly like my parties. When I throw a party, I bring a mixture of individuals who all end up in a room. I sit there like a little fucking devil and watch how they co-exist and interact. It is an experiment, but I’ve gotten plenty of compliments from people; whether it be scientists, artists, priests, anyone. When we played in Siberia, there was a priest who came backstage to hang out with us and it was awesome! We were drinking vodka and talking. I truly believe intelligent human beings can co-operate on so many levels. It’s about building connections rather than disconnections. This is why I see Me and That Man as an extremely powerful and positive entity.

In Absentia Dei is being released 17th December on DVD/Blue Ray, from the Halloween stream from 2020. Looking at the locations and the scale of the performances, how much work and planning goes into pulling off something so stunning?

It takes forever. A lot of energy, engagement and dedication. But, the point was to step up and out-do ourselves and we did with XXX Years Ov Blasphemy. I’m still very happy with In Absentia Dei. With this one we worked with Gomez in London and mixed the record outside of the country, which was super beneficial to the outcome. We had three different locations, several days of filming and shooting and a lot of editing; I don’t know how many months of preparation and then editing. Don’t even mention the financial investment! That was fucking brutal. But this is the way to go for Behemoth. You’ll never see Behemoth doing half-arsed things.

What I’ve always liked about Behemoth is how far you push your expression, your music, your videos. It’s incredible to see artists willing to carry on pushing the boundaries of what they are capable of.

At the end of the day, it’s only money too. It’s never the ultimate goal to pay bills. We’re going to make our money this way or another because we’re smart business men as well. You’ve got to be smart. The first thing is how crazy and how insane can we go with the next video and next show, how can we impress the fuck out of people. It is death before dishonour. I’d rather quit than do half arsed-stuff for a bit more dollar in the pocket. 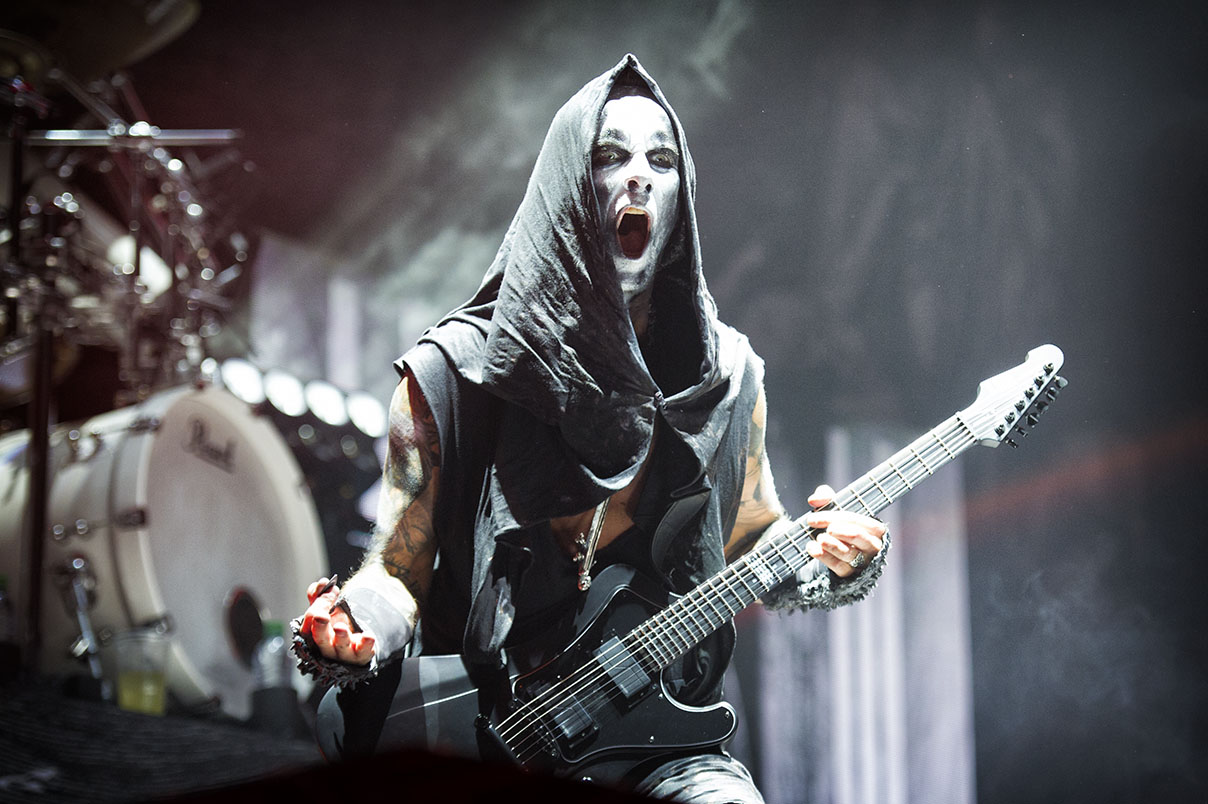 It is all worth it. I’ll never forget my first Behemoth concert, because of how impactful that was from the music to the stage show. I definitely won’t be the only person who has that experience fully lodged into their memory for life..

That really is the fuel to my creation. Those kind of opinions keep me going and keep me working harder and harder. Thank you for saying that. It doesn’t fuel my vanity though. Being an artist and doing music is a very ego-driven thing, but getting that feedback means I’ve done something right here and it’s very appreciated.

I think it’s really important to talk about the Ordo Blasfemia movement. Can you go into what the movement is?

Yeah, it was really a desperate cry for attention really. I’ve been engaged in these blasphemy law suits since 2007; that’s 15 years ago. I’ve always paid for that, it’s almost like a VAT tax on who I am. I kept waking up to another letter and another letter from a lawyer. It got too much. That’s when I went online and asked please guys, help me. I came up with this campaign very spontaneously with no plan, but we’ve tripled the money since. We will use the money to help people out, like the artists in need who are being persecuted for saying a fucking paragraph. It’s ridiculous.

It’s not just artists anymore that are being affected by the Polish Government’s anti-blasphemy laws – which makes this a problem everyone from many walks of life should take notice of.

Yeah, its regular people. You post something on Instagram and BANG, all of a sudden you get the notification mentioning religion. So it’s really about making a very strong statement and confronting, antagonising, the absurd folklore. That’s what it is, it’s outdated, it’s some stupid outdated belief. I keep pushing and doing the best I can. Any sign of support from you guys even just a good word, tag me, share the posts; that’s not be begging, I can manage this regardless. But if the world can help, please do that.

What can everyone expect next year from Behemoth?

That sounds ridiculously exciting. What about Me And That Man, what have you got coming up?

Next year we’ve got a handful of festivals. I’ll be going back and forth between Behemoth and Me And That Man. We are actually playing some of my favourite festivals; Wacken, Graspop, Hellfest and more.

Use of images in any form without permission is illegal.