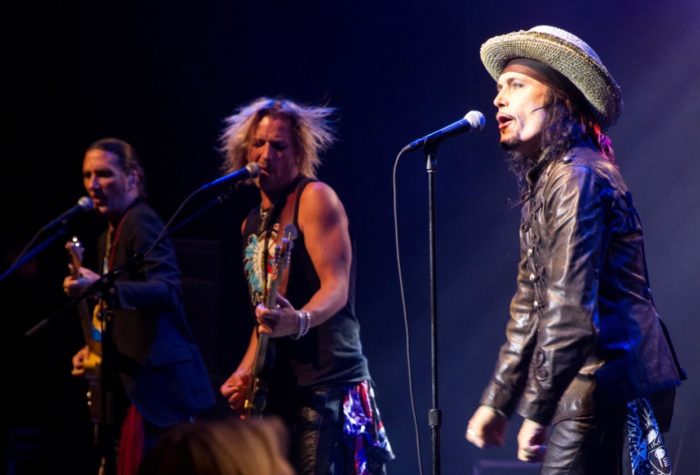 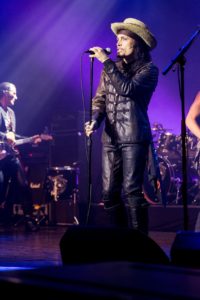 A riveting and vibrant start for the U.S. Anthems Tour revisited, as Adam salaciously appears from the darkened abyss, onto the well-produced, multi-chromatic grand stage of the Mayo Performing arts Center to sing his premier track, “Beat My Guest”. He’s looking fit and oozing with sexual tension, with an irresistible swagger, and the crowd rise from their seats, exhilarated. The  punk rocker, extraordinaire, never grows tired, and neither do his shows, as I’ve seen him live over 35 times in the past several years. Instead Adam remains a venerable statesman in the rock genre, and an iconic example of excellence.

The congregation extremely and uncritically fond of the treasured rocker get exactly what they came for as they marvel at their radical idol while he sings, Viva Le Rock, Apollo 9, Friend or Foe, Antmusic” and the remainder of the full 25 song set list. His anthemic hits, examples such as Prince Charming, Greta X, Desperate But Not Serious, Stand and Deliver, and of course Adam’s heart, Kings of the Wild Frontier sound fresh and relevant. His four-song encore includes Goody Two Shoes, Lady/Fall Out, Red Scab, and Physical, his usual grand finale.

The band is tighter than ever, well-rehearsed and radiant: Will Crewdson, lead guitarist, and master of nearly every cool band on the planet, sporting some outrageous eyewear; Mighty Joe Holweger, on bass looking hot as ever, hair flowing in the wind; the magnificent A.P. Leach, also on guitar, appearing suave and handsome; Andy Woodard, entrancing as ever,  playing one of the drum kits along with the fabulous, ravishingly beautiful Jola, pounding the drums as well, both set high above the stage, overlooking the band.

A quick word about opening band, Soraia, who cannot go without a mention. Members include: Zou Zou Mansour, Mike Reisman, Travis Smith, and Brianna Sig, encompass one of the best supports I have ever seen. Their music is punk-flavoured, and they rock the house. They prove to be a very talented ensemble. 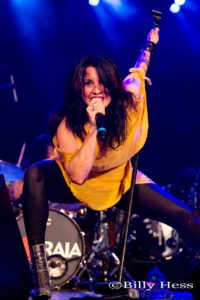 There are several Adam Ant virgins in the audience who leave the venue vowing with their complete souls to see the other two concerts in the area, as well as frequent the sparkling superstar in the future. As for the loyal fans in this sold out performance, there’s not a disappointed expression in the entire arena. You can be assured, Adam gives each performance everything he possesses and more. The 80s rocker, voted the sexiest man on earth by MTV, takes his production to the highest heights humanly possible, and then effectuates even more than humanly possible. If you can catch any of his performances, don’t hesitate, they are life-changing in the best imaginable way….Adam is better than ever!

Aside from this American tour, Adam will be playing the Kubix festival in the U.K. On August 11th, and will also be appearing at the Roundhouse in Camden December 19th and 20th…

All words by Eileen Shapiro, you can read more of Eileen’s work here