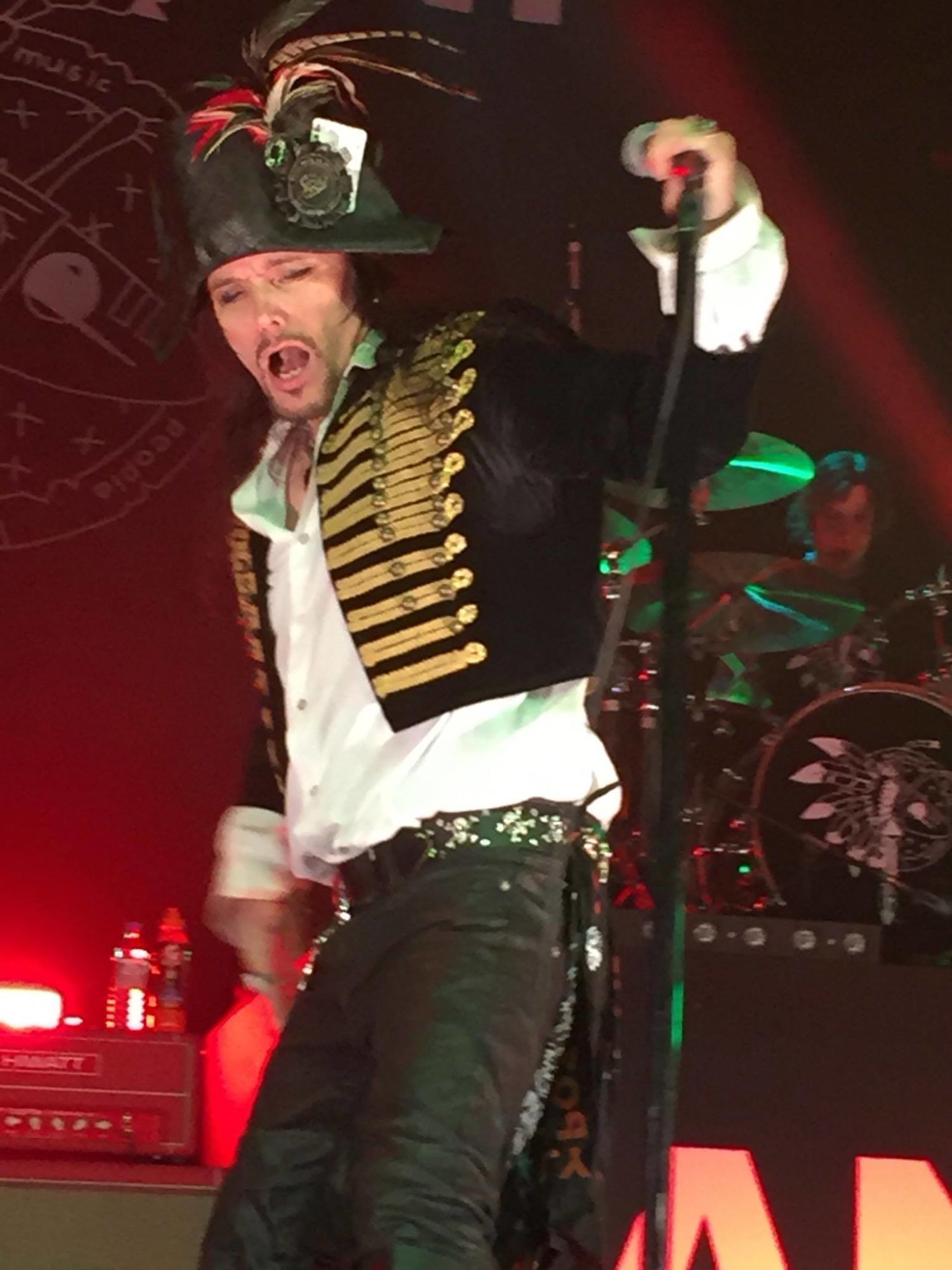 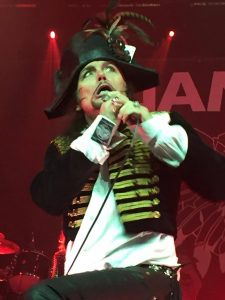 Kings Of The Wild frontier is one of the great albums.

In terms of vision, ideas and pure artful pop it’s one of the perfect British pop albums. Post punk Adam Ant turned himself into a pop star with an album that was 3D technicolour pop – there is an in depth review of the album here. Listen to it now and it’s mind blowing in its scope and imagination and the decision of Adam to take it on the road is the perfect follow up to his revisiting of his debut album Dirk Wears White Sox.

The tour kicks off in Ipswich at the Regent Theatre – a huge seated venue, but not for long as the audience all piled down the front. Adam takes the stage and is looking like a lean machine, having lost weight – he is in great shape and got himself into peak condition for the tour. His hair is also longer and he is dressed in his classic braid jacket with his now customary tricorn pirate hat and looked happy and without any angst.

After hitting the stage the band play a powerful take on the whole of the Kings album straight through with no talking between the songs bringing the album back to life after decades. It’s hard to remember now just how huge this record was and how much of an impact those tribal classics like Dog Eat Dog and the title track made once they were hits. 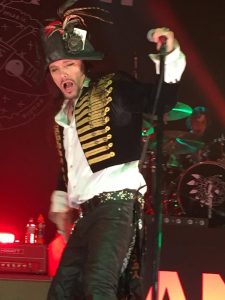 The last song on the album is Human Beings and is a LTW favourite – a powerful, rumbling song and paean to the native Americans. The current version has a bigger sound than on the album and is a great way to finish off the Kings set.

With Adam live you always get your moneys worth. This is no mere rerun of just the classic album only and they return for the many encores which are a variety of b sides from the same era as Kings and other Ant classics.

Someone in the audience shouts out for debut single Young Parisians so Adam did an impromptu solo version with the crowd singing along.

There is a moment of confusion after the second encore as the  house lights come on and people started to leave. Of course the band return and play a cover of Bolan’s genius Get it On and then a thundering take on Physical before Adam then added Red Scab to the set 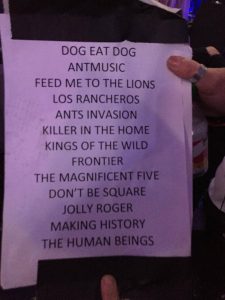