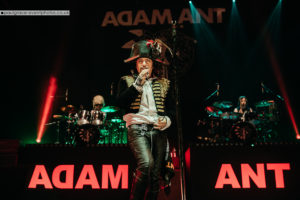 On Friday 5th August, Rewind The 80s Music Festival is back by popular demand to the North of England! “Rewind North” will be in full force in the beautiful surroundings of Capesthorne Hall, situated between Maccesfield and Wilmslow, Cheshire.

Tickets for Rewind North go on sale at 9am on Friday 29th January 2016. Full details about ticket outlets and prices are available from the official Rewind website: www.rewindfestival.com.

One of the biggest highlights at this year’s festival is the Rewind North debut of the British Electric Foundation. B.E.F. is the brainchild of Heaven 17’s Martyn Ware, and will showcase a unique and dazzling performance featuring a raft of legendary pop artists.

B.E.F.’s 80’s themed electronic extravaganza promises to be a hit-packed highlight of the entire weekend. Don’t dare miss it!

In addition to the live music, the festival will also feature plenty of fun-filled side attractions including the Live Karaoke Bar, Funfair, Posh Nosh, Theme Bars, Kidzone, plus Camping and Glamping (aka Glamorous Camping) options.

Other festival attractions include The Silent Disco – a fun-filled, innovative and highly entertaining way to party! They provide everyone with a set of headphones and have two DJs spinning the tunes simultaneously on two separate channels, leaving you to flick between them and listen to the music you want to throw your best shapes to!

Originally launched at Henley-on-Thames in 2009, Rewind has become the biggest 80s festival in the world. Rewind has featured everyone from Boy George, Human League, The B52’s, OMD, Kool & The Gang, Holly Johnson, Thompson Twins’ Tom Bailey, and many more.

Rewind Festival in Henley-on-Thames has proven to be so popular with audiences that it has expanded to Rewind Scotland, Rewind North, as well as South Africa, Dubai and Bangkok.