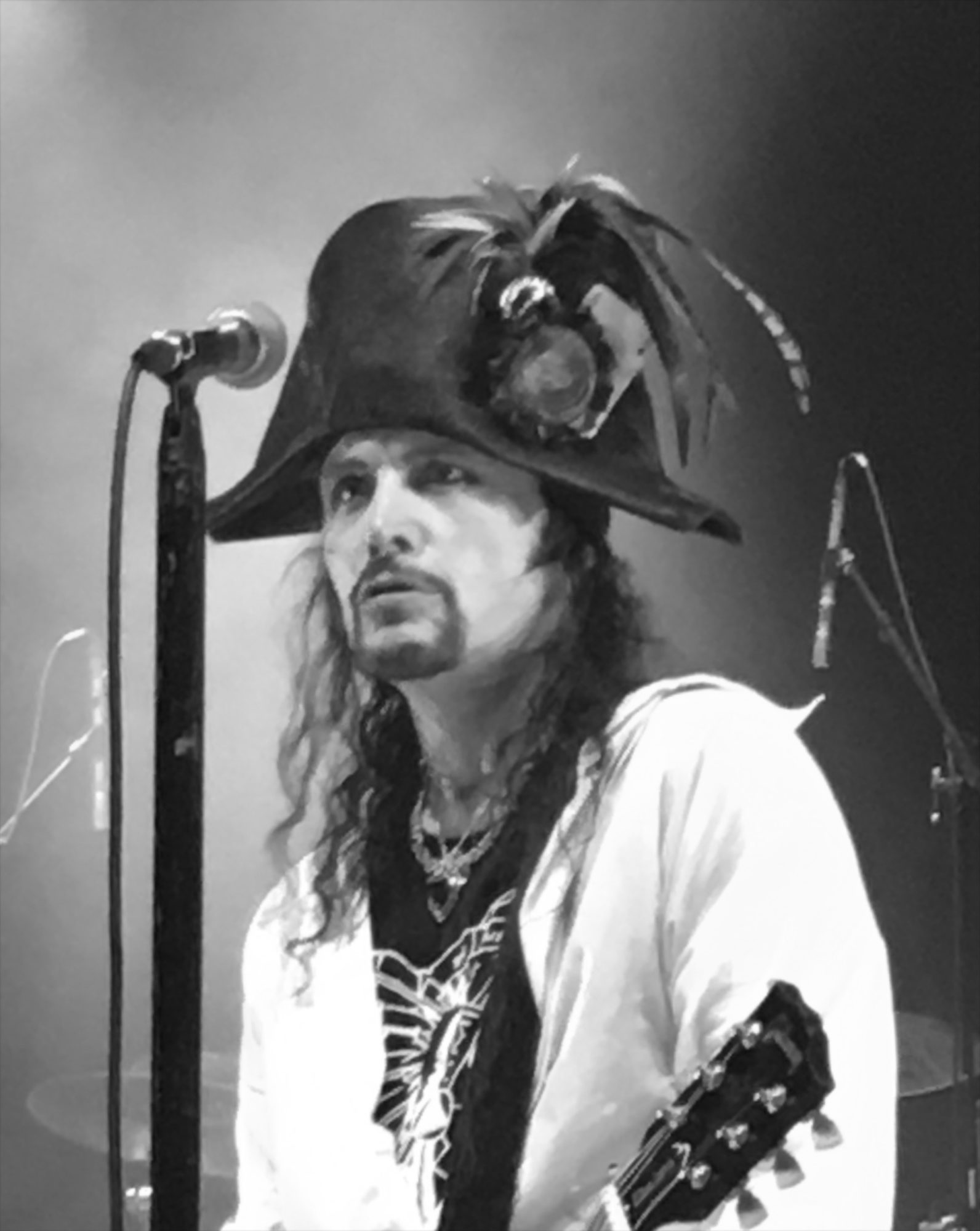 Adam Ant hit Birmingham Symphony Hall last night with all the force of a war in a thunderstorm at sea. The professional showman full of his own past and celebratory glory pranced, danced and shined like the glittering star that he was in his hey day whilst looking better than most overweight bald male forty something men in the audience. Peeling back thirty-five years with the ease of peeling back a banana skin!

In a year where we’ve lost some of our finest heroes we can be thankful that Adam Ant despite of all his past problems now seems fully recovered and is now once again and just like the previous Dirk tour serving up our youth to the highest possible standard. Just a few years ago this would have seemed the impossible. You really have to hand it to the man because this sixty something man is obviously not going to retire gracefully whilst he still has that spark and a wild glint in his eyes.

I personally was getting off on watching the full to capacity crowd transfixed by Adam’s every move purely ageless and somewhat effortless.
Kings Of the Wild Frontier album played in its entirety was always going to be a big draw to a crowd that some most likely gave up their teenage Adam Ant fandom for Duran Duran and Culture Club or even the original punks who didn’t like his new fame teenage heart throb status by the time ‘Prince Charming’ came around. With a face like that who can blame him for taking full advantage and capitalising on it. He sure did that and 35 years later the girls are still swooning over him now and it wasn’t just the girls judging by the best heckle I’ve ever heard. “I’m not gay but I love you Adam”, came a beefy voice from the left hand side in the balconies and in truth for most men merely expressing his sentiment on behalf of all guys who were taken back to a time when they were nine or ten years old. A place where we had the fictional sequels in the seventies of the late Christopher Reeves’ portrayal as Superman and then bang it’s 1980 and Adam & The Ants burst on to our TV screens and every magazine presented to the masses as a bona fide superhero.

My anticipation to hear ‘Kings Of The Wild Frontier’, (my first ever album given to me on my birthday in June 1981, previous to this TDK cassette copy) felt like a slow burn until the event got closer and closer and I could feel myself actually getting excited as the day drew nearer. It’s an album with a winning formula of tribal glam that meets the Wild West and yet still to this day nothing has ever sounded like it or even come remotely close. Even the album sleeve striking and menacing reaching out to you to join them, to be an Ant person, be part of the clan. An album that he could have easily repeated the process and provided King 2 and a Kings 3 before moving on to ‘Prince Charming’. Adam Ant could quite easily make a sequel to this album now. There’s a hunger and market for it judging by what I witnessed last night. Why do a Ziggy when something was this good?

The moment that curtain came down and the pounding of ‘Dog Eat Dog’ pumped on the ear drums like ear candy, fans jumped from their seats like the excited kids they once were wanting more jelly and ice cream. When something sounds this good it flies by in the blink of an eye and before you know it he’s on the last track ‘The Human Beings’. It’s all a blur to me now but a bloody good one! With the album performed we are treated to a bit of chat and he’s off again. Adam and his cavalry cranked out his old early days material, which he soon recycled as B-sides over the years. ‘Beat My Guest’, ‘Fall-In’ and an absolutely powerful energetic version of ‘Lady’ served up like a dessert to the main course. ‘Stand & Deliver’, Vive Le Rock’, ‘Zerox’, Car Trouble’ Desperate But Not Serious’ and ‘Goody 2 Shoes’ were all delivered with a vivacious ferocity with fans out of their seats dancing and singing their heads off. Adam and the band were relentless. ‘Prince Charming’ got some crowd participation and the sound of three guitars made it sound like it had grown a big pair of balls! Ending the song with a crowd sing along. It sounded majestic with the acoustics of the Birmingham Symphony hall. ‘Prince Charming’ ringing out like it was 1981 all over again.

Once again Adam defies convention and does not end with a major hit, he treats us to someone else’s with a pulsating rendition of Marc Bolan’s ‘Get it On’ (Does Adam realise he could quite possibly have a hit record with this now if he were to release it?) Following that mighty cover version’ he ended the show with ‘Physical’ a once punky tune that soon sounded like something from a heavy metal band.

Everything was sublime about this show, no faults to pick, just a pure joyous, two hours of hardcore never faltering flawless entertainment for the masses, right from the man himself to the guitarists and drums on those lit up Adam Ant podiums.
This ‘Kings Of The Wild Frontier’ tour is most likely the highlight of this year to all who attended. There’s room to repeat this whole process later on in the year and hopefully take it to the states. Adam Ant really is back on form and doing what he does best… enjoy!

This tour coincides with the re release of the album on vinyl and double CD. There is also a rather lush gold box set and at a price of around £75 this is actually value for money. 180g gold vinyl, three discs with extra tracks and official first DVD release of ‘Ants In Japan’ reproduced booklet, memorabilia and gorgeous booklet. The re-mastered vinyl sounds bright, energetic and vibrant. Hardcore fans are somewhat slightly puzzled as to why ‘Stand & Deliver’ has been omitted from the DVD, plus you can not play all the footage all the way through. However, all said and done the inclusion of the Ants on the ‘Old Grey Whistle Test’ does ever so slightly ease the pain of the Adam Ant train spotters’ pains! Oh and Kevin Moody? Still it’s worth your hard earned cash!