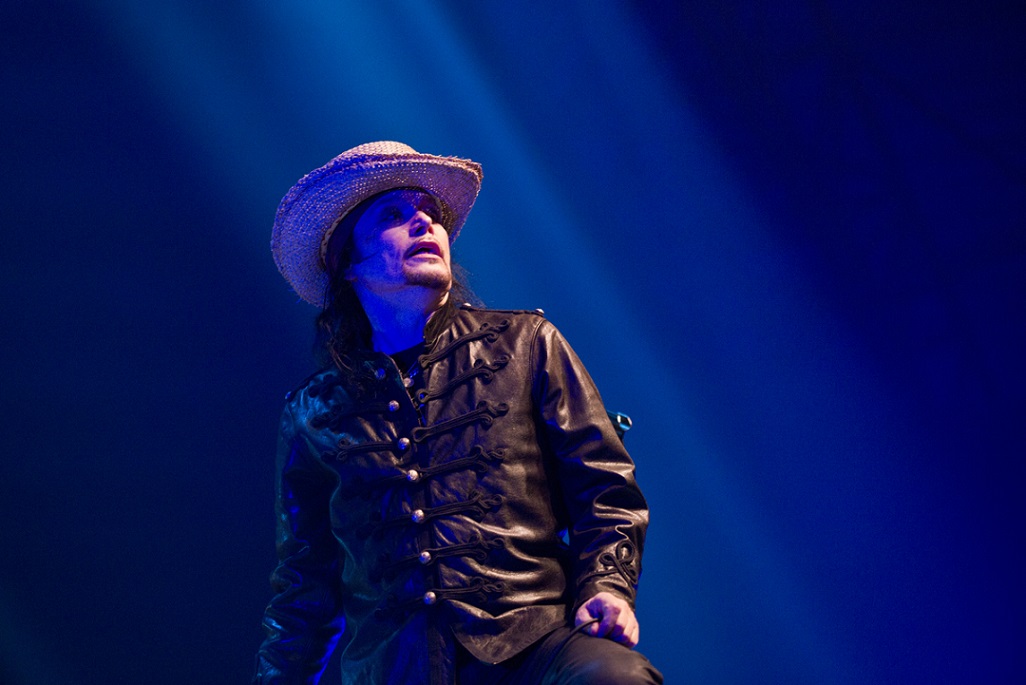 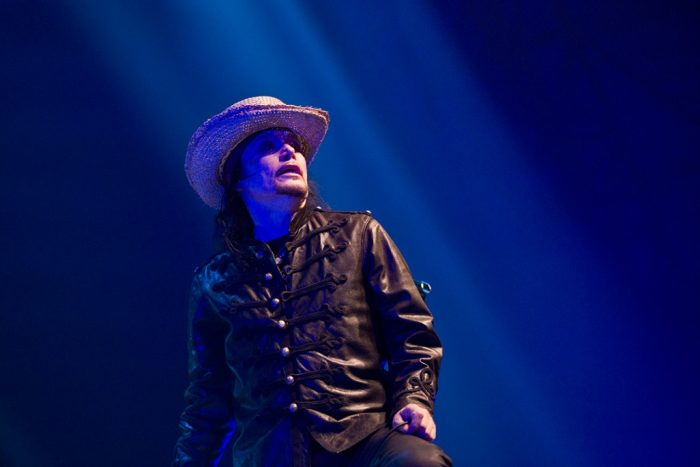 It’s Sunday morning and I’ve woken from my slumber still buzzing from the two previous nights of seeing Adam Ant.
The last three years have been one hell of an incredible journey for one the most easily recognisable iconic stars England has ever produced. Adam Ant has risen like a phoenix from his very own ashes with an awe-inspiring show coupled with a band that have evolved together and now kick anything else out of the game. The success of his previous tours ‘Dirk Wears White Sox’ and ‘Kings Of The Wild Frontier’ has had fans craving Ant music all over again, returning to see their teenage hero ‘Stand and Deliver’, except only this time and, to a great extent, like the sold out 1993 US ‘Persuasion’ tour with nothing new to promote but himself and a mesmerizing back catalogue of quality music.

No new album or best of compilation to purchase just go and see the man that still can. Although an Anthems compilation in chronological order with all the B-sides and perhaps a live recording of this tour wouldn’t go a miss!
Fans turn up in Ant t-shirts, some even going down the nostalgic route of dressing up for the occasion much akin to the concerts of the now shamed Gary Glitter, a one time inspiration for Adam’s double drum sound.

A stimulating atmosphere is created before the show even commences, the hall fills with the sounds of Carmen’s ‘Ouverture’ a subtle and yet grand touch as all eyes gaze towards the stage in anticipation for what’s about to unfold, the tension mounts, the music stops and in no time at all the band dive in to ‘Beat My Guest’ which ties in quite nice with the fact that this was the first song Adam and the Ants ever played at their debut gig at the ICA restaurant in London in May 1977.

The Ants were kicked out of the venue after only one song! How the times soon changed and this kinky bondage ditty went on to appear as the B-side of ‘Stand And Deliver’, that on the 9th of May 1981 entered the UK singles chart at number one, where it remained for five weeks selling over one million copies. That was really quite an achievement back then!

After two bars of ‘Beat My Guest’ the curtain falls and there’s the band and Adam immediately bolts forward to grab your attention from the get go. All eyes once again transfixed on this larger than life super hero type character that filled our ears and once adorned our bedroom walls. He is still every bit as dashing to this day in his leather-braided coat, leather trousers and boots. Every inch the consummate rock star with a trim physique and looks that still gets the girls pulses racing.

After the first track he tears it up with ‘Vive Le Rock’ a track that was undoubtedly sadly overlooked at the time back in 1985. It was relatively two years too early for the then re emergence of dinosaur seventies rock bands like Kiss, Whitesnake and Aerosmith who all seemed to come back on the coat tails of Bon Jovi and Def Leppard when the music charts diversified immensely with either club, house, rock, indie and the emergence of boy bands or even the domination of the Stock, Aitken Waterman hit factory! A time when even David Bowie and Duran Duran struggled to have top forty hits. It wasn’t just Adam!

All the huge hits were out in force as you would rightly expect, ‘Dog Eat Dog’, ‘Ant Music’, Kings Of The Wild Frontier’, ‘Goody Two Shoes’, Apollo 9 and the cleverly crafted pop pantomime song ‘Puss n’ Boots’.

These really are songs that make you sing along and take you right back in time when pop music was all that mattered and wasn’t just a soundtrack to your everyday life like it seems to be for so many people nowadays. Adam smiled gleefully as the crowd lapped up the interaction during ‘Stand And Deliver’ and ‘Prince Charming’ singing it back to him as he felt the love, respect and admiration from the audience for two of his biggest selling hits. Nothing has ever sounded like Adam And The Ants, it never will and the legacy of these songs to this day still live on in a unique entity of their own. Adam Ant clearly absorbs the admiration and he channels it through taking this show up another gear!

As a seasoned regular attendee of Ant gigs the highlights for me will probably differ from your average punter who has attended an Adam Ant gig merely for the hits. Here were mine;
‘Greta X’, the flip side of ‘Vive Le Rock’, wow, just wow! A song about cross-dressing and played with a somewhat sleazy beat that would fit perfectly into an Iggy Pop set any day.
‘Zerox’ with the mighty roar of three guitars, Will Crewdson on a Rickenbacker, Adam on a Gibson Les Paul and new recruit Adam Paul Leach on a Fender Telecaster (replacing the sadly departed late Tom Edwards) come together to create a wall of sound coupled together with those haunting backing vocals makes this a colossal track,  bigger and better than it has ever been played live previously.
‘Can’t Set Rules About Love’ and ‘Rough Stuff’ played like this were for me especially spectacular, these tracks haven’t been taken out live before and they are driven a million miles away from their original Minneapolis, Prince/ André Cymone style sound. I watched Jola drum and Andy Woodard during these tracks; you could see the concentration and determination in Jola’s face to do these songs justice, whilst Andy seemed looser and at ease, a formidable force driving these songs in to the dizzy heights of the Symphony Hall roof. Will Crewdon delivers and shows off some finely tuned intricate guitar parts on ‘Desperate But Not Serious’, ‘Young Parisians’ and ‘Friend Or Foe’, they really do display his guitar skills and ability. New recruit Adam Paul Leach gives it some welly and fits in to the current line up perfectly. Not forgetting of course bass player Joe Holweger who gives it 110% at every show.

For Adam Ant to perform his singles and B-sides it cannot be that easy of a task to achieve, as Adam’s music has constantly been a genre bending back catalogue of musicality, where as bands such as Coldplay, U2 and The Rolling Stones and many more can play it safe with a set in any sequence they desire with no problem. Somehow and rather majestically the songs gel cohesively as the set is weaved together in the most enchanting of ways possible. Adam’s albums really are musically poles apart, this only proves that he is a true artist and like all true artists was by no means afraid to come out of his comfort zone and try out new musical ideas, pretty much in the same vein as David Bowie or Marc Bolan who all three incidentally had an unsuccessful early career with the Decca record company.
Adam undoubtedly once again is the pirouetting, high-kicking, thigh slapping cruiser hip grinding, spellbinding, clean-cut seducer of all that fall under his spell. These last two nights demonstrate that he has still has the moves and the grooves to keep everyone hypnotized for two overwhelmingly impressive packed out shows at the Birmingham Symphony Hall and most likely the hottest ticket in town for quite a while. To say he was anything but amazing would be the understatement of the year. Do not miss out on seeing him perform this month, beg, steal or borrow! You must go!