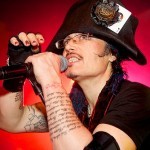 Another in an occasional series of Adam AntÃ‚Â live Reviews & the second in our “Adam Ant Down Under” Series following the Melbourne Review.

I’m sure I’m not the only one here who eagerly sat down to watch TOTP one night in 1980 to discover to my horror that Adam Ant was dancing around to a pop song with ribbons in his hair. Having been an avid fan of the Antz, gone to may of their gigs and loved their original quirky music this was a bitter disappointment and the leather jacket art was changed accordingly.

Fast forward 32 years and discover that Adam Ant was touring again and actually coming to Australia. Though there were rumours of some doubt about his visa (and as an entertainer visa sponsor myself this didn’t surprise me) I decided to go and see having read other reviews of his shows in the last year or so, but was doubtful it would really happen.

Got the ticket, then came the news that his gig had been changed to a night that clashed with a festival down the road where The Specials and The Pogues were playing. So I procrastinated , decided to ask for a refund, then changed my mind. I had to see this. Terry, Shane and co would have to come back another time.

I put on my replica of my old t-shirt from the Zerox tour (the original having been chucked in the bin after the TOTP appearance) packed my Adam Ant book in the hope of getting it signed and headed down to meet some friends at the Astor Theatre, a lovely old art deco building…which ironically used to be called The Lyceum, the London version being where I had seen one of my favourite ever gigs when the Antz played with The Ruts.

The audience was a motley lot, many people had painted white stripes on their noses, some my friend Vicki commented had jackets that probably hadn’t seen the light of day since Adam was here in the early 80s and smelt like the cat had been pissing on them ever since; a few pantomime characters but mostly the usual Aussie motley crew.

The venue has seats but there is quite a big space down the front so I wandered down just as the lights went down and my spirits lifted when I heard the first four notes on the bass”Â¦.Plastic Surgery! Flashbacks to “Jubilee”Â”Â¦When Adam came on stage lots of middle aged lay-dees were screaming like teenagers, ugh. ”ËœYOU’VE GOT A FACE LIKE A LAB-RA-DOR!”Â was completely lost on them, maybe even aimed at them; but not lost on me “I DON’T MIND, THAT’S WHAT I’M HERE FOR!”Â I yelled back and got some very strange looks”Â¦ but not as strange as the ones I got later when singing “who taught you to torture, who taught ya?”Â

Jammed behind an enormous girl with a towering green Mohecan who kept touching Adams legs and giggling I struggled to get a good enough spot to take some photos, aware that this crowd were probably not mosh pit veterans familiar with the etiquette and I could end up with a stiletto through my docs or a punch in the face from a Dandy Highwayman. 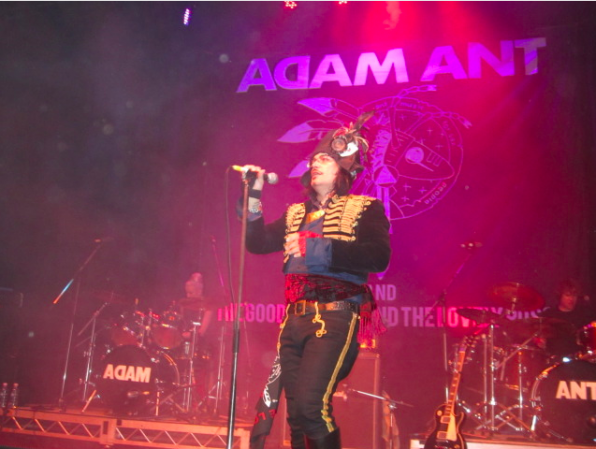 Dressed in a gold braided jacket, his own merch underneath,Ã‚Â  extraordinary Napoleonic hat, red velvet sashÃ‚Â  and conductor trousers, he still had the stage presence but was no longer quite the sexy beast who made kilts cool and used to set my heart racing when he sang “Physical”Â. Fair enough, that was a long time ago and I’ve changed shape a fair bit since then too, but I’m glad he kept his shirt on. He still has the face and the voice, he sounded just as he did on the early singles and Dirk Wears White Sox, he really is an amazing vocalist. 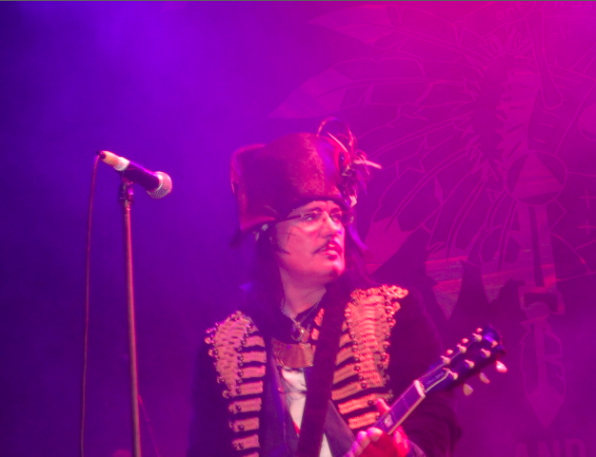 There was a nice touch when he dedicated a song to Molly Meldrum, an Aussie music biz legend who is recovering from a horrific accident, and whom Adam said had been really supportive when he first came to Australia. There wasn’t much banter, the odd “thank you”Â and a story abut seeing Marc Bolan in a record shop which led into two T-Rex covers, Get It On and 20th Century Boy. Also a story about what led up to him writing “Lady”Â “Back when I was a punk rocker and didn’t know any better”Â. 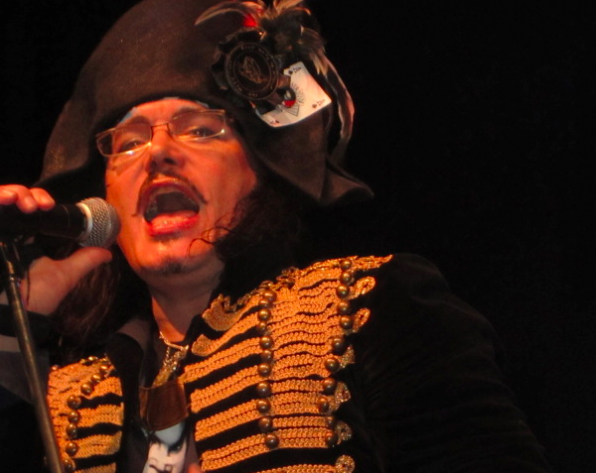 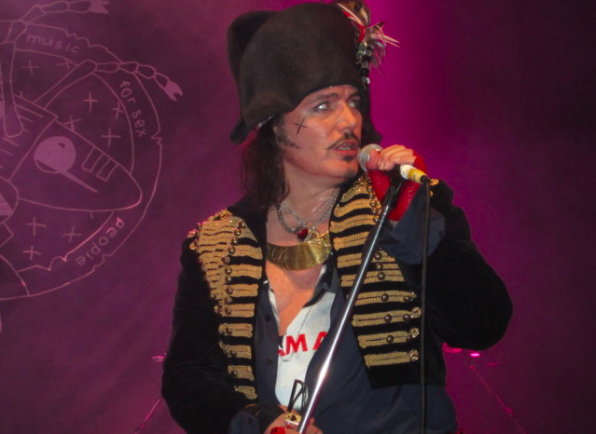 The band were great, two drummers, one of whom was immaculately groomed as if she had just stepped off the front page of Vogue, the other a more traditional looking drummer, with excellent bass player and guitarist faithfully reproducing the original Antz sound (no mention of their names in any of the pressers so although Adam introduced the band I can’t remember their names. But they were good”Â¦. )and Georgina Baillie in a series of outfits including a Cleopatra one and later some underwear that looked like one of Adam’s old sketches, looking sultry on backing vocals. I couldn’t actually hear her though.

With dying camera battery I was trying to get the elusive “grin” shot…and failed. He didn’t grin much, when he did I usually had someone else’s iPhone in the way; but he did look as though he was really enjoying the performance and never ran out of stamina. 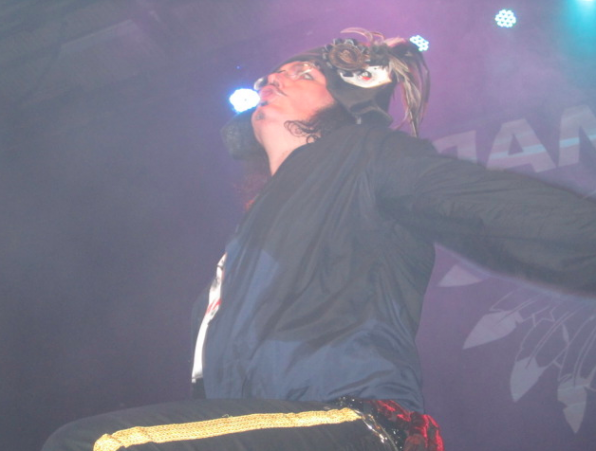 The sound, lights and atmosphere were great, it was a very professional production. The set was long, nearly two hours, he kept up a good pace throughout and there was no sign of tiredness or the meltdown some of us were wondering would happen. There was still elements of an old Antz gig there, gigs that made the adrenalin pump and got you fired up ready to run for your life from the skinheads on the way home.

I met the tour manager afterwards and asked about the chance of popping my head around the door and getting my book signed. Friendly though the TM was, I was firmly told that without a $250 VIP pass there was no chance. Boo. It would have been nice to have had the chance to do a little duet of “There’s a punk in the supermarket”Â with him. So instead I drove home muttering darkly about punks who became pop stars and forgot their original fans, realised I was probably being a bit of a diva myself and dreamt that night that I was back in the Kings Road looking at a handsome guy in a kilt.