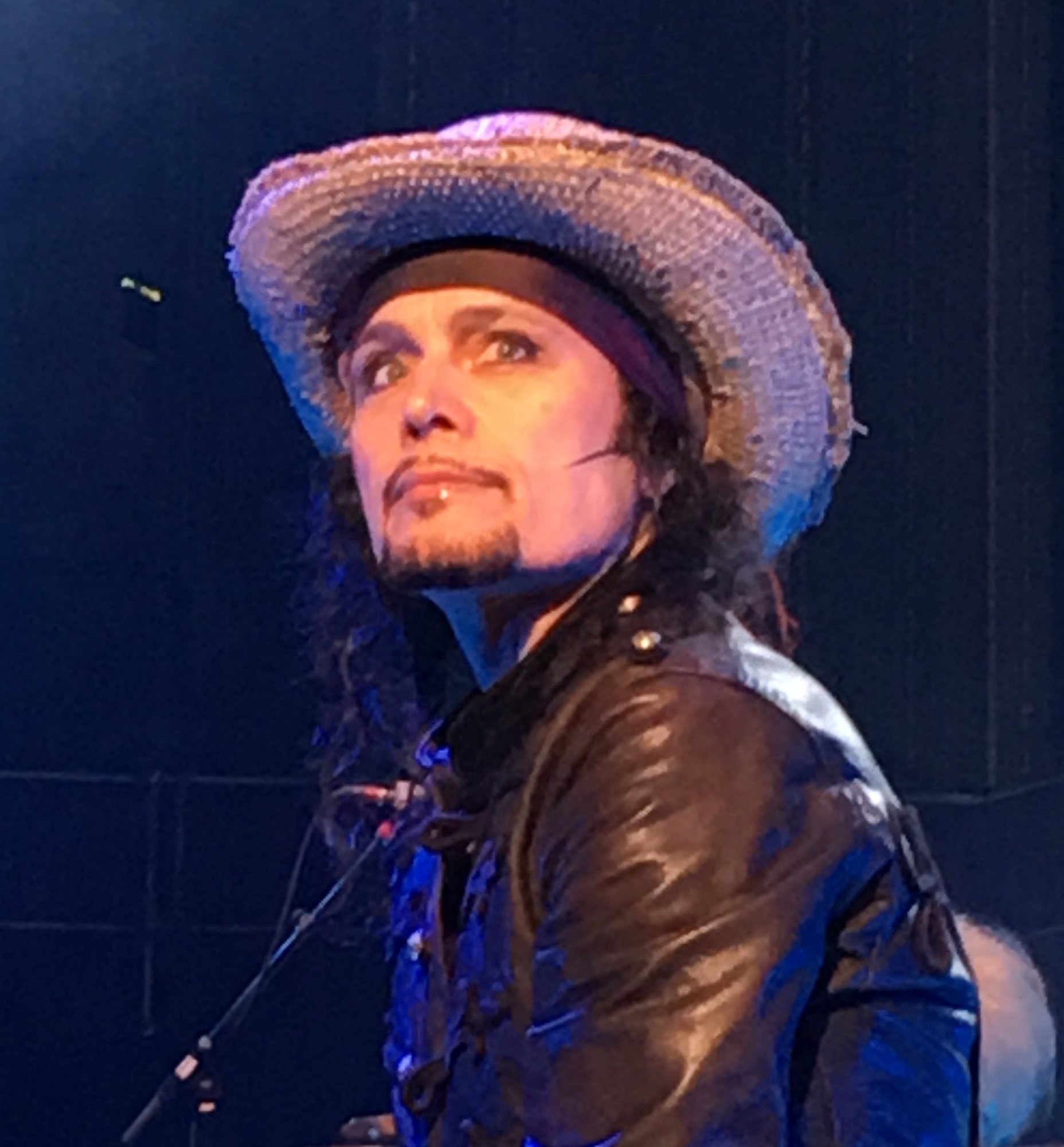 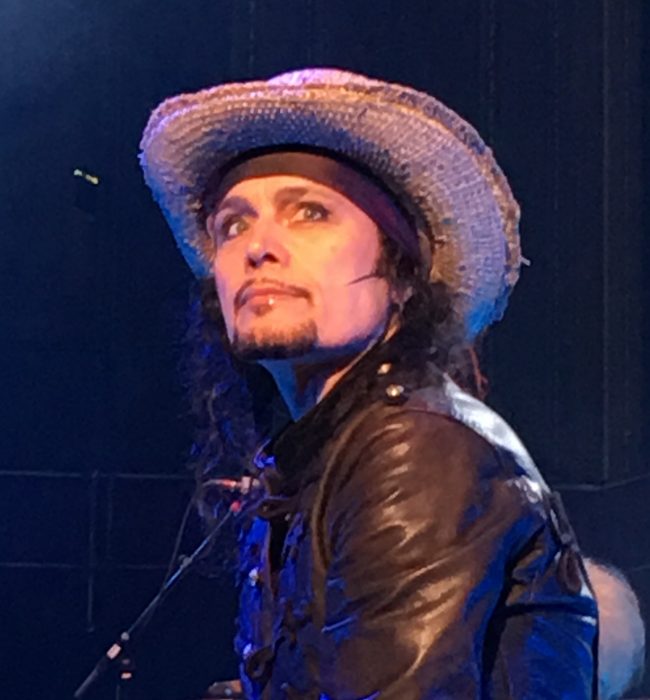 “The Royal Albert Hall has paid tribute to some of the greatest, most prestigious artists in history including: The Beatles, The Rolling Stones, T-Rex, Mohammad Ali, Marvin Gaye, Iggy Pop, and The Nuclear Disarmament Conference, but never before has there been a more jubilant and explosive display of grandeur and musical decadence than the celebrated performance of rocker Adam Ant”

Apart from previously forecasting the ultimate destiny of post punk/glamorous rock, and offering a pulchritudinous, breathtaking, and heartbreaking allure, which still renders fans ( both male and female), hopelessly in love, the adored, time-honored artist, Adam Ant, once again triumphantly celebrated yet another flawlessly sublime performance in London.

The majestic rapture of the cherished, Royal Albert Hall, located on the northern end of South Kensington, was inaugurated by Queen Victoria in 1871, and lends itself to an iconic flair, and inclination, becoming a perfect venue for the prodigious rocker to present his latest tour, “Anthems: The Singles Tour”. The historic arena has been the location of choice for some of the most notable events in British Culture, and has gained recent pop-culture notoriety, having been mentioned in the song, “A Day in the Life”, by The Beatles, and serving as the climax of “The Man Who Knew Too Much”, a film via Alfred Hitchcock. The transonic, charm and seduction of Adam Ant somehow brought about an entirely new meaning to the already treasured forum.

Adam’s collision with sensibility has granted him an overpowering energetic force field, spirit and charm, enabling him to influence anyone in his presence, through his musical aura. Although the unstoppable Antmusic hasn’t changed its attitude, it has reached a new era and an ultimate height of sophistication with the vast array of luminous florescence, lighting up the stage, and capturing the flamboyant ambience of the heroic warrior.

The magic and intrigue began outside the enormous arena, in the midst of a rain deluge, at approximately 9:30 AM, as the multi costumed, colorful fans, many whom I am proud to say have become dear friends, began to queue up. Several were conversing about guitarist Will Crewdson’s continuing live Facebook videos of the afternoon sound checks that he releases each day, adding to the anticipation of what is about to become one of the most eventfully sensational nights in the Royal Albert Hall’s existence. Others happily complained about their hearts dancing out of their chests with expectation.

All at once the band members arrived, each joyfully stopping to take photos with the crowd. Joe, with his new look of flaming , bright red hair, Will, in his ferocious pink framed sunglasses, Andy, in his quiet white T-shirt, and the newest member handsome, Adam Paul. Time passed quickly after that, and as the rain continued, the outlook of the fans focused on nothing but sunshine. Finally after the long vigil the doors to the monstrous arena opened, and the people ran to the front of the stage, similar to those rushing to get into Noah’s arc before the end of the world.

Without further delay the California based sparkling, support group, the “Glam Skanks” overtook the stage, looking more glittery than ever, prepared to give the audience a taste of all their glam and skank. Showcasing songs from their album, “Glitter City”, they musically exploded into an effervescent bliss, with Vee on guitar, Millie on bass , Cassie on the drums and Ali vivaciously singing lead. The all girl fascination proved a perfect prelude to Adam.

The Royal Albert Hall has paid tribute to some of the most relevant, prestigious , and luminous stars in the 150 years since its beginning. The Beatles and Rolling Stones performed together on the same bill in 1963, in 1965 Bob Dylan headlined, Eric Clapton, Iggy Pop, T-Rex, Mohammad Ali, Marvin Gaye, and in 1961 the Campaign for Nuclear Disarmament took place, but none can compare to the tour de force and frenzied exhibition unleashed by Adam Ant.

The charismatic rocker took the stage running…I mean literally…looking like a flawlessly fit, audaciously styled, man of 30, he proceeded to visually dramatize each song with his animated acrobatics and his iconic expressions, unique only to him. There was not a person in the audience that could argue the point that he was singing only to them, a special quality specific to Adam.

Then of course there was the music…”Beat My Guest”, “Vive Le Rock”, “Dog Eat Dog”, “Apollo9”, “Ant Music”, “Puss N Boots”, “Stand And Deliver”, “Prince Charming”, “Goody Two Shoes”, “Kings”….after all, this was the “Anthem Tour”. By definition an anthem is designed as, “a song that has importance for a particular group of people”, or “a song of loyalty or devotion”, or “a rousing or uplifting song identified with a particular group of people”, and in every case that fits the bill. He showcased both “A” sides and “B” sides, however in Adam’s case, since they are all so well known, each can be mistaken for either. He continued with “Room At The Top”, “Young Parisians”, “Wonderful”, “Strip”, and “Greta X”, but he didn’t stop there either. He then went on to sing “Gotta Be A Sin”, one I had never heard him do live, and also one of my personal favorites. The music, the emotion, the overwhelming, flamboyant extravaganza, continued for nearly two hours, and then there was still an encore.

Adam’s vocal ability, although always remarkable, seems to become further impressive with each tour, as does the synchronicity of his band. They appeared to be at their very best without exception. Joe wildly and outwardly uninhabited completely rocked out, leaving that bass untamed, and unrestrained, while Will led that guitar into unchallenged territory, furiously scrutinizing each poignant note. The newest band member Adam Paul, impressively melted compassionate and emotional rhythms matching the other’s madness. Adam turned up the volume on his guitar, relevantly adding feverish hysteria corresponding to the already harmonized instrumental magic. Drummers Andy and Barbie doll/ Marilyn Monroe, Jola, frantically and passionately pounded those beats, throbbing those vibrations flawlessly. If that wasn’t enough, two drums were added to the stage whilst Joe, Will and Adam Paul, all multi instrumentalists took turns thrashing them as well to the introductions of several songs, creating a contagiously incredible new and original sound.

The gig wasn’t without a sudden innuendo of unscripted excitement, when a fan bounced onto the stage out of nowhere and attempted to steal a kiss from Adam in between songs. No one, including Adam seemed rattled by her mission, and it appeared to add some delirium to the fantasy.

The most joyous part of the entire performance for me, and mostly all of the fans, was the fact that Adam seemed incredibly jovial and happy, bursting out into huge smiles, and visibly enjoying his unblemished, immaculate stage experience. It was obvious he and the band were having a blast, as was the complete 5,000 plus audience. After he sang “Kings of the Wild Frontier”, Adam faced the congregation and without words dispelled a deeply emotional, devoted, and touching sense of appreciation and humbleness which added to the glory of the compelling performance.

The Royal Albert Hall can adjoin Adam Ant to its collection of proudest moments in its overall roster. For those in the U.S. you’d best not hesitate to purchase your tickets immediately for September, as this show is destined to sell out swiftly!