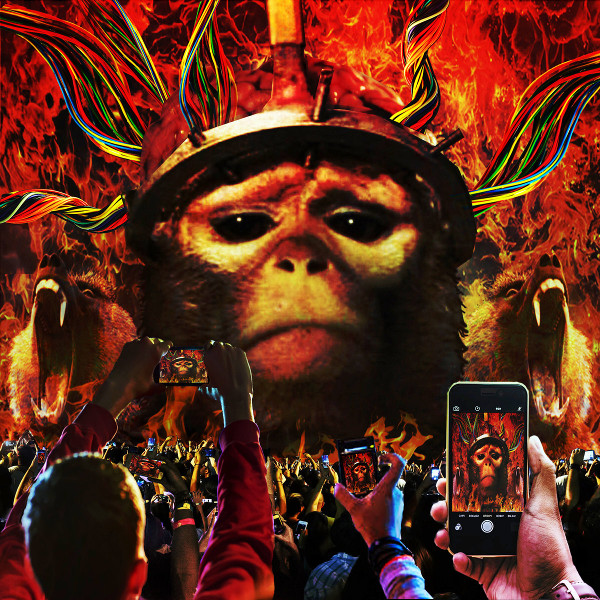 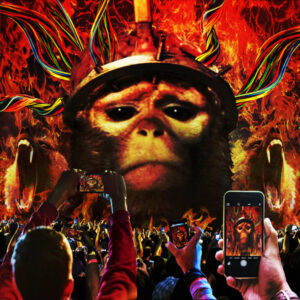 Active Slaughter – Set The World Alight?  (Grow Your Own)

The new full length offering from Active Slaughter sees a massive improvement on earlier releases.  Original members Trev and JJ have given their sound more depth and power by recruiting a couple of ringers from within the anarcho-punk music community, in the form of Mark (bass player from Liberty) and Trystan (guitarist from Lost Cherrees). Their experience shows: as anyone who’s seen the band with this line up will know, it makes for a killer combination.  Their original incarnation had a strong message but occasionally lacked ferocity in delivery. This has been fully addressed and they now have something in common with the likes of Surgery Without Research –  a heavier, punchy, rocking sound that borrows heavily from Oi! Alongside the chuggy guitar, they’re not afraid to chuck in the occasional rock’n’roll solo with a hint of wah-wah that would please fans of Captain Sensible’s work in the Damned or late 80s Motorhead.

Singer JJ spews out angry rants in the style that has made bands such as Conflict, Icons of Filth, Liberty, and Oi Polloi such compelling listening over the years – music as a powerful tool for agitators and activists.  In common with those bands, Active Slaughter are closely tied in with animal rights and anarchist movements.  There are a few moments when the gruff, London accented, vocal delivery and pounding toms sounds like Exit-Stance – in particular at the opening of Weapons of Mass Deception and on the title track Set The World Alight?  Very strident and very political, Active Slaughter are still pogo-tasticly punk rather than po-faced.   They aren’t afraid to use simple, easy to follow melodies and sing-along choruses.  It may be serious shit but that doesn’t mean the music can’t be fun!

There are 2 prevalent themes on this album. Animal abuse is the subject of 5 songs while media manipulation and control features in 3 songs.  The amazing cover art by Paul Trew manages to convey this, depicting a crowd of moronic smart phone users taking pictures of a monkey subjected to torture.  It’s as if capturing an image of the spectacle is all that matters and not what is taking place. An image that manages to simultaneously evoke sadness and anger.  For over 35 years I’ve seen images of animals suffering at the hands of vivisectors on punk records and it will never cease to have that impact on me.  Read the lyrics and you’ll see that Active Slaughter don’t suggest you feel sorry for the animals suffering, they want you to take action to stop it.

Managing to side step accusations of “single issue politics” Active Slaughter have a fairly wide horizon, also honing in on police oppression and the general ills of society. Side 2 opens with a spoken introduction in Arabic before Active Slaughter declare “It’s not Anti-semitic to hate fascists”, a no-holds-barred response to those who would seek to use the slur of Anti-semitism to silence criticism of the Israeli state’s treatment of Palestinians, in particular those living in Gaza.  They remind us this is not a mere debating point: “This is ethnic cleansing, this is genocide”. 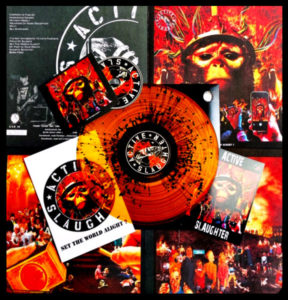 Several of the songs are re-recordings of older tunes. Presumably chosen as they are favourites in a live setting, they arguably all deserved a second outing to reach their full potential.  This is a worthy release for Grow Your Own who are banging out so many great records at the moment and I fully recommend the discerning punk rocker to check out their full catalogue.

The vinyl is a beautiful orange and black splatter, coming in a gatefold sleeve with lyric booklet.   The CD version contains an additional 3 tracks.  Early orders receive bonus extras but that ship may have sailed.  Available from Grow Your Own Records.

Gig details, t-shirts and signed underpants can be contained from the band’s Facebook page.