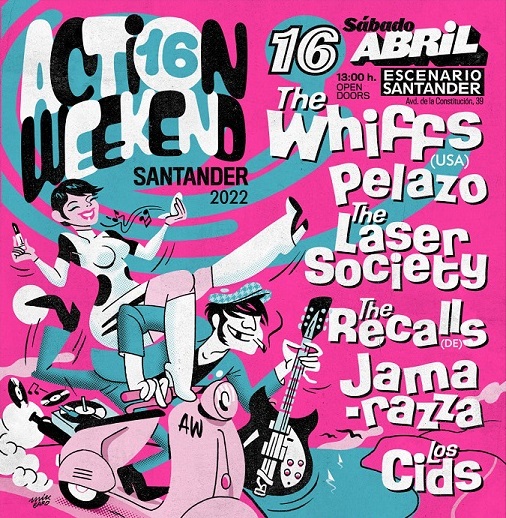 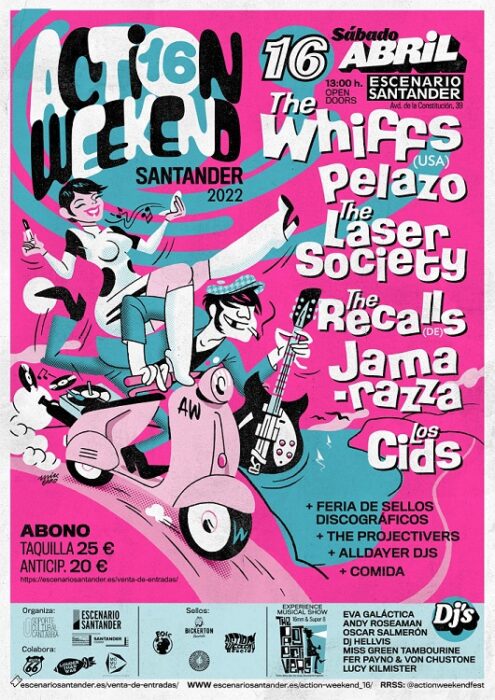 The festival is set to take place over Easter weekend, with the main day, Saturday the 16th of April, chock full of great garage, psych and, this year, some top powerpop bands. Coinciding with their Spanish tour, this year’s festival will be headlined by the American band The Whiffs, who released their latest album, Another Whiff, just a few months before the pandemic hit, scuppering their live plans. Released on Dig Records, the album, according to Faster and Louder, is like “some mythical dive bar where The Replacements, Tom Petty, and Cheap Trick still rule the jukebox. The band still delivers gorgeous melodies, three-part harmonies, and memorable choruses in spades.” The anticipation is certain high for their tour in Spain.

Playing with them are Pelazo, which feature in their ranks the touring drummer for The Cynics, who is a songwriting tour de force. Their debut single was reviewed here on LTW and they are yet another quality band that people will be flocking to see, alongside the great German garage rock band The Recalls. Their album was released last year on Bickerton Records and really showcased all they were capable of.

Making up the rest of the live action on the Saturday are three more Spanish bands that show the variety of where the label Action Weekend Records comes from. With The Laser Society with their love of classic garage sounds, to Santander’s own Jamarazza with their dense and hypnotic heavy psych, and Los Cids bringing it all together to complete the line up of bands.

Add to that an afternoon of DJs, a record fair and market, and The Projectivers rocking retro movie show and it’s shaping up to be one hell of a day!

Tickets are on sale now here for 20€

Ryanair flies daily from Stansted to Santander. Easyjet have weekend flights to Santander from Manchester.