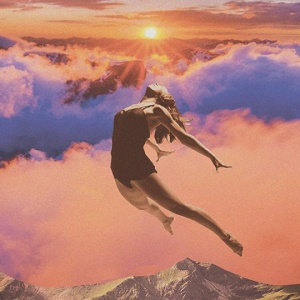 In their own words Acre Tarn exist to “create something beautiful”. See if Dave Beech thinks they’ve achieved that with Dawn Faces, their latest single.

When Acre Tarn bludgeoned their way into our conscious with their hugely anthemic, yet paradoxically ambient debut single, they proclaimed, somewhat truthfully, that “we’re only young, this once”. An ode to not wasting what precious time we have, it confirmed the band as one of the most exciting acts, not just in Manchester, but in the UK as a whole.

Now, a little under twelve months since that release, it seems the band have undergone a maturing process that’s not only effected their music, but also insidiously bled through into the narrative strands they deftly weave; their new single ‘Dawn Faces’ declaring that, with their arms outstretched, they’re “not children any more.”

Whilst ‘Dawn Faces’ might lack much of the ambient fragility offered up by the tracks on their debut EP, it more than makes up for it with a compositional confidence than sets them miles apart from their contemporaries. A steady build-up of electronics implodes out of nowhere; arpeggiated synths and emphatic percussion coming together to create what’s possibly Acre Tarn’s most realised release yet.

Imagine, if you will, Chvrches, had they been raised on the imposing imagery of the Lake District instead of Glasgow, and harboured a penchant for the darker side of the human condition instead of their sleek, pop sensibilities, and you won’t be far off the mark. That isn’t to say Acre Tarn are lacking in pop polish; the production on ‘Dawn Faces’ is such that it shines. It’s just that the pop they’re interested in is far more left-field than in a traditional sense, and as a result, their music is all the better for it.

Dark it may be, but both the talent, and the emotion present in Acre Tarns songwriting shines so bright it’s almost impossible not to sit up and pay attention.

Acre Tarn can be found online here: acretarn.co.uk. They’re also on Facebook and they tweet as @AcreTarn.