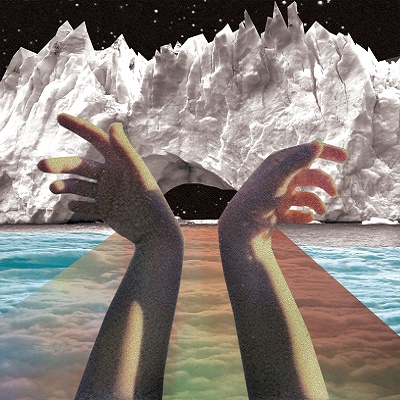 “The silence is deafening” proclaim Acre Tarn on the second track of their debut EP Clasp & Shake, before the lyrics stop for a moment and the dull bass throb proceeds to carry the track forward in a somewhat typical move from the band, whose debut is an effortless affair of dark narratives, staccato vocal melodies and twisting soundscapes that keep everything fresh throughout the course of the record.

Those who have followed the band will already be familiar with half the tracks on offer here but that’s no reason not to go back and hear them again. Indeed, those who have heard the previous singles should be clamouring to get back and hear what else the duo have to offer. If you haven’t heard Acre Tarn before however, then Clasp & Shake is a record you owe it to yourself to spend some time with. From its opening moments, right to the last second of closer Skeleton Key 16 minutes later, it engrosses the listener, refusing to let go throughout its dizzying heights and hidden depths, whilst never losing the sense of forward motion perpetuated by the deep waves of bass.

A personal favourite is second track Circles a pulsating, almost upbeat track that crackles and drones over crisp percussion. A psycedelic breakdown towards the end of the track provides a familiar darkness whilst keeping the track grounded, despite its best attempts to drift ethereally away.

Atmosphere is vital to everything about Acre Tarn, and Clasp & Shake manages to create it in vast swathes. From the haunting field recordings of opener This Once to the imposing and ominous swells of the recently released Wishing Bone, each track is awash in its own atmospherics; each completely individual, yet never at odds with others. As such Clasp & Shake is a beautifully cohesive record that flows seamlessly through its apparently limitless worlds, whilst the vocal delivery never fails to impress.