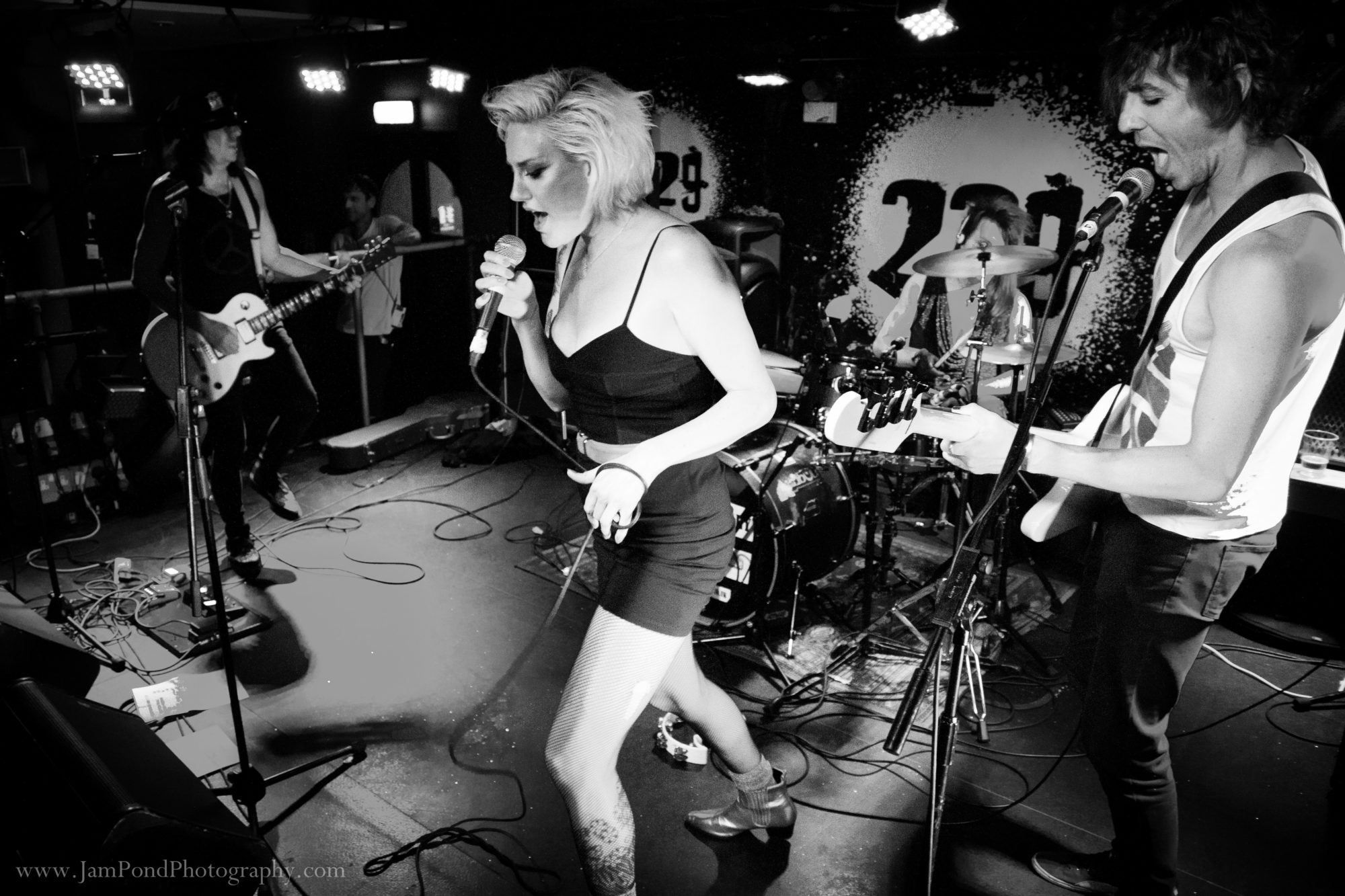 229 has two underground venues just over the road from Great Portland Street tube station in London.

I’m a regular visitor to 229, as they put on an eclectic mixture of live music – mainly of the “legend” variety – have a look at their forthcoming productions.

The smaller venue next door to the main cavernous hall has the look and feel of a club, with a stage at one end, washed out with (mainly purple) LED lights and a long bar that runs along one wall. Nights here tend to feature multiple band showcases, as was the case with Bexatron who were supported by no less than 5 other acts. The promoter, Absent Kelly (Mark Stubbles), is also a frequent flyer at 229, championing a wide range of musical genres over the last ten plus years. The 7th July event offered a group of bands that would all found in the ‘rock’ section of Mark’s record collection.

Here’s a run-down of what was on the menu.

Two lads having fun with three-chord tunes. Songs sounded a bit like the noise a couple of ferrets would make if they were left in a sack with a drum kit and a guitar. I suspect it is early days for this duo, and they may be a little bit off playing the O2, even if they already have their merch sorted and they have a lot of enthusiasm too. 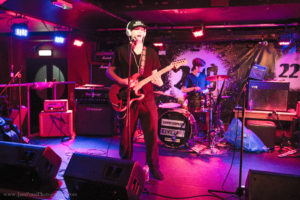 Jack Swann, the head-phoned guitarist and singer, told us that he had built own guitar and that his drummer, Alistair Woods,  is the best in the business – the song ‘Don’t look back’ was written about him.  They finished their short set with Out of the Black by Royal Blood – which perhaps lacked the punch of the original. The guitar/drums combo is certainly in fashion at the moment, but I suspect Royal Blood’s crown is perfectly safe.

Tommy – guitar vocals. Mary – drums.  But let’s wipe away any thought of White Stripes and Young Romance etc. Tommy obviously enjoys playing to the crowd and was happy to share tales in between their short sharp songs about life in London. No attitude, just likeability and Mary bangs the drums very well indeed. 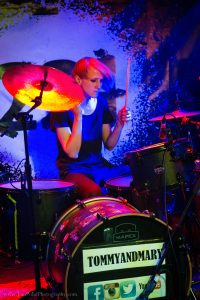 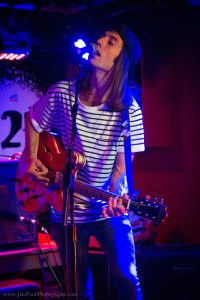 3 years ago they quit their jobs in a bakery and have been busking since. The tribute song ‘My managers a prick’ recalled that transition. Tommy also reminded us that, “In London no one cares about what the fuck you’re doing” before launching into another carefully crafted tune. He seems like a genuinely nice guy too – I later saw him telling a crowd outside the venue how great one of the other acts were. Any labels out there should check them out – they should be on the festival circuit.

Getting down and rocky were the five piece Fortify from Essex. Fronted by the likeable Anna  – who had the piercings and the tats and the attitude, although this melted in between songs when she smiled at the crowd (which I think included her Nan) and pulled up her socks. 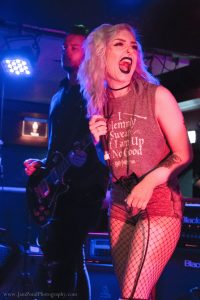 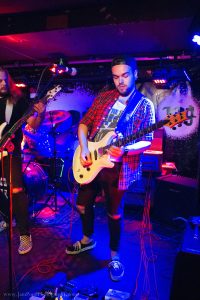 The highlight was probably ‘Emergency Exit’ which they’ve released themselves.  Straightforward rock, with some screaming chucked in as backing vocals.  I can see that Fortify probably always be compared to Paramore, but I can see them playing bigger support slots soon.

Very competent heavy rock/blues band. Rhymes along the lines of “justify” and “testify” in abundance. If you threw Guns and Roses, Soundgarden, Nickelback, Judas Priest and every other classic rock band that’s ever played in the last 40 years into a blender – that’s the sound of At The Sun. My ears started to hurt by the end – more to do with volume than a lack of melody. The crowd loved it and even managed to get an encore out of them despite the tight schedule. Probably the audience choice of the night.

A turn towards indie and another guitar/singer and drummer duo. Clever use of loop pedals on a Danelectric guitar played by Dave Myers and Mark Champion on drums. Best way to compare them to something would be to say it reminded me of a a merger of Defones and Muse although the vocals could have done with beefing up a bit. As part of the rock duo family, I think they may need a bit more than a reliance on effects pedals, and tight drumming. Not saying anything, but I think I would point any duos looking to make their way in this now crowded marketplace to the likes of Saint Phnx, Slaves, or even Tommy and Mary for inspiration.

I’d been looking forward to catching Bexatron, as I didn’t manage to get along to see them support Spizz Energi last month as I had hoped.  Any band that shares a stage with Spizz can’t be bad in my books and it was great to be at their first headline gig at 229.

Bexatron have a blend of post punk glam rock that engages the crowd – although they did suffer a bit from an emptying venue due to the rest of the bands and their supporters heading home.  But those of us who were there enjoyed the attitude plus of their stage show, with the perfect front woman of Rebecca Bex, who has a touch of the Lenas, Siouxsies and Debbies about her.  She struts, she hollers, she poses for that annoying photographer who insists on using a flashgun like a strobe. They were slick and well rehearsed – even their hellos and goodbyes were scripted on the play list. There was even a rare sighting of a Gibson Les Paul on offer played by their lead guitarist from under his American style police cap (which reminded me of Phil Ross in Spizz Energi too).

Bexatron play music for jumping about to half drunk. They’ve got songs that remind you of something (Jo Jo’s has roots Back in the USSR?).  They’re on the up and they’re having a good time. Just one glance at their set list will give you an idea of what I mean:

Absent Kelly have regular gig nights and showcases and are running a mini-festival over the four weekends in August at various venues in London.

More work from Marcus Jamieson-Pond at his author’s archive.  More images from this gig and others can be found at www.jampondphotography.com/gigs