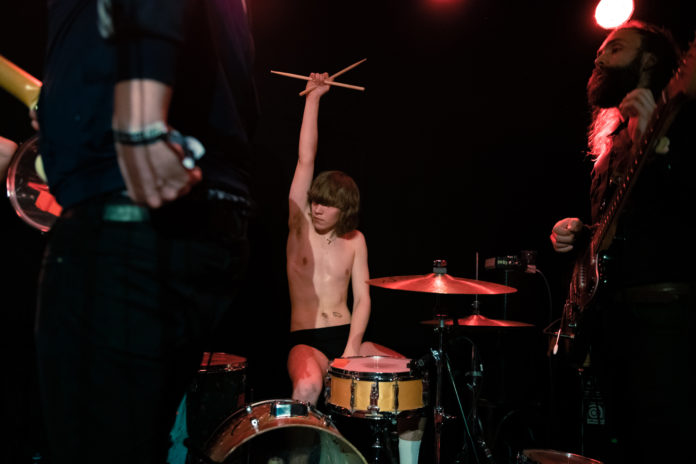 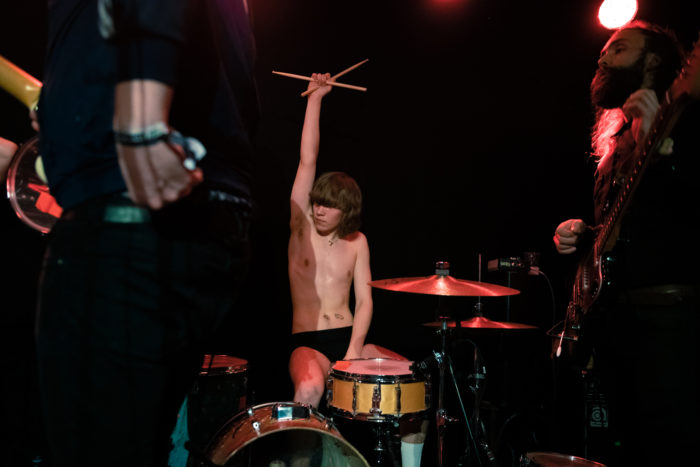 With a few standout names such as Michael Gira this year or Thurston Moore previously, Aalborg’s Northern Winter Beat is a festival always worth exploring. This time the festival united local acts and talents hailing from as far as Belarus and Australia, New Zealand and the US. Geographical boundaries don’t seem to exist when it comes to music.

Jozef van Wissem starts his set in the magnificent baroque interior of the medieval Budolfi (St. Botolph) church. His pizzicato looks so effortless that the ancient lute with three pegboxes at first seems to be a prop. Occasionally giving a piercing look towards the audience, the musician skillfully steers the course between the past and now. One of the time-travel themes is You Know That I Love You, a 16th-century madrigal by the Renaissance composer Jacques Arcadelt. Three years ago van Wissem was commissioned to perform this piece at St Petersburg’s Hermitage museum which displays Caravaggio’s The Lute Player which also depicts a young man reading the notes of the same madrigal…The further this lute player travels, the more intense these shamanic charms are. Having performed a few minimalist instrumentals, van Wissem starts singing. The effect of these enchanting loops is enhanced by the mantra-sounding lines “Do you feel like you want to? Do you ever feel like you want to?”. Later, for the encore, he plays another piece including all-the-more hypnotising lyrics “Love destroys and freezes us” multiplied and intensified by hoarse vocals and his strong Dutch accent.

A parallel reality and a portal to a less distant past open in 1000Fryd, a club that looks like a cave, that can trace its history back to 1984. Here the Liverpudlians OHMNS hit the ground running with a roaring garage punk shifting to claggy stoner rock. The guitarist seems to enjoy stepping off the stage and displaying bloody fingerprints on his Gibson while bending backwards.

Needless to say, the historical part of Aalborg is teeming with venues which unexpectedly place you back in time. Seemingly inaccessible at first, the underground historical museum Gråbrødrekloster is connected to the subterranean world by a lift leading down to the buried ruins of the Franciscan monastery. The pop-up stage in the crypt is a small rectangular space but stone walls provided perfect acoustics as well as natural reverb effect. Nobody seems to mind the presence of a presumably 600-year-old skeleton in the tomb. Preparing for his set, Hjalte Ross, a singer and guitarist from Denmark, does not seem to mind either. His inward-directed vocal sounds are intimate, revealing the emotional intensity, while fluttering between major and minor guitar tunes evoke what can be described as an “autumnal” feeling. Emerging associations with John Martyn, Conor Oberst and early The Velvet Underground only add to the individuality and charming intelligence of this music. 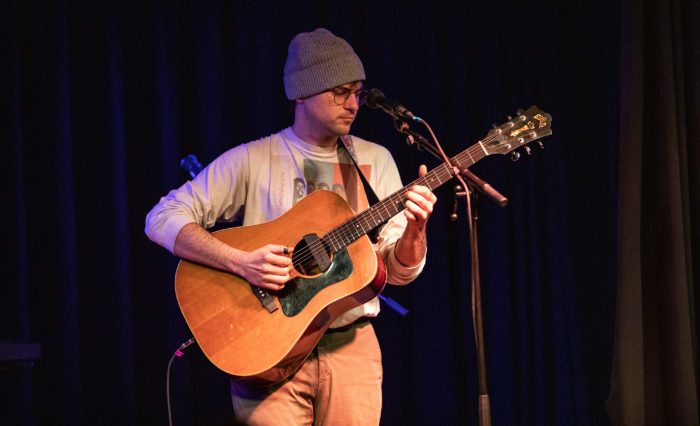 Another impressive solo performance is conducted by Ryley Walker, who, despite occasionally broken strings, gives a powerful and seamless set. A guitar wizard, he casts a spell on the audience with intricate arrangements and pedal effects that in turn produce a hypnotizing, sitar-like sound. So does Estonian fiddle player and composer Maarja Nuut, who creates a beautiful narrative by recording multiple loops featuring her voice and tunes, enhancing the storytelling effect.

Alluding to the darker season, Northern Winter Beat particularly fancies noise and murkiness. The Finnish band Teksti TV 666 epitomizes this sound concept. Performing at Studenthuset – a local Student House and trademark venue of the festival, the Finns produce an avalanche of thick noise with six guitars and two drum kits. The younger of the two drummers eagerly practices stage diving while being almost naked. Eventually, the party is joined by a sound man who suddenly takes out a guitar and plugs it into the mixing desk. A bit shaken by the overall frenzy and slamming, the audience seems more excited than ever. 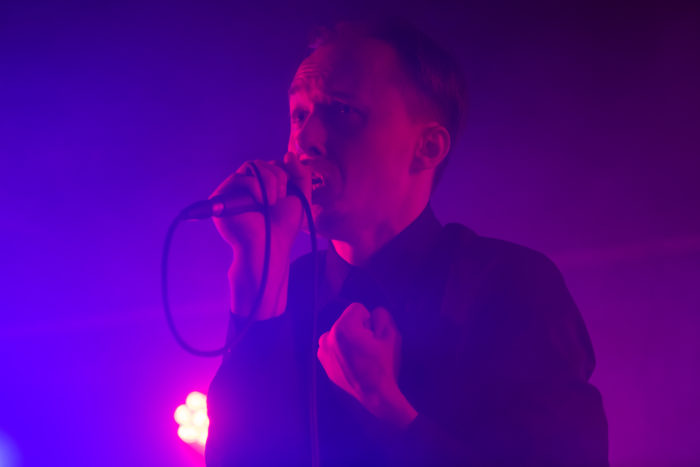 With a milder display of dancing at 1000Fryd, Belarus-based Molchat Doma submerge listeners into the world of 80’s gloomy new wave and Motorik-driven post-punk. Equally alluding to Soviet rock legends Kino and synth-pop trio Bioconstructor, they nevertheless get a great deal of attention from a foreign audience than those closer to home. Articulating rough phonetics while singing “Ya ne Communist” (“I’m not a Communist”), Yegor Skutko is not expecting to be understood but he’s busy transmitting the universal emotion of angst.

Unity on a broader emotional level is achieved by Efterklang, whose harmonies and musical warmth contributed to the sense of integrity. Eventually, the band is joined by a pop-up choir which had assembled specifically for this show. Together they perform two songs – Hold Mine Hænder and Cutting Ice to Snow. The crescendo on the last seemed to elevate even the gloomiest souls. During the encore, the band members come down from the stage to perform amongst their listeners. The feeling of mutuality in the air is incredible.Some newcomers receive an equally warm reception. 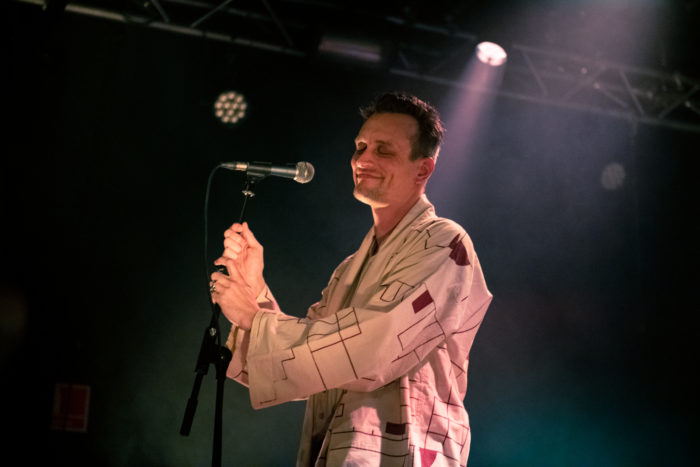 Australia’s U-Bahn fill the space with nostalgic synth-pop vibes. 70s outfits and stiff-under-lip faces suggest a comparison with Devo and Kraftwerk. They nevertheless go far beyond any associations. If a time-machine ever existed, perhaps U-Bahn could be imagined as the ones who travelled from the future to now via the past. In either case, there might have been good vintage shops on their way.

All the wonders happening around Northern Winter Beat are a result of careful selection and sheer passion for music. What a pleasure to find out that at this event the latter is the primary driving force.