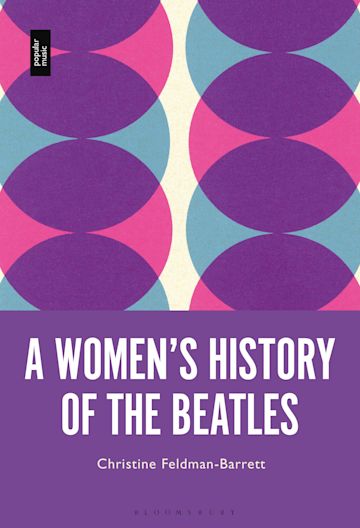 A Women’s History of the Beatles

“One might say this is an epic tale that is host to many herstories.” —Christine Feldman-Barrett

There’s no singular history of any band—especially of The Beatles. Yet nearly all formally crafted histories to date of a group that changed the face of rock’n’roll have marginalised women’s voices, intentionally or not. Before you start to point out that the band itself had no women, let me say: you’re right, but that’s not the point I’m getting at here or the impetus for Christine Feldman-Barrett’s necessary and significant new book. Rather, A Women’s History of the Beatles illuminates and stresses that how we tell stories matters, and the positions from which we tell them can affect the narratives that come forth. Indeed, this particular account of The Beatles is shaped by female fans, scholars, musicians, business owners, and the many and varied women intimately connected to each Beatle. It’s thus at once historically minded, drawing on recollections from women whose lives both shaped and were shaped by the band, as well as forward-looking, considering the careers of women in various parts of the globe for whom The Beatles became a starting point for their own life’s work.

The number of existing texts on John, Paul, George, and Ringo is far too voluminous to list, and certainly, many of them contribute to reshaped histories of the band. Feldman-Barrett’s contribution nonetheless leaps out as indispensable amidst the broad and in-depth stories that have already been told about The Beatles. In her words, it’s “a new version of Beatles history [that] emerges: one that demonstrates women’s vital engagement with the band over the course of almost sixty years.” It’s not just about who is included in the history being told, but about who has the capacity to narrate it. After decades, Feldman-Barrett centers on stories narrated by women.

A Women’s History of the Beatles begins by addressing fan culture and the rise of Beatlemania, bringing together experiential knowledge from female Beatle-lovers in the Liverpool area to “aca-fans” or “scholar-fans” like Feldman-Barrett herself. The book rightly destabilizes the gendered “hysteria” of Beatlemania, demonstrating how women practice fandom in nuanced and artful ways. “Female aca-fans,” Feldman-Barrett argues, “must challenge lingering stereotypes that a woman’s interest in the band is always already synonymous with ‘feminized hysterical affect’ rather than the ‘intellectually mature, artistic appreciation’ commonly (and usually unreflexively) attributed to men’s engagement with the band.”

Female concertgoers in Merseyside came to define the spatial intimacy of Beatles fandom, developing forms of “interpersonal communication” with the musicians prior to their global celebrity. Those relationships became dialogic, establishing a rock’n’roll framework through which to understand an audience’s relationship to a band on stage and vice versa. In those same early years around Liverpool, women in each Beatle’s life performed roles that were traditional (such as mothers, aunts, sisters) but also atypical (as professional mentors). 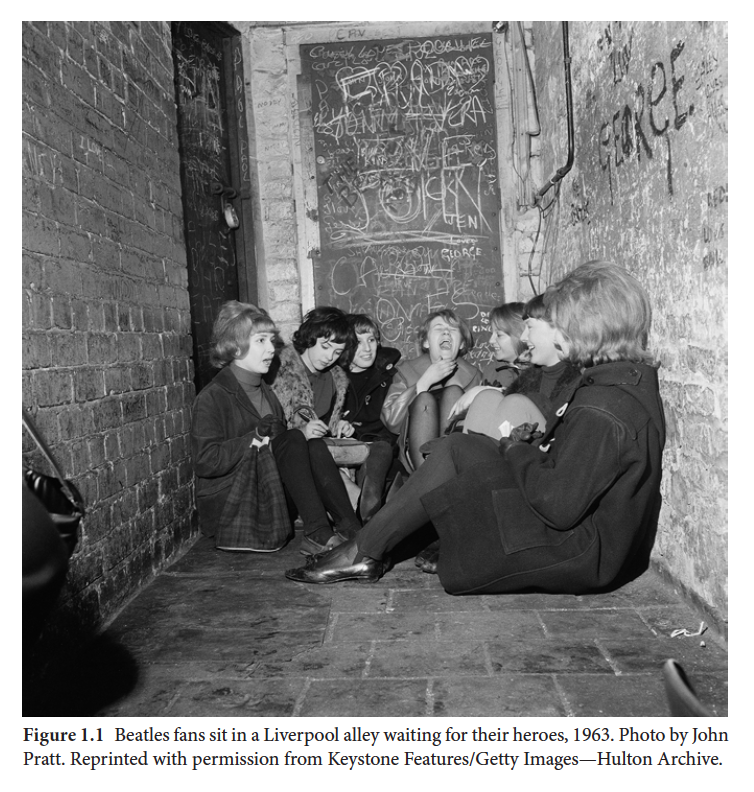 As Beatlemania took hold, that fan culture “allowed girls to create their own cultural space” that was otherwise mostly nonexistent. In the 1960s, being a Beatles fan connected girls and women to one another in North America and throughout Europe. As time pressed on and Beatlemania dissipated, fandom shifted in the 1980s and 1990s. In those later decades, there were certainly female fans of the Beatles, but those girls and women formed communities out of their shared (slightly underground) love for the Beatles and their synergetic knowledge of the music. Indeed, “more than half a century later, girls and young women still felt understood by the Beatles and, in turn, were able to better understand themselves.” As a brief personal aside, I was one of those fans in the 1980s and 1990s, so this book resonated deeply with me. Before the onset of the digital age, I was part of a group of girls who assigned one another Beatles code names for passing paper notes in school and, even more so, developing a sense of belonging. In case you’re wondering, I was Lovely Rita. 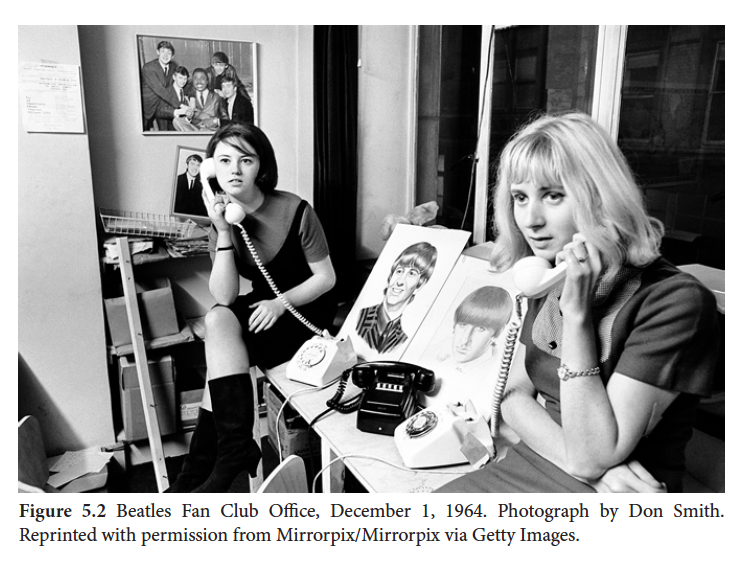 While fandom did create a sense of community among female listeners, Feldman-Barrett points out that these narratives are largely Western ones. For a variety of reasons—many political and some practical—Beatles records didn’t circulate as widely in regions of the Global South or within the Soviet Union, and the Beatles didn’t really perform in these locations. Thus although the book enlivens previously omitted voices, it nonetheless notes its own limitations and the ways in which certain women’s stories remain marginalised.

Beyond fan culture, A Women’s History of the Beatles also reframes narratives surrounding celebrity women connected deeply to the story of the band. Most striking is Feldman-Barrett’s discussion of Astrid Kirchherr, the phenomenal and dazzling Beatles photographer who also happened to be a woman. For quite some time, Kirchherr simply didn’t receive the recognition she deserved. Upon her recent death in 2020, however, music historians and journalists, as well as fans, “acknowledged Kirchherr as an agent of change within the band’s story.” Indeed, “[i]t was Astrid who first prompted the Beatles to think deeply about the power of style; it was she who also encouraged them to broaden their outlook on the world.” With regard to Kirchherr, the book also discusses the “power of the female gaze” in shaping global knowledge of The Beatles.

Speaking of photographers and artists, Feldman-Barrett observes how misogynist framing narratives still persist in the present for many women linked to The Beatles. Despite having a career of her own, for example, Linda McCartney was “long cast as a glorified groupie who managed to fully infiltrate a Beatle’s musical career.” And the racist and sexist tropes that have defined much public consumption of Yoko Ono are worse, revealing the ways in which even women are inculcated by the patriarchal cultures in which they’re immersed. Here’s your reminder, in case you need it, of Yoko Ono’s groundbreaking art and activist work.

And finally, The Beatles catalysed women’s businesses (like Beatles tours and fan clubs) as well as hugely successful bands. A variety of musicians formed groups in response to John, Paul, George, and Ringo—from Charlotte Caffey of the Go-Go’s to Siouxsie and the Banshees to The Bangles. I was personally surprised to learn recently that Ana da Silva of The Raincoats, too, was a Beatles fan. Such connections are incredibly generative because they bring female fandom and the camaraderie it creates full-circle: it’s almost as if women listeners are in a secret club together with their favourite female artists, all of us thinking about the lasting power of the music.

You can order A Women’s History of the Beatles from Bloomsbury, and you can follow Christine Feldman-Barrett on Twitter. A paperback edition is forthcoming.