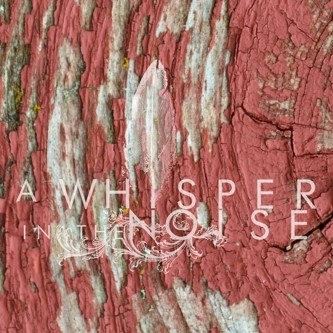 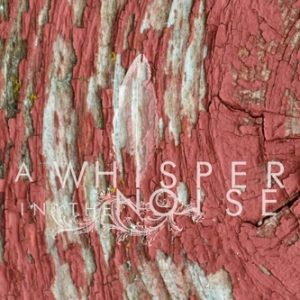 Fourth album from the Minneapolis-based group first formed by West Thordson back in 2002 who for this album was joined in the both the song writing process and the performance by Sonja Larson ”â€œ this has enabled the band to progress musically, by allowing Thordson to step back ever so slightly from vocal duties, the space more than amply being filled by Larson’s lush tones and fragile strings.

What A Whisper In The Noise took two years to construct is an album of stunning beauty, a sound that evokes a dramatic sense of loneliness and solitude, but somehow offers hope and a sense of progression. ”ËœTo Forget’ sets the scene; building slowly, a brooding synth joined by a heart stoppingly slow solitary drum before cascades of violin and chimes join the ensemble lifting the entire sound, swirling it around you then fading to a drone. ”ËœBlack Shroud’ sees the pace quicken, complimented by harmonised vocals as the song again builds, its almost organic ”â€œ each track here building wave like until the sound crashes softly around you.

It would be clichÃƒÂ©d to uses such words as atmospheric, shimmering, and haunting but on this occasion they would be entirely apt ”â€œ Thordson and Larson have crafted a gothic tinged neo classical masterpiece, partly orchestral, partly choral with a modern sensibility drawing inspiration from such contemporaries as Phillip Glass and Roger Waters to the more obscure US bands such as Lycia and Black Tape For A Blue Girl; to this they have drawn inspiration from nature itself and manage to blend strings, and subtle electronics with their complimentary voices to produce a cinematic sound that will carry you away to a place deep inside of yourself.

The production is crisp, the vocals distinct, despite the layers of treated sound, there is real emotional warmth to the album that ushers your engagement. ”ËœYour Hand’ is the albums standout track, with the piano sounding a melancholic lament before Larson’s voice induces lost memories, it’s also lush and richly steeped with feeling yet haunted by benign and world weary spirits.

This is the soundtrack to a film yet to be made, a hugely evocative sound to accompany barren landscapes, permafrost tundra’s ”â€œ but to act as a signal, a beacon for the future. A hugely powerful sound, that has previously be described as a ”Ëœsonic tapestry’ ”â€œ a sound that will demand of you reflection and introspection.