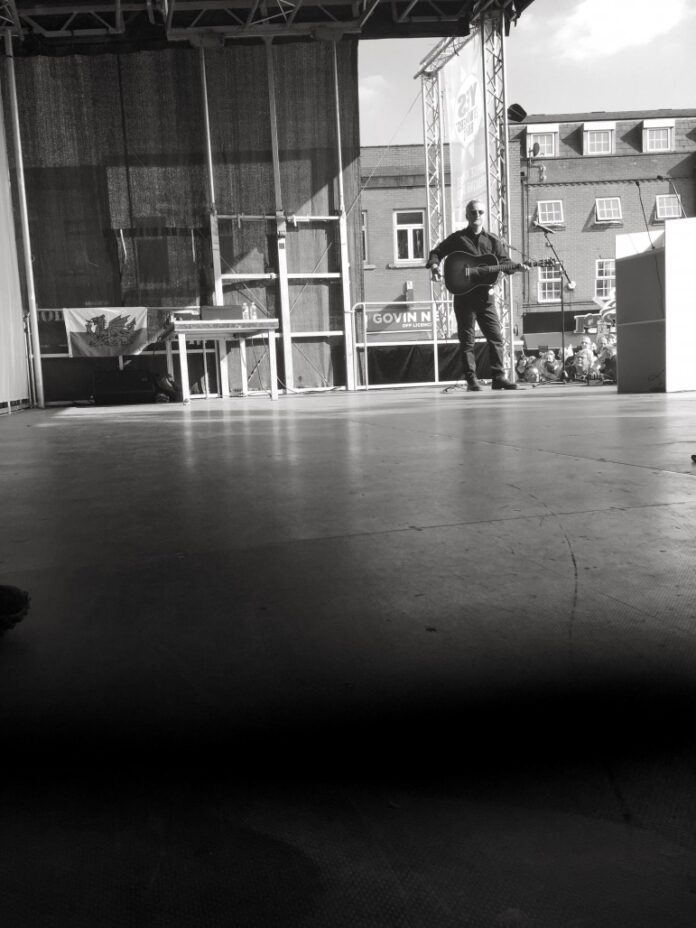 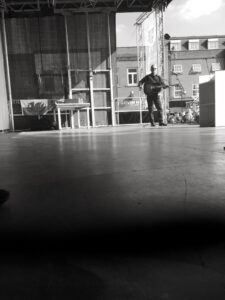 Manchester basking in the glow of the rare October sun is a strange and surreal experience.

It’s this weird warm glow that gives this Sunday’s events a dayglo tinge of extra oddness.

Even the mid evening walk home past the Tory party conference ring of steel and past the Bridgwater hall were Sir Cliff Richard is playing adds to the quark, strangeness and charm of the moment. A bizarre mixture of blue rinse Cliff fans mingle with Tory party attendees going in different directions along the city street – the two fan clubs look oddly similar as they merge into a sea of blue on a day that has seen all the different shades of our great country peering into eachother’s eyeballs and looking confused by their opposing takes on 21st century UK.

Today was a tale of two Britain’s.

A Sunday afternoon full of cultural clash and a very British stand off.

On the day that 80 000 protesters marched against austerity and cuts whilst standing for workers rights the Tory party conference convened in the city centre for their annual conference. The Tories were surrounded by a ring of steel whilst the TUC march was open to everyone and in my role of compere I intro’d great speeches from the likes of Owen Jones, Len McCluskey, TUC General Secretary Frances O’Grady and many others as well as a powerful and stripped down set from a Billy Bragg armed only with an acoustic guitar singing his heart out. The huge crowd poured into the distance and then down Manchester’s Oxford Rd taking a stand against the Tory’s new vigour and harsh austerity regime that is really beginning to bite.

The good natured TUC march flowed past serenaded by Billy Bragg as all comers made the stand and then the walk against the savage Tory cuts, the austerity bills and the union bashing that has been normalised by Adman Cameron and his mean spirited team of cronies – the anti Robin Hoods stealing from the poor to feed the rich.

As the march ended we took a walk up to the Midland hotel in Manchester city centre to watch the the fault line between the two very different versions and visions of this disunited kingpin. The Tory conference attendees had been warned about not wearing their passes in the Manchester streets as they walked around in the least Tory city in the UK.

To be honest they didn’t need the passes. They already stand out.

Manchester on a Sunday is not a city full of grey suits and those floppy, flouncy hair cuts that mark the Tory male out. The spot the Tory contest became boring after five minutes as they stood out a mile in the melee as the way walked past the large clutch of demonstrators outside the Midland hotel.

The tension was palpable but generally good natured apart from 4 spitting at journalist incidents and an egging as the chants of ‘Tory Scum’ greeted each delegate as they walked through their portal entrance in the ring of steel. The fact that the Tories were here at all in the Midland Hotel 200 yards from the Peterloo massacre gave the moment an added historical irony.

Has the schism between the two Britains ever been bigger? the two sides glare at each other – the suits with their well fed hides and the demonstrators – a mixture of righteous and back clad anarchists. Occaissonally it flares up with words and ugly spitting at journalists and a couple of reported eggings. Generally, though, the anger is contained in chants and baffled glances from the two ends of this island’s communities. The have’s and the have nots. There is no consensus, there cannot be consensus as social and economic tectonic plates of 21st century UK slip further apart.  Somehow stiff upper lip and manners prevail, words may fly through the air as the cops on the roofs of the surrounding buildings with their machine gins and hi tech cameras take it all in.