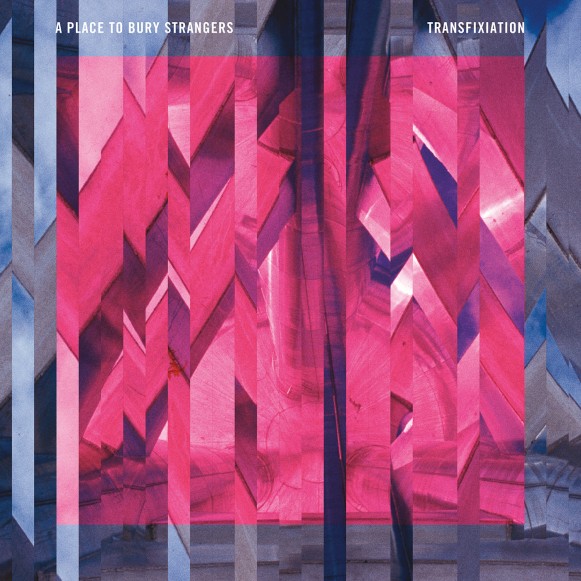 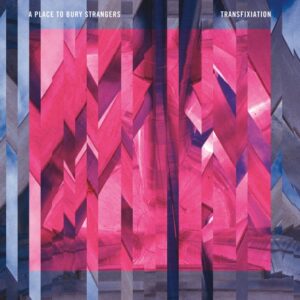 APTBS attempt to differentiate their 4th full-length album Transfixation from their previous ones. While they continue to skillfully play with composition and noise, the result is less addictive than their sharper, earlier releases.

A Place to Bury Strangers’ 2007 debut was a fresh wound that you wanted to keep licking – this fascinating end result of a story. One that you turn over in your mind repeatedly in horror or awe, or more often, a potent combination of the two. The story was in part that of Death By Audio, and it made sense that Oliver Ackermann, a dude who used his engineering background to create those sweet special effects pedals (with appropriately descriptive names like Super Fuzz Gun) could be capable of creating equally cool music infused with the industrial – a force not only behind his band’s sound, but an overall aesthetic that’s translated to album artwork and videos.

The band’s debut was noisy and different, a welcome take on Ackermann’s influences, pioneers of their genres – darker post-punk like Joy Division, Jesus and Mary Chain, and shoegaze like my Bloody Valentine. Atmospheric noise was the objective, but it was layered, complex, balanced with catchy, shimmering moments either spliced up and torn to sharp shreds with welcome interference or annihilated completely by piercing noise. The magnitude of moving masterpieces like “The Falling Sun” was what the band was about.

The band’s sophomore release Exploding Head was a bit less erratic and raw, but still nothing to scoff at, as as a whole it still warrants re-visitation over time. The darkly danceable “Everything Always Goes Wrong” and the slick, sultry “Deadbeat” with its electrified swagger showcased what the band did best, but with more deliberacy. 2012’s Worship was even more calculated and less memorable, but select tamer songs were as successful as they were sensitive– like the multi-faceted “Dissolved”.

APTBS’s 4th full-length, Transfixation, tries to build a stronger impression than their last album. However, its opener “Supermaster” despite its name, is highly subdued and a far more uneventful note to bring the album in on than “Alone” was for Worship.

That overwhelming wall-of-static-sound effect that was a defining principle of the band is delivered in measured doses on the somewhat muffled new release. The band still has a badass, dark, dangerous kind of sound, however. The issue is looking at the album within a comparative framework. If this album was by a new band, with no precedent set by previous releases, Transfixation would hit much harder. While an interesting listen, it doesn’t possess the power to bring listeners back over time the way their first two releases did.

APTBS has said that their latest recording is an attempt at rendering their live sound, though the last minute of “I Lived My Life To Stand In The Shadows of Your Heart” off of Exploding Head portrays the experience of their live sound better than the majority of their new release.

The backbone of the album is decidedly more straight-up rock i.e. the pulsating blender that is “Fill the Void” and the drag-race, car-crashing feel of the moto-rock “I’m so Clean”. The album’s punchy first single “Straight” does a good job of summarizing how APTBS’s songwriting has diverged. The emphasis is on the cleaner groove throughout rather than the noise and distortion that punctuates the track.

The My Bloody Valentine-esque “Love High” may be the album highlight. This shoegazey, euphoric, undulating bliss that accurately represents what love highs tend to be like – surreal and short-lived. The droning slow and low “Deeper” is thick and heavy. “What We Don’t See” is a flickering, fuller version of “Another Step Away” off the band’s debut.

APTBS attempt to make each album unique by further proving their songwriting ability beyond their niche of just playing with noise (which is valuable skill in itself, involving specific considerations composition-wise).  Yet, the fact the first two albums are their best may have to do with the freedom to do as they pleased without being bogged down by this concern. The band’s noise-making aspect remains commendable and they should never hesitate to embrace it. The plethora of custom pedals at their disposal is an added bonus rather than something that detracts from the band’s respectability or cool-factor.

A Place To Bury Strangers can be found online here: aplacetoburystrangers.com. They’re also on Facebook and tweet as @aptbs.