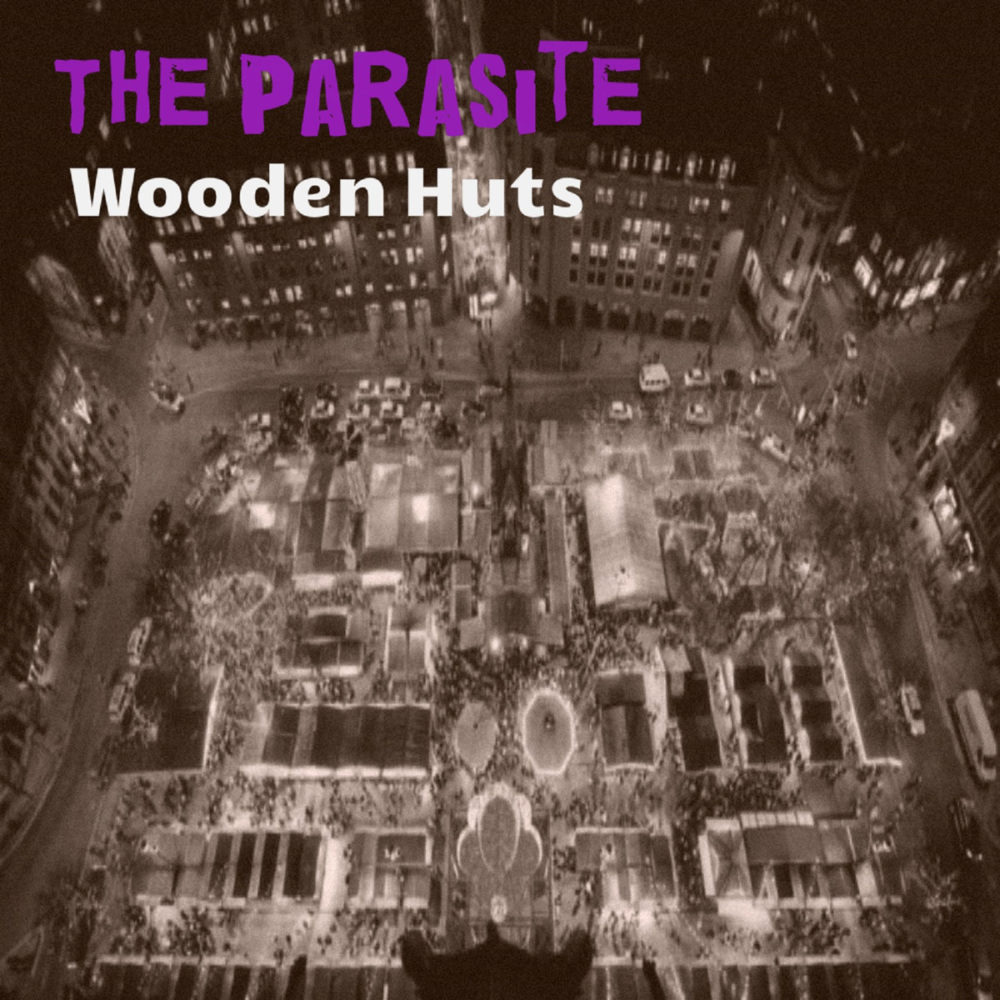 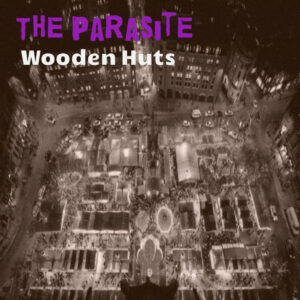 A partly political broadcast on behalf of the Parasite Party… German Shepherd Records recording artistes on Xmas City Centre markets and the homeless.

There is one in Manchester, one in Southampton… and probably others all over the UK:  City Centre Christmas Markets.

Lines of wooden huts and stalls selling ‘seasonal goods’…. German Shepherd Records of Salford have covered the subject in one of their latest releases ‘Wooden Huts’ by the Parasite (who are the two men behind the label Ian Moss and Bob Osborne) because the location of these markets are the same places were the cities homeless are usually visible…  This is what they say:

A partly political broadcast on behalf of THE PARASITE Party

This is so very wrong in a so called first world country.

It struck us that the homeless might use the Wooden Huts as some form of temporary shelter, and our more anarchistic inner monologues even suggested knocking down the Huts and using them for firewood to keep the rough sleepers warm. These ideas are covered in Moet’s lyrics.

However temporary solutions, a bit like the Huts themselves, aren’t the answer, so we would like to give you the chance to donate to a homeless charity by buying our musical offering. All the money raised from this release will be sent to Crisis after we have paid our admin fees to Bandcamp and Paypal.

A donation of £28.18 to Crisis will give someone this Christmas
-A warm welcome and good company
-Three nutritious, hot meals daily, including a delicious Christmas dinner
-A bed for the night, if needed
-A chance to shower, freshen up and get clean clothes
-A health check and treatment from a doctor, optician and dentist
-Expert help with mental health and addiction problems
-Advice on housing, employment and benefits
-A way out of homelessness for good through Crisis’ year-round training, education and support.

We have 800 followers on Facebook – if each of them donated £1 we could help over 20 people.

It’s a modest target for a big-hearted, small cottage-industry non-profit making label – so why not give them yer ferkin money -as someone once said – instead of buying a German sausage (try some German Shepherd!) or instead of some tack from a wooden hut, spend a quid (or more if you can) here and let the Parasite serenade you.