Home Music A Paean to The Durutti Column: Interview with Phil Cleaver of Kooky... 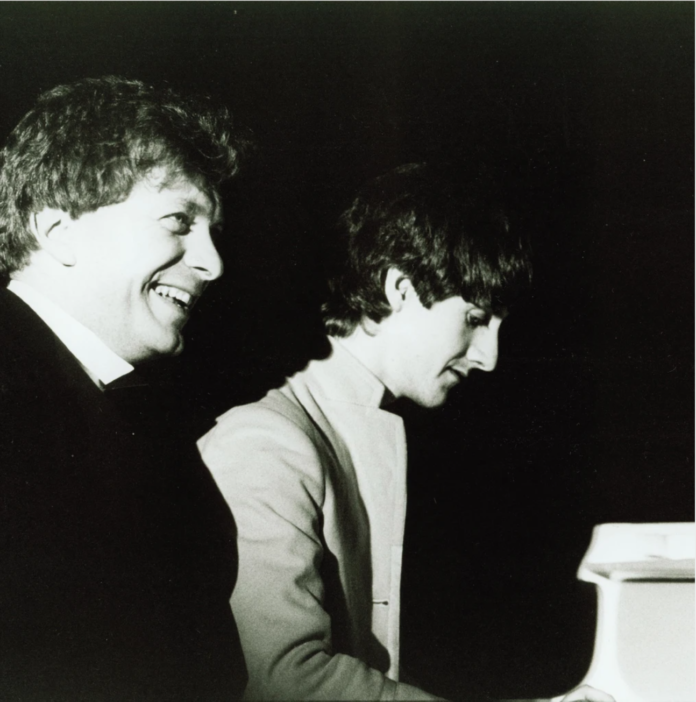 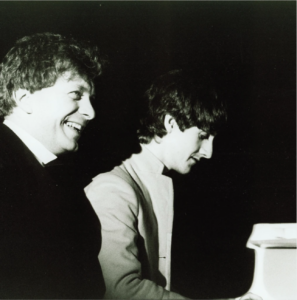 A new reissue of The Durutti Column’s A Paean to Wilson on Kooky Records is here to remind us all what it means to love the music. Phil Cleaver, one of the co-founders of Kooky, talks about the history of his label and how it all comes back to the sublime work of Vini Reilly and Bruce Mitchell.

It’s easy to yearn these days for a label that’s releasing records because someone really just loves the music. Somehow it’s becoming increasingly rare to find that warm authenticity as the industry capitalises on our worst desires for nostalgia and consumer impulses. To be sure, so many new releases bear the earmarks of mere simulacra, reminding us of something sonic or visual we’ve encountered before but without sufficient substance to pay homage to the original. Lament no more. Kooky Records has new Durutti reissues planned on vinyl that will take you back to your love of the music and the truly distinctive sounds of the Manchester band.

“My reason for reissuing everything on vinyl that Kooky initially did on CD is to make sure it’s done the way I want it to be done,” Phil Cleaver of Kooky tells me. “I don’t want anyone else doing it, risking that it doesn’t get done right.”

Phil Cleaver and Alex McMurtrie have been releasing the sounds of The Durutti Column since 2002 when their label, Kooky Records, put out Sporadic Two. After nearly 20 years, they’re still finding new ways to release the music while remaining true to the beautiful minimalism that is The Durutti Column. I chatted with Phil about Kooky, his reverence for the band’s inimitable members Vini Reilly and Bruce Mitchell, and the music he has been able to release with these two unequalled musicians. “Working with Durutti Column has always been about having the opportunity to do something for the right reasons, as a labour of love. It’s something that hasn’t got to pay the bills that sometimes works and sometimes goes horribly wrong in terms of commercial success. But I don’t regret anything I’ve done.”

As Phil explains of himself and Alex, “we’re ultimately just fans at the end of the day. When we started Kooky, Vini used say things to me like, ‘I just can’t thank you enough for this new support.’ And my answer to him was always, ‘Vin, it’s just a bit of time. It’s just a bit of time because that’s all it is. If you love something, if you love anything in your life, you can always make it work. And we love Vin. And we wanted to put something out. That’s probably not very cool. It’s probably not very Factory.” Something tells me, of course, that it’s very Factory—that a passion for the music, above all else, drives the release of the records.

There’s more to the story, so let me take you back just a bit further in time. Phil describes 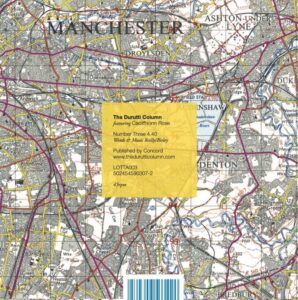 how he “got into Durutti Column as a massive, massive, massive, massive fan,” for Phil, The Durutti Column became a band “I always wanted to work with.” So how’d it all really get started? Phil recollects how “a friend of mine who was completely tuneless but loved music said, I want to start a record label. I said, I just think you’re mad. But the first single we did sold out in presale, Peel played it, and we thought this is how it works. We thought we knew what we were doing. I cut my teeth for two years really doing mail order for Bruce. This was really before the Internet was what it is now, and things like eBay Discogs and PayPal just weren’t in existence . . . . The world seemed to be a much smaller place.” 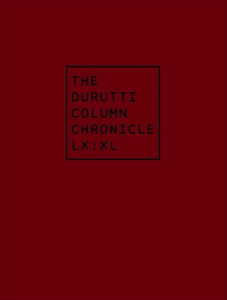 That first Kooky release in 2002, Sporadic Two, featured sounds from The Durutti Column that brought listeners back in time by a decade and more. “Durutti Column did an album called Sporadic Recordings in 1990,” Phil explains, “and Bruce just gave us a load of offcuts and outtakes. In 2004, we did Tempus Fugit, which we’re going to re-release on vinyl shortly. And then we did the album Sunlight to Blue…Blue to Blackness, followed by Sporadic Three. And, you probably know, we later did Chronicle LX:XL.”

Of course, before Chronicle, there was the incredible Kooky release A Paean to Wilson. And there’s a great story behind that record. Phil joyfully tells me, “It’s one of the best things I’ve ever done. It started with Bruce and the Manchester International Festival. They wanted to commission this album to commemorate Tony Wilson, who, you know, we needn’t elaborate on his legacy! ‘Making history, not money,’ as he would say. Bruce pulled together the artwork. He was going through some old images and found this fantastic one of Vini at the piano with Tony at the opening night of the Hacienda (those images were taken by Stephen Wright—famed for the Smiths Salford Lads Club shoot—at the opening of the Haçienda). There’s flour on Tony’s shoulder from people throwing stuff at them, and Vini was in his Ed Banger old school jacket he had from Ed Banger and the Nosebleeds.”

A Paean to Wilson also reflects Vini Reilly’s love for the late Factory Records founder. Phil reminds that “Wilson hated, hated, Vini singing. He didn’t like him singing—full stop. There was this sort of real love, love, hate thing between them that they could fire off each other.” And that relationship was only part of the story, of course. Phil tells me that “Vini was one of the last people to see Tony alive. For all of the ups and downs he and Tony had, Tony had a massive, massive impact on his life.” Phil circles back to the album, reiterating, “I think Paean is one of the best albums Vini has ever done, especially after Factory. And I’m not saying that because I liked it. I love it to pieces—it’s brilliant. It was a real honour to do that because to me, outside of everything Tony Wilson did—ironically, who it’s for—it was the best thing that the band have ever produced.”

Kooky is re-releasing the record as a triple album on vinyl, including the CD bonus disc on vinyl and the Heaven Sent stuff from Factory Carnation f4. They were originally going to release it for what would have been the 70th summer of Tony Wilson’s life—a nod, in some ways, to the Festival of the Tenth Summer that celebrated a decade of punk in Manchester. But Phil laughed when he mentioned the planned release date for Summer 2021. “I’m laughing because, like most Factory things, it’s for the 70th summer of Wilson’s life but somehow it’ll end up coming out in the winter because that’s just the way these things happen, very Factory. In the end, it’ll be out as soon as we can get it out.” He’s an absolutely fantastic designer. When you speak to him about design, it’s clear that everything has a purpose: Don’t just put this picture here or this text here without a very good reason. What’s the purpose of it? It’s all done by design, and he’s up for doing anything surrounding the legacy of Factory.”

Speaking of Factory and Durutti music, it was a joy to hear Phil talk about his friendship 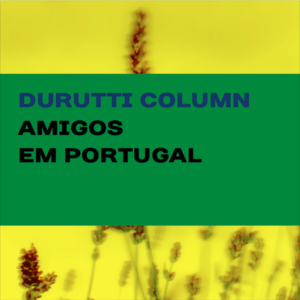 with the incomparable Bruce Mitchell. “Bruce knows everybody and everybody knows Bruce. I think it was Dave Simpson who wrote that Bruce was the real Mr. Manchester, and he really is…,” Phil says. “When I get to Manchester,” Phil tells me, “I’ll give Bruce a ring. You can’t make an appointment with Bruce because there’s too much going on. It’ll be, ‘I’m around, kid, give me a ring later, see where I am.’ It could be he’s turned up with a load of barriers from a dog show somewhere, or he’s on his way to look at lighting somewhere, and he’ll meet you in between. He’ll literally rock up in with his little monocle, the long black Vivienne Westwood coat he wears. We’ll have a few drinks and a bite to eat and I will listen to some incredible stories and anecdotes. Bruce always knows where to eat and drink. There’s a book there that needs to be written.”

Speaking of books, Phil tells me that Bruce “loves books. Sometimes he’ll just send you a book to read, then say something like, ‘here’s a great book to read, kid, but you don’t even do that kind of thing, do you?’ But the more disparaging, the more cruel, the more he likes you—it’s a badge of honour to be completely ripped apart by somebody from Manchester.”

When it comes to Vini Reilly and Bruce Mitchell, Phil observes, “I wouldn’t say they’re kindred spirits because they’re so different as people, but there’s a deep connection, an empathy between those two people. If you stand stage-side,” he tells me, “you’ll see them play Jacqueline. Vini always introduces it by saying, ‘We’re going to keep playing it until we get it right.’ Bruce gets his solo going, and you can see this spark—this light, this spark. You’ll see Vini looking at him, and they’re in this dialogue as if to say, are you going to stop, and should I start? And Bruce will get this handkerchief out and tie it to his drumstick and wave it [laughs]. I think the endearing thing for me, always, is the chemistry between two people,” Phil reflects. “Bruce knows Vini better than he knows himself.”

You can order the new deluxe 3LP of A Paean to Wilson from South Records. And keep an eye on the Kooky website and Twitter account for more Durutti Column news and releases!