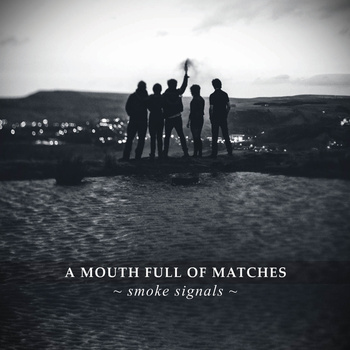 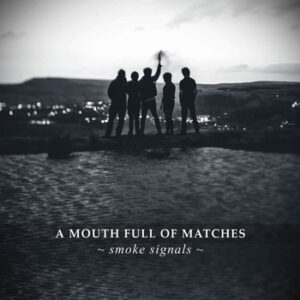 A Mouth Full Of Matches are from Manchester and have been building a steady following over the last couple of years through their tireless gigging all over the country. Their recent tour to launch this, their second self financed EP, featured a headline show at the Manchester Academy 3 and a stop off at the Unicorn in Camden. While most young bands think of a name to give them street cred or project their power, A Mouth Full Of Matches picked theirs from a poem by Anis Mojgani. This isn’t your average student metal band.

This follow up to last year’s Tasting Fire EP shows a band who are blossoming and maturing through their alt-rock roots and, like a butterfly soaring from a chrysalis, they are becoming a special voice in the still very much alive rock scene. A scene in which they are creating quite a buzz among both the young and older fans.

Starting with the anthemic Danger High, the band has clearly found their style and sound. A groovy tune which straddles the pomp of nu-metal (remember that?) and melodic power pop, but with an edge and freshness that is as infectious as Ebola.

One By One follows a similar yet not derivative formula, with band’s twin guitar sound of Mark Holden and Jane Hebenton melding in perfect face melting harmony. The other twin in the group – Jane’s sister and the band’s bassist Helen – along with Steven Hall’s thunderous drumming provide a furiously solid backbone to compliment Tom Buxton’s clear cut vocals that compliment the power chords. This is amped up even more on Wait For Me, a soaring track which includes some brilliant breaks and gives Tom a chance to show even more dexterity with his vocals.

Young Blood, the EP’s lead single (video below) rounds off the disc in style with a great, catchy hook and infectious riffs, which could easily break through to the mainstream radio given half the chance.

Musically, the band channel the commercialism of Thirty Seconds To Mars with a harder, yet just as melodic, edge of the likes of Evanescence. The EP stands as a statement of intent for the band; producers Matt Hyde (Slipknot, Machine Head) and Carl Johnson have clearly shaped the band’s sound to reflect their monolithic live sound and energy. They are fully focussed, and certainly going in the right direction.

If you’re not afraid of the more melodic rock sound, you can’t go wrong with A Mouth Full of Matches.

You can find A Mouth Full of Matches on Facebook, Twitter, Soundcloud and Bandcamp. CD copies are available from the band’s shows.

All words by Martin Unsworth. More of Martin’s work can be found in his Louder Than War archive.