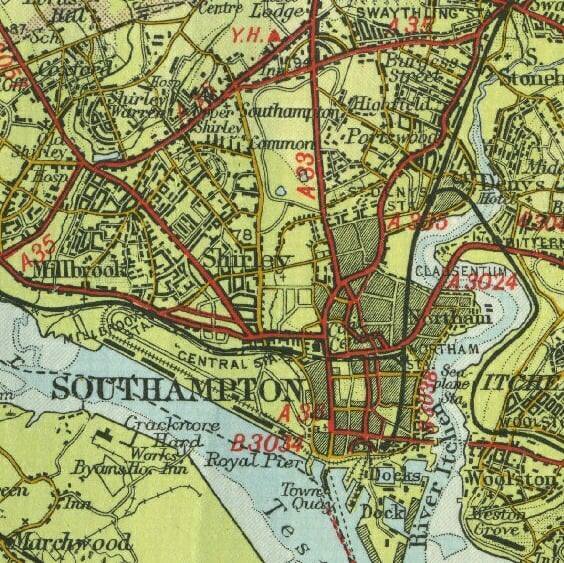 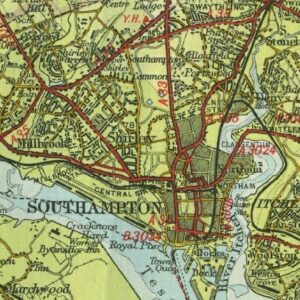 “A Southampton compilation isn’t legit until Ged Babey gives his opinion on it”, apparently. He’s been covering bands from his adopted home-city for thirty years plus, so as well as the latest Sofa City project, he has a listen to what else is happening in locked-down Southampton in the indie and underground music circles. (Note – does feature a couple of token artists who are under-50!)

The Sofa City name appeared in the 1980’s when audiences tended to stay-in rather than support local music in Southampton.  This had changed massively, but Covid means, well, everywhere is a Sofa City now, looking for musical kicks online from the comfort of your settee.

The Pete Harvey helmed collective decided to relieve the boredom, fly the flag and advertise there wares with – A Midsummer’s Night Stream – the Sofa City Collective online.  It’s all here on Soundcloud, with odd tracks on Facebook too.  And a great variety of mainly very chilled-out, laid-back sounds it is too.

The youngest artist included is a fantastic home-recording by Aarun Parmar-Cunio – who I only know of as the son of folk-rave artist and former frontman with Beautiful Life Joe Cunio.  Illusion of Happiness sounds like a classic pre-Britpop out-take by Cast or the La’s and is very impressive indeed for a recorded debut.

The stream starts off with a great cover of the Jorja Smith song by Leyanne Coombs Band, Let Me Down (Shy FX Remix). A really great slice of summery reggae-pop. Produced by local whizzkid Charlie Brown who plays drums and keyboards and sounds as if he could be a contender to the throne of Prince Fatty. It is the combination of Leyanne’s soulful melancholy voice and the mournful brass which make it just perfect.

I remember a young Vince Kellet who contributes a neat and clever song- Trademark Rebel – when he was in Indie C89 band Jane Pow. Now a ‘Gentleman of Song‘ when not performing covers he can pen a fine tune judging by this, where Peter Gunn takes a stroll down Shirley High Street.

Interesting Wallpaper – 51 Western Road is an autobiographical and very affecting song by Pete Harvey.  It’s a bit of a gem, in Pete Astor/June Brides mould, and if you know the back-story: of the band Trip and their brush with the big-time, then it’s even better.

The Chateau Bateau Band – you can read all about here.

Marco Lo Fi has a book of poetry and a double-album in the pipeline and his track Somebody Up There is melodic, by his standards, and a nice piece of sparse, spiritual digital reggae -with a hint of Clash about it. ‘I sing like angel on this man’ he insists. I was tempted to say. ‘yeah, a Hells Angel’, but it is a cool tune from his varied repertoire and is actually over far too soon. It needs an extended dub mix,

Project Dos – Far Away Across The English Sea  is a very nice piece of mellow jazz and  Nick Haynes – A Smile Doesn’t Mean That You’re Happy (Acoustic Version) downbeat but cool singer/songwriter stuff.

There are contributions from The Flying Alexanders (beer’n’fags, rock’n’roll) Su Eaton and Martin Bridle from The Beehive (folk), new act Weird Unkles (garage-folk pub-rock), and accomplished folk singer Jim Chorley.  SWAG are the electronic band formerly known as Headland made up of Alan Gibson and Stu Walker.

Anita Foxall is one of the poets in residence at Art House open-mic nights and an established performance poet. Little Tortures is set to minimal music by Pete Harvey and is a welcome interlude adding to the variety and mood in a really interesting collection.

Southamptons hardest-working singer-songwriter social-commentator Dan O’Farrell contributes the fabulous Ursa Minor, keeping his reputation as the most consistent, eloquent and erudite songsmith in the city.

An acoustic duo called Coastel are a revelation with a six minute song called Cold And Blue. Starting off in Tracey Thorn vein but half way through piano and Sonic Stealth Orchestra type synths take it to John Barry like heights.

The Sturmey Archers -contribution is not half as interesting as this brilliant track to which they have made a superbly inventive video.

There was no big plan with this compilation, just ‘here’s a bunch of Sofa City tunes, let’s keep moving forward’ but it shows what a lot of talent there is in the city.  Not ground-breaking innovators or bankable commercial propositions perhaps, just artists who love what they do and want to express themselves and share their art in the face of adversity.

They do themselves and the city proud.

Other Local Bands for more-than-just-local-people

Part of a whole bunch of local hardcore punk bands who use the invaluable Planet Sounds rehearsal space and recording studio, Abrazos are the dogs bollocks. Fast, furious and like a latterday Ramones or Minor Threat only with an ‘Ampshire accent.  Songs barely ever exceed 90 seconds.     Bandcamp

Reviewed several times in these pages Superdrone continue to make stupendous superior, supersonic, psychedelic dreampop – which they now call Solargaze.  Leaders in their cosmic field -they are out of this world and out on their own.  Their new album is available from here and here is a delicious taste of it.  Bandcamp

The brothers Missons and old friend Paul Jenman signed to Salfords German Shepherd label after a LTW review, so I am always pleased to see how they are progressing.  Their latest veers in Cabaret Volataire, almost techno territory.    Bandcamp

The Right Side of Reason

is a new solo project by Andrew Missons of Inferior Complex. Airy, ambient and pretty cool.

Last, but by no means least, this is a remarkable piece of work from a few months back, pre-lockdown.  The man behind it is legendary local figure, and not always for the right reasons, Rich Chorley.  He has a couple of books he is writing and a back catalogue of songs which he can never get quite as perfect as he wants. This is one that got finished thanks to various local musicians and a film-maker.

It fits into no convenient musical genre,: A cinematic, soulful blues croon, set in an imagined, unspecified decade. A Hamptun Sinatra in a Dockers pub singing to his lady? The video features many a Southampton legend and ne’er do well.

Congratulations to Southampton DJ Hammy -40 plus years in the business and loved by several generations of party-people – who has translated his supersonic nights into a live, Friday night online mix – request-driven and idiosyncratic it’s an online joy – the first one getting over 1,500 listeners.   Listen Here