Home Blogs A Long Emotional Ride (or Hey Nerd Do Ask Me Questions) –... 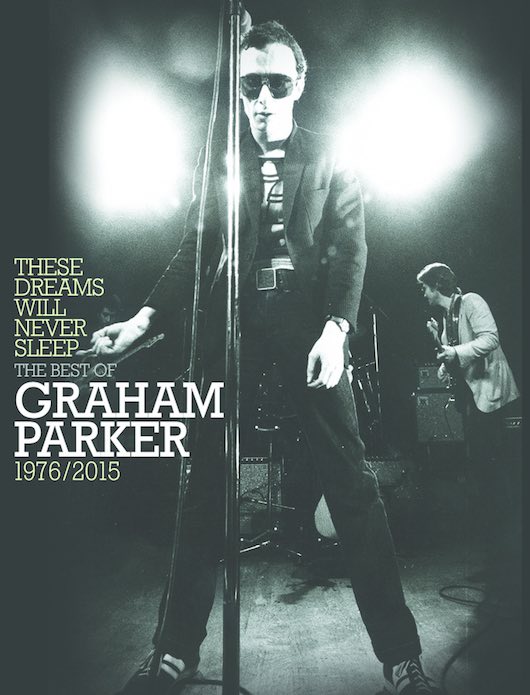 In the build up to the release of an exhaustive 6CD/1DVD boxset running the gamut of his entire output to date, LTW’s Ian Canty took time out to talk to Graham Parker
about his career and the realities of Pub Rock, 70s record company shenanigans and the perils of 21st century reunions……

LTW: Before you fell in with Dave Robinson, what was your experience of the Pub Rock scene in London, were you a fan? Did you favour any particular bands? Did the down-home, street-level approach of that scene appeal to you? Why do you think the music scene of that time was right for change? How did recording the demos you had played on Charlie Gillett’s BBC London come about?

GP: No one knew anything about the pub rock scene outside of London, at least not in Surrey where I came from. I mean no one! I’d seen the name Brinsley Schwarz in the back pages of the Melody Maker and assumed they were a German heavy metal band. Not long before my career began I did go to see the Naughty Rhythms tour in Guildford because the name Dr Feelgood sounded exciting. I think they might have been associated with something called pub rock. They turned out to be riveting and I liked the way they’d taken R&B and turned it into a violent assault. Also on the bill were a band named Chilli Willi and the Red Hot Peppers, another name associated with pub rock. After putting an ad in the Melody Maker, looking for musicians to back me, I met their bass player, Paul ‘Bassman’ Riley who suggested I meet Dave Robinson. I recorded a series of demos in Dave’s studio in 1975. Dave knew Charlie Gillett who immediately latched onto my music and played two of the demos. That got me a record deal, just like that. I felt like music was in a rut at the time. It was mostly the usual Top Of The Pops triviality or plodding prog rock. I just took classic old styles and toughened them up a bit.

LTW: How did you come to be paired up with the Rumour? Your intense stage presence was without doubt a huge influence on many New Wave singers – why do you think you came across as angry and embittered? Were you that angry then?

Dave Robinson was almost the architect of the alleged pub rock scene. None of those acts could get arrested, their window of opportunity had passed, and all they had left was to play in pubs. At least that’s what I learned from Dave as my time with him went along. So Dave knew the guys who became the Rumour well, he’d managed the Brinsley Schwarz band in fact. He put them around me. I had no idea what kind of music they made, but I could tell immediately that they could play any style I threw at them. I’d been a card carrying hippie freak only about two years before my career started, then suddenly I felt the opposite. I was blazing with intensity and felt this power coursing through me, and then I started writing exactly the right kind of songs that I felt could destroy the smug prog rock bollocks and push it on the back burner, where it now belonged. I’ve no idea how this stuff happens. Youthfulness I guess.

LTW: One thing that comes across in the sleeve-notes of the reissues of your early albums is a general dissatisfaction with how they ended up sounding…..why do you think you struggled to get your idea of how the albums with the Rumour should have sounded on vinyl? It seemed like there were major problems with the record company if “Mercury Poisoning” was anything to go by. Was it any better when you moved to Stiff for “The Up Escalator”?

I don’t like sentimentalism, so I tend to lean the other way a bit too much and get hyper critical. It’s only in retrospect that I find I dislike the texture of some of the old productions. I didn’t struggle at all, apart from the obvious difficulty of taking one guy, one guitar and one voice, and using five other guys playing different instruments to make it work. That’s the struggle, but it’s a good one. Record companies had nothing to do with the making of my albums and still don’t, apart from the fact that they gave me a lot of money to make them. Mercury were the US side of Phonogram and had no idea how to market us there. There was no precedent to us in their short term memories. They’d forgotten music before the 70’s corporate rock bands that ruled American FM radio at that time. It wasn’t their fault, really. The media had no bracket for us. As for Stiff, I only had that one album released by them, and only in Europe, because Dave Robinson was still managing me and thought it might be a good idea. The big money I accessed was still coming from the US and that funded everything, so any deal from the UK was small change. But the funny thing is, I didn’t tour behind ‘The Up Escalator’ and it sold more than the superior ‘Squeezing Out Sparks’ in the UK, so Stiff must have done something right! Perhaps it was because they plastered the tube with adverts. Much more effective than touring, any day of the week.

LTW: Why did you initially split with the Rumour? Were there any problems with them having a sort of “solo” career in addition to backing you?

Five albums in four years seemed like an eternity. I didn’t think you were supposed to be doing this after the age of thirty anyway and suddenly I’m closing in on it. I just felt I was doing what any creative artist does: don’t stand still, move into another attitude, try some different backdrops for the songs. It would have been an artistic cop out for me to keep recording with the Rumour. I’m an artist, so I’m restless.

LTW: Since the 80s you have very much concentrated on the US, do you feel a sense of frustration with the way you were perceived in the UK? The late 90s were a particularly quiet period for you, between “Acid Bubblegum” and “Deep Cut To Nowhere”, why was that? Was your partnership in the new millennium with the Figgs similar to the one you enjoyed with the Rumour?

England has always been trend orientated, and I was from the beginning very reliant on critical response to each album. The British critics weren’t pleased with ‘Another Grey Area’ at all and at any rate they were too busy chasing the trends and trying to be relevant. The Americans seemed to like it quite a lot, though. No brainer: go where you’re wanted.

If I seemed a bit quiet in the 90’s it’s probably because I was writing two books, works of fiction, the first of which was published by St Martin’s Press in 2000 in America and actually did well enough to go from hardcover to paperback. I found myself thinking of myself as a writer, as opposed to being a songwriter. It was an interesting period, and I was still gigging at a regular clip, just like always. I was suddenly operating in two areas and had the energy to do so.

Playing with the Figgs was excellent. I sat in with them recently for a couple of numbers in fact. I don’t equate them with the Rumour in any way. At first, they were so young and enthusiastic, and they had an old post office van with bunks fitted in, so they’d sleep in the car park and I’d be in a nice hotel room. Bingo! Cheap way to tour!

LTW: Looking at the boxset, can I ask why there’s no “Temporary Beauty”? What are your memories of the BBC/Hammersmith Odeon gig in 1979? How did the reunion gigs compare in terms of atmosphere, (two of which are featured in the box) ?

There’s no ‘Temporary Beauty’? Huh. I spent quite a lot of time sitting with writer Paolo Hewitt going over the possible choices for the box set, and now I think about it, we didn’t always choose what might be deemed the most popular or obvious choices. I quite like that about it.

You can’t compare the atmosphere from 1979 to that of 2014. We’d just released ‘Sparks’ back then and were on a kind of resurgence after the punk and new wave craze and we’d beaten the odds and were still thriving. Plus, we were finally catching on a bit in America. And we were still relatively young. It was electric. In ’79 it was as much about rabble rousing and creating a kind of ecstatic frenzy as it was about music. Now, it’s about music and doing justice to the musicality of the songs. You’re either honest or putting on some fake reproduction. I prefer the former.

LTW: You’ve recorded on and off with the Rumour’ band members over the years, was a reunion ever in the offing previously? Why, after such a good reception recent LPs and gigs, did you decide to call time on your stint back with the Rumour? Did the response you got after all those years surprise you?

The only time that was right for us to reform was exactly when we did it, I never even considered it before then. It just felt right, and it was. The response was exceptional and that Shepherds Bush Empire show on the first reunion UK tour sold out months before we played. That was deeply gratifying. But this stuff has a shelf life. You’re only as good as your last ticket sales and after six tours I could see them dropping incrementally. Six tours was two too many. We’d exploited our potential audience, time to move on.

LTW: Finally, this boxset is a quite comprehensive summation of both your solo career and your time spent with the Rumour up until now, so it begs the question what have you got planned for the future?

As I Tweeted the other day, I’ve crunched the numbers, done the math, and I don’t see myself getting another 40 years out of it! As for the future, a year off from gigs would be good. I’ve got more records in me, and gigging just gets in the way. I’m always prepping for a tour or doing one. This is not a very creative endeavour. And now I’m off again for a month doing the duo thing with Brinsley! I have to admit though, playing in front of a good crowd is a buzz you can’t get anywhere else. I’m getting excited now thinking about it. Get me out there!

All words by Ian Canty – See his author profile here