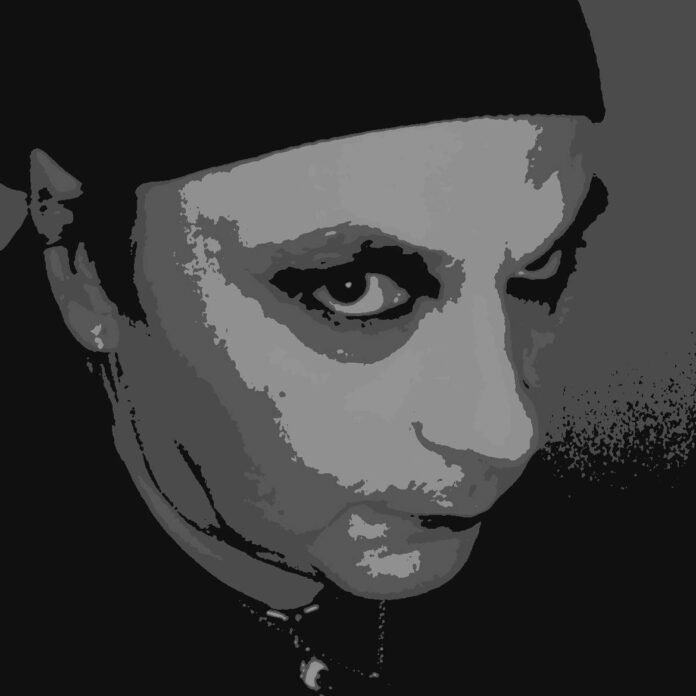 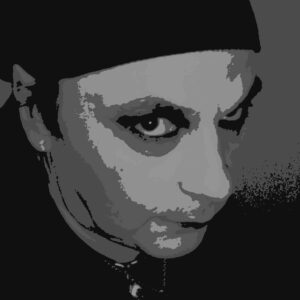 DJ Mark M is a leading Goth DJ. His Songs Of Preys show is a brilliant weekly document of the culture and his life reads like a history of the form.

My voyage into music really started when David Bowie played the Bridlington Spa Theatre in 1973.  I was on a family holiday there and my older sister went to the gig.  Of course I was too young to go, but was found by my sister with the ‘Aladdin Sane’ lightning bolt across my face in her make-up.  As glam flickered away and punk raised its head over the pulpit, I found myself listening to Lord John Peel and writing down each track I liked then spending my paper round money on the records the next day.  My first concert was Siouxsie & the Banshees with Human League supporting when I was 14.  I was hooked.

By the time 1980 came round I was known for wearing full make-up and charity shop clothing, which lead me to me first visit to a night club which was Steve Strange’s legendary ‘Blitz’.  Myself wearing my best Rudolph Valentino get-up was welcomed into the club.  I have often been told about the many musicians that were there around that time, but back then I was too concerned with how glamourous I looked to notice who was who.

By 1981 I managed to get a job (though a year under-age) in Tiffany’s in Leeds working in the Bali-Hai room as an ‘alternative’ DJ.  All this and be-friending the likes of Marc Almond things were indeed looking up.  As the popularity of the night grew, the manager of the club wanted to get more ‘alternative’ bands playing.  So, following in the foot-steps of the great John Keenan I set about booking bands to play.  My first success was Bauhaus supported by Birthday Party in June that year.  Sadly at the height of its success, Tiffany’s ‘changed hands’ and decided to go in a different direction musically.  This forced me into the arms of the then rival club ‘Le Phonographique’ where I teamed up with former Marc & the Mambas keyboard player Anni Hogan to be the DJ there.  So I worked at the ‘Phono’ and went to Leeds legendary ‘Warehouse’ for pleasure.  As punk turned to alternative, then became labelled ‘goth’ the ‘Phono’ grew so popular that we even opened on a Saturday afternoon.  My involvement in music deepened with my associations with Bee (Paul Hampshire) and PTV. 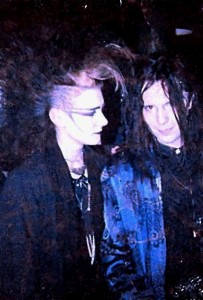 As the 80’s ended music became a little stale to me.  I drifted away,  and in early ‘noughties’ had a flirtation with an attempt at doing my own music, forming a Goth band that had its moments (played CBGB’s and Depp’s Viper Room).

After a severe downward spiral I was put back on the right path (by the person who I am with now) and things got better and better.

I am currently hosting a live online DJ show on an internet radio station called ‘Electronic Waves Radio.  My show is called ‘Songs of Preys’ and goes on air every Tuesday and Sunday 8pm -10pm (GMT).  My initial aim was to play a lot of the stuff that I played back when I first started as a DJ.  As the popularity grew (around 300 – 500 listeners in over 30 countries) the offers from bands have come flooding in.  To the extent that recently I was given the world exclusive of the release of Sex Gang Children’s ‘Hollywood Slim’ (a band who I had booked to play in Leeds way back when) I have also had special promotions and exclusives from Mark Gemini Thwaite (Mission/Gary Numan/Pete Murphy guitarist), had huge promotion for Alex Daniele’s book ‘The Mission: At War With the Gods’.  I have also helped to introduce some new European bands like Sandie Trash, Long Night and Vlad in Tears to a UK audience.  I have been described by reputable musicians such as Dave Wolfenden (Red Lorry Yellow Lorry/Sisters of Mercy/Expelaires) as the ‘gothic/alternative answer to the late John Peel’.

As well as the twice a week radio show I have recently moved back into booking bands, recently teaming up punk greats ‘Expelaires’ with ‘Danse Society (Reincarnated)’.  As well has hosting the final leg of Vlad in Tears UK tour.  There is also a once a month live set and an all-day charity event for Sophie Lancaster Awareness to take place in the coming weeks.

According to the latest information that I receive from Electronic Waves Radio, my listening figures are constantly on the increase and the listeners are from 28% Germany, 23% France, 23% England and 26% Rest of the World. 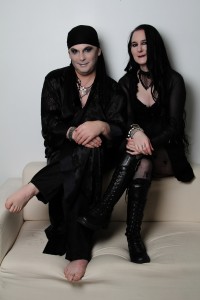