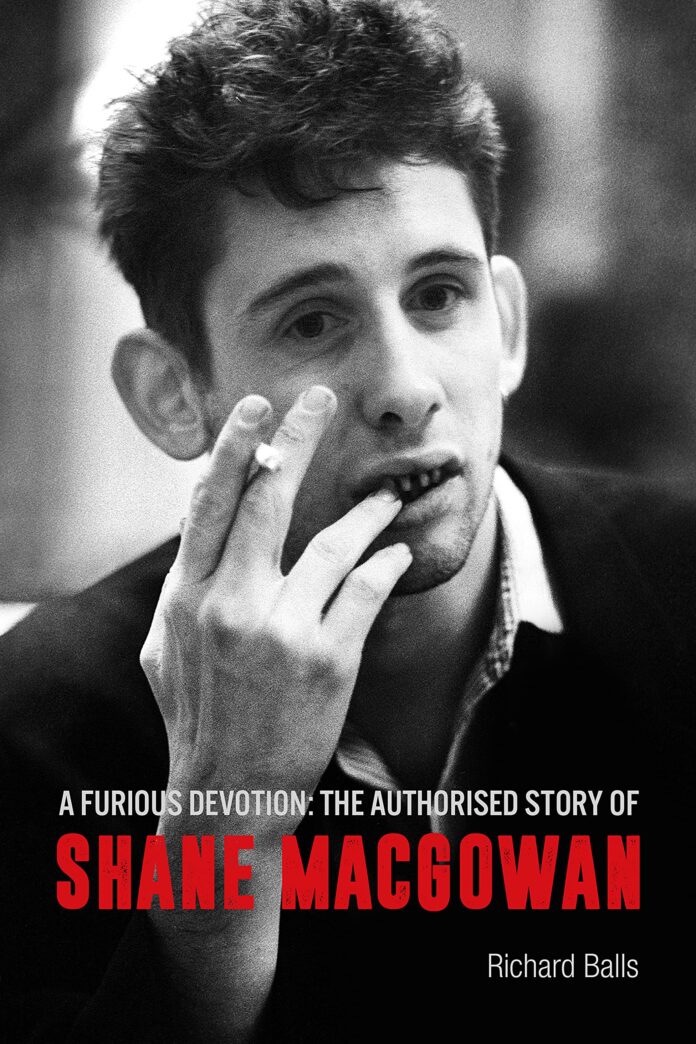 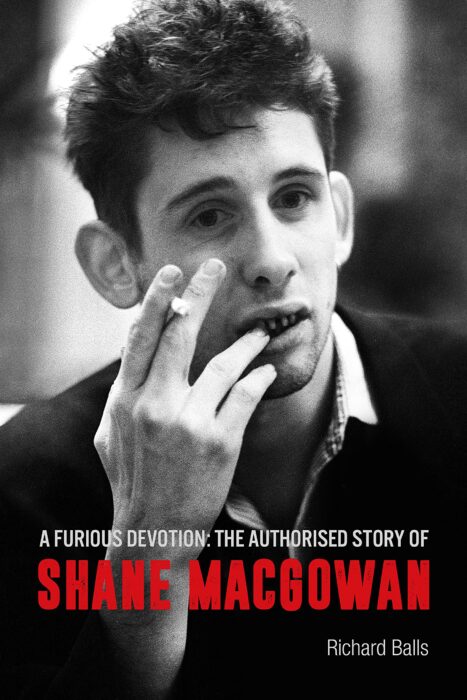 A Furious Devotion: The Authorised Story of Shane MacGowan
by Richard Balls

Punk protagonist, legendary drinker, Irish musical icon. The complete and extraordinary journey of the Pogues’ notorious frontman from outcast to national treasure has never been told – until now. A Furious Devotion vividly recounts the experiences that shaped the greatest songwriter of his generation: the formative trips to his mother’s homestead in Tipperary, the explosion of punk that changed his life, and the drink and drugs that nearly ended it.

When hearing that this book was to be published my first thought was, is this really the first? I’d read A Drink With Shane MacGowan by the man himself and his then long term partner, Victoria, when it came out in 2001, a great book, which is Shane telling his story, but this is genuinely the first official time the tale has been told in print.

A Furious Devotion is Richard Balls third book following Be Stiff: The Stiff Records Story, and Sex & Drugs & Rock ‘n’ Roll: The Life of Ian Dury. It is a brilliant flowing text punctuated with both colour and black & white photographs. Richard has written the book with the co-operation of Shane, his now wife Victoria and family. It contains the output of interviews and contributions from 64 people; including some who’ve never spoken before including two ex-girlfriends and his former English teacher, now aged 90, now retired and living in Kent.

As you’d expect the book looks at his rich ancestry and his early life; born in Pembury, Tunbridge Wells, not Ireland as I’d always assumed; before moving on to the teenage years and relocation to London. His love for his extended family, their influence and family home, The Commons, a cottage in Tipperary is without question. Although it’s uncomfortable reading at times, such as the time Shane is admitted to Bethlem, the psychiatric hospital; there is a lot of humour, such as the story of the 1967 Carnaby Street original Union Jack shirt that can often be seen in punk footage which he’d got from a tramp and sold to Paul Weller for £500! Things then pick up the pace from the formation of Nipple Erectors (The Nips) through to eventual success and notoriety with the Pogues via numerous relationships, fallings out, fights etc. Rather than when cornered or set upon Shane would allow the individual to batter him, rather than attempt to fight back.

Like many in the 1980’s the songs of Shane MacGowan, especially with The Pogues, and those on Red Roses For Me; Rum Sodomy and The Lash and If I Should Fall From Grace With God were part of my soundtrack. Reading A Furious Devotion it’s incredible that he was such a prolific songwriter over those years considering the drink, drugs and chaos surrounding him which eventually led to rehab in 1988. I know it’s been covered in interviews previously, but there is a real ‘sliding doors’ moment that presents itself halfway through the book. Shane confessed to his sister Siobhan that he couldn’t carry on and wanted to leave the band, but didn’t want, ‘to let them down’. As his sibling says, if he had, he would likely be a very different person today. From that point in the book, I often wondered ‘what if’…

The real strength of A Furious Devotion is the author doesn’t try to sugar-coat any of the stories. He lets MacGowan and the interviewees speak, it’s warts and all. A Furious Devotion does a brilliant job capturing the ‘colourful life’ the singer has led, highlighting his thirst for knowledge from an early age, reading DH Lawrence and Dostoyevsky before he was 12 and his lifelong acute shyness. Initially disowned by much of the Irish Music community he’s now rightly lauded, both ends of this are covered in great detail. The latter especially with an event to celebrate his 60th birthday at Dublin’s National Concert Hall. The night featuring a stunning line up of musicians and actors he’s influenced and wanting to pay tribute, was topped by Irish President Michael D. Higgins presenting Shane with a special NCH Lifetime Achievement Award in recognition of the power and poetry of his work, and his singular contribution to Irish music. When reading that section it feels like the climax of a film, the long-awaited triumph of the outsider who we’ve been cheering on from the start.

That’s not the end of the story, but I’d highly recommend you buy this and read the whole thing for yourself. If you’re a fan already, the book closes with quotes from the likes of Nick Cave; Cillian Murphy; Aidan Gillen; Christy Moore; Steve Lillywhite and former bandmate Jem Finer (to name a few) which will positively re-enforce what you already know. If you’re not, it serves as another pointer for why you should be, despite all his demons.

Author Richard Balls will be in conversation at 4pm on Sunday 14th November as part of the Louder Than Words Festival taking place at the Innside Hotel, Manchester. Tickets are available from HERE