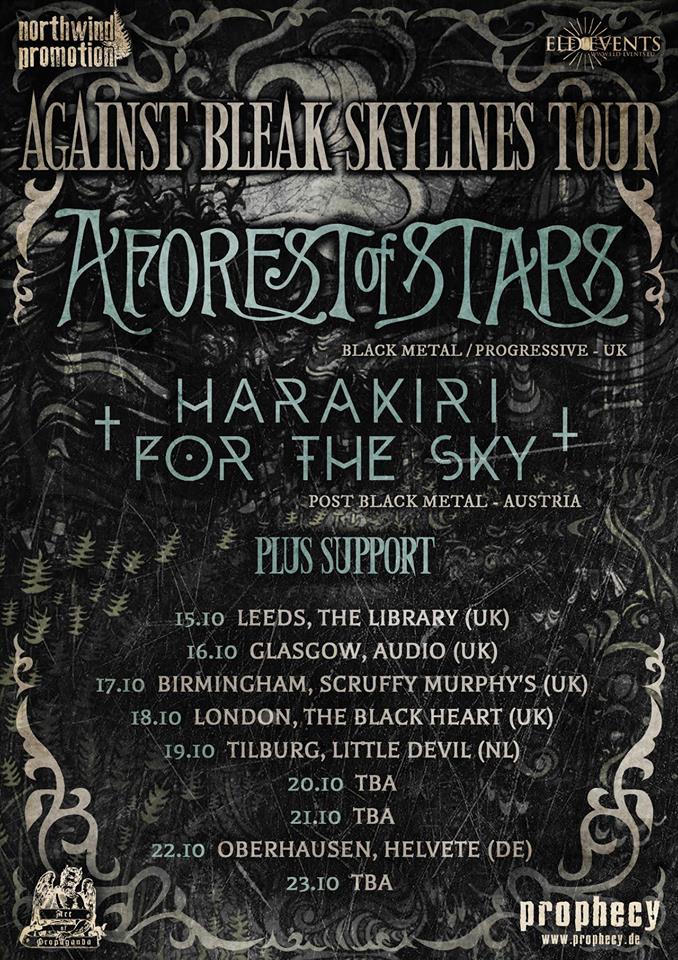 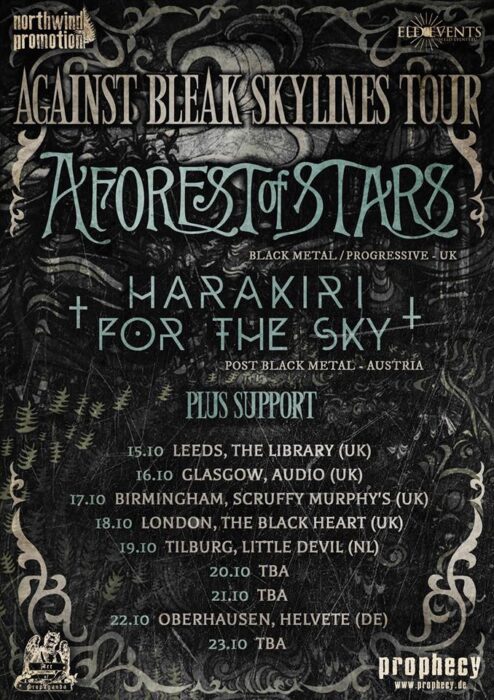 A Forest of Stars

Earlier this year saw the release of the fourth album from Leeds-based Progressive Black Metal band ‘A Forest of Stars’.

The album, titled ‘Beware The Sword You Cannot See’ was met with great critical acclaim and is surely a strong contender to feature highly in various ‘Album of the Year’ lists and also set a new benchmark in the bands unique style of ‘Necro-Prog’.

A Forest of Stars have a deserved reputation as a formidable live band and when I found out they were to be playing their first gig since the release of the latest album in Halifax, there was no way I was going to miss that.
And so, after securing the time off work I headed west down the M62 to the Arden Road Social Club where the band were headlining an all-day benefit gig.

I got there in time to see a couple of the bands that were on prior to the the headliners and there was nothing memorable about them, just competent metal. One of the bands knocked out a spirited rendition of ‘Agent Orange’ by veteran German thrashers Sodom and that’s pretty much all there is to say. Apart from it was loud. Jesus, was it loud in there!

Eventually the Gentleman’s Club began assembling their equipment and the ritual of soundcheck began. There was a degree of satisfaction within the band with “More violin. Everywhere!!” and the morbid trad Folk intro of ‘Twa Corbies’ signalled the beginning of the set.

The opening duo of ‘Earth and Matter’ and ‘Male’ from the debut album ‘The Corpse of Rebirth’ set the tone. Whirlwinds of sonic disorientation, mind-bending progressive stylings, savage blasts, feral vocals, haunting violins and flute. And if all that wasn’t enough, you have The Gentleman and Drummer, John “The Resurrectionist” Bishop engaging in a percussive duel and the familiar sight of the motionless frontman Mister Curse, head tilted back as if in some sort of trance until snapping back to life to give a truly rabid vocal performance when required. All this in just the first two songs!!

I was hoping to hear some of the new material live and wasn’t to be disappointed. It came in the first ever live performance of the epic ‘Drawing Down The Rain’ and the audience’s collective jaws hit the floor. A stunning track on the album that takes on a whole new light in the live environment and the mid-section twin vocals from Curse and Katheryne was nothing short of sublime.

The immense ‘Gatherer of the Pure’ followed and a near 15 minute version of ‘A Prophet for a Pound of Flesh’ with one of the most bat-shit mental Prog wig-outs I have ever heard, complete with what sounded like flamenco guitar interludes brought the set to an end.

There was no way the assembled crowd were going to accept this as the end and an encore was demanded. This was met with a degree of bemusement from the band as they had nothing planned. After a brief onstage discussion, Katheryne was insistent they could and indeed should play ‘Female’ and The Gentleman offered the disclaimer to the crowd “if this sounds rubbish, it’s your fault!”

Unsurprisingly, it never did and as a result, we got another near 15 minute unplanned epic and at it’s conclusion, the band lined up at the front of the stage, took a bow and this time, sadly, there was no more.

A Forest of Stars are every bit as good live as they are on record and the Halifax crowd (including 50% of fellow UK Black Metallers, Winterfylleth) will testify to that. They head out on a UK and European tour in October this year with Austrian Post Black Metal band, ‘Harakiri for the Sky’. The dates can be seen above. There’s no doubt at all I’ll be in attendance at at least one of the dates and am looking forward to it immensely.

The latest album ‘Beware The Sword You Cannot See’ is available now from all the usual places and is released on Prophecy Records. Meanwhile, for October tour dates click on the poster

Both videos courtesy of Mike at DT Masters.