Home Best of the Web A fly called Beyonce…

There was a time when you could confidently declare “only in America”Â ”â€œ it seems however those days have passed as it was confirmed yesterday that Australian scientists have name a type of fly after the pop diva and singing sensation Beyonce ”â€œ why we wonder? Well according to the well qualified scientists it’s all because of the fly’s ‘bootylicious’ shape.

The fly- more formally identified as The Scaptia (Plinthina) was first identified in Queensland way back in 1981, the same year Beyonce was born. To date the clearly unloved creature it has never been officially named.

Researchers for the The Commonwealth Scientific and Industrial Research Organisation noticed that the fly’s huge behind made it ‘the diva of flies’ and named it Beyonce in honour of her shapely figure.
According to the Australian National Insect Collection researcher responsible for officially ”Ëœdescribing’ the fly as Scaptia (Plinthina) beyonceae; Bryan Lessard, the fly’s spectacular gold colour makes it the “all time diva of flies”Â.

“It was the unique dense golden hairs on the fly’s abdomen that led me to name this fly in honour of the performer BeyoncÃƒÂ© as well as giving me the chance to demonstrate the fun side of taxonomy ”â€œ the naming of species,”Â Mr Lessard said. 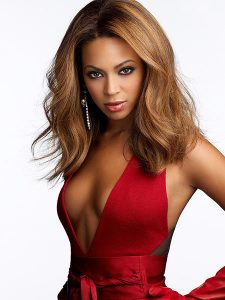 Beyonce the fly is a rare horse fly only found in Northern Queensland.

Beyonce the diva was unavailable for comment when we called her.