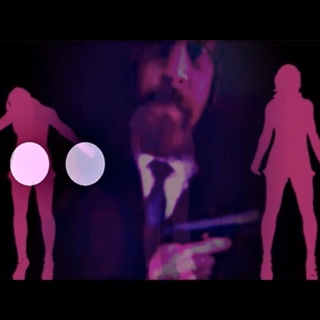 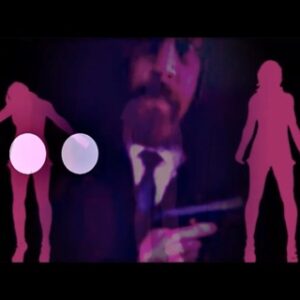 If Bond had come From Salford then his theme tune might have sounded like this …. Def Robot’s I Am The Weapon…

Taken from their recent double album.  You Will Not Be Discovered -reviewed here – Def Robot, favourites of a trio of Louder Than War writers, have uploaded a video for one of the stand-out songs,  and it’s great.

Low budget with ‘borrowed’ iconic imagery from the Bond titles, cut and pasted, with added cameos from the band and revolving firearms. it fits well with the song. A moody, dramatic imaginary film score with spoken lyrics.

I feel like I’m in a Bond film / Without the special weapons /  I am the weapon / My own worst nightmare..

Referencing 007 and yet somehow an Alternative Bond Theme in itself from a parallel universe where the spy was born and bred in Manchester and suffering from self-doubt and crippling depression… It’s a powerful track, musically and stylistically – a fantasy Theme From Manchester With Love.

See what you think… give it a full 2 minutes  at least as it’s a slow-building epic which takes in a host a cinema-music tropes from John Barry to Morricone, Tarantino and David Lynch

That’s great aint it?  I love the way that despite his nihilistic traits the narrator decides not to end-it-all but stay, because ‘it’s better than the telly’.

Def Robot aren’t the first Manchester band to have designs on Bond. Howard Devoto and Magazine recorded ‘Goidfinger for a b-side and wanted John Barry to produce their debut album. Later Barry Adamson from the band recorded this….

And here is Devoto doing Bassey….

You know who would’ve made a great James Bond?  Mark E Smith.

Only in The North.

The track and album by Def Robot is available on Bandcamp

Def Robot make their live debut at the Salty Dog, Northwich on Fri 20 March 2020 wit a line up including Adventures Of Salvador and Four Candles.