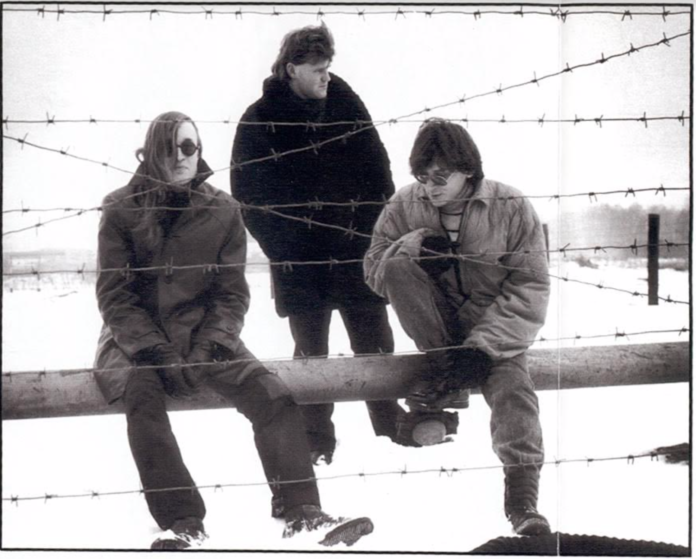 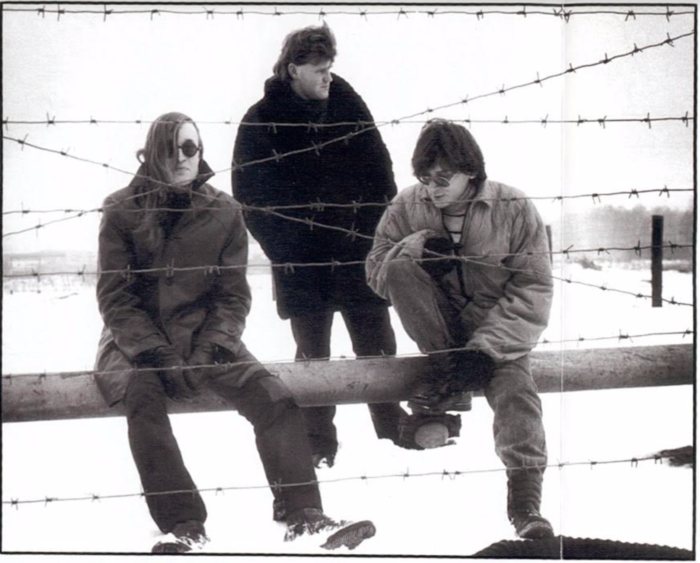 In the 1980’s Siberian punk hardcore band defied the Soviet regime with an astonishing series of releases that saw prison and worse and the eventual death of their mainman. Our Russian correspondent Irina Shtreis celebrates a band who have also been covered by Massive Attack.

Overwhelming Siberian punk resonates with reality regardless of time and space.
“If something you have created does not make you feel jolly mad and raving with delight then it is just a nonsensical mortal crap”. A univocal quote by Yegor Letov, a pioneer of Russian hardcore-punk scene, proves he was on the right path.

With his death caused by heart attack 11 years ago, the frontman of a cult Russian band Grazhdanskaya Oborona immortalized the artistic heritage. This dark yet vital music still thrills the evergrowing audience. The outgoing year celebrates the anniversary of four albums, including the stand- out record “Fine and Forever”.

“Let’s put it this way – it is the music that is free to the extent that any mistake by a musician can fit into the concept”. With this another statement, Letov described his artistic approach.

In the early 80s, when Siberian musician assembled his first collective Posev, there were
already a few bands who dared to go against the Soviet creative standards. Yet, none of
them was as straightforward and artistically unbiased as was Letov.

The dreary Soviet reality of the early 80s was intentionally suffocating for single-minded
musicians craving for artistic freedom. In Letov’s case, restrictions triggered a strong creative response. Named after a dissident early Cold War magazine, the band Posev eventually reformed as Grazhdanskaya Oborona (“Civil Defence”), the key brainchild of Letov. In a company of his friend Konstantine Ryabinov, known under the artistic moniker ‘Kuzya UO’, he organized a home studio. Within a year, the two recorded more than a dozen of songs, later released on the debut album “Poganaya Molodezh” (“Goddamn Youth”). The extremity of tongue-in-cheek lyrics mocking the Soviet state and presenting the archetypes of the society is peppered by obscene words and emphasized by roaring intonations of the lead singer. Created in DIY conditions, the sound still impresses with its raw textures and utterly distorted guitar riffs reminding of a noise produced by a tractor engine – one of the Letov’s sound trademark.

As they say, the walls have ears. In late 1985, the ardent oppositionist, Letov was forced to
psychiatric treatment, a popular punishment measure against dissidents introduced by the
KGB. However, the plan to pacify the artist failed. Upon his release from the asylum, Letov
seemed to be even more eager to perform against the Soviet government. Sensing further
weakening of the regime, Grazhdanskaya Oborona released “Igra v Biser Pered Svinjami”
(“The Glass Bead Game Before Swines”), an acoustic album with the title inspired by
Hermann Hesse as well as a proverb from the gospel “to cast pearls before swine”. This was followed by several self-produced records such as “Myshelovka” (“The Mousetrap”),
“Necrophilia” and “Horosho” (“Fine”). Each song on the albums sounds like an epitaph on the future death of the Soviet State, nail in the coffin of the Communist politics. There is no
wonder the band’s name, originally taken from a homonymous school class in civil defence,
is often abbreviated to GrOb which stands for “coffin” in Russian.

Being a prolific songwriter, Yegor Letov managed to release more than twenty long-play
records over the twenty-three-year story of the band. Thus, the outgoing 2019 celebrates the anniversary of his four albums, including “Zdorovo I Vechno” (“Fine and Forever”),
undoubtedly the cult work and also the first band’s studio album.

Released during Perestroika, it already condemns the hope about the bright future. The matter-of-fact lyrics on the eponymous song describes both the global Soviet reality and the microworld of Letov with its deep Siberian suburbia and long dreary winters in a literal and metaphorical sense.

Apart from being political, the album is also a quintessence of the band’s sound mojo and
Letov’s songwriting. The solid garage punk structure is infused with field recordings and
ambient noises performed by Kuzya UO. These effects seem to work purposefully so to
immerse one in a trance-like state. Some songs here might have been inspired by Siberian
shamanism which Letov tried to practice during the GrOb tour over the Ural mountains
region. On “Zagovor” (“The Spell”), monotonously-sounding hoarse vocals remind of a
shaman chant, while repeated four-chord loops allude to Russian folk songs. The
composition ending quotes the Book of Ecclesiastes’ “Vanity of vanities, all is vanity”.
The rebellious mood of Letov wasn’t waning throughout nearly two decades of the band’s
activity. Disillusioned with the social reality that followed the collapse of the Soviet Union,
Letov joined the National Bolshevik Party what caused ambiguous reputation in artistic
circles both in Russia and abroad. Yet, the association with NBP was rather nominal than
actual and did not imply any of those extreme ideas they relate to nationalist political
organizations these days. It is generally hard to associate Yegor Letov with any particular
political force. His anti-everything message expressed in a title of one of the pre-Perestroika songs “Ja Vsegda Budu Protiv” (“I’ll always be a contra”) tells more than his numerous interviews. Even though the controversy of political statements confused many old fans, the overall nihilism has kept attracting the younger audience.

It is due to the fluctuating course in political views of the frontman that the band was denied access to Europe during the 90s. Over his brief NBP period, Letov was tagged as a fascist and reminded of his past ideas by some of his fans. In his monograph, Yngvar B. Steinholt mentioned a case when in 2002, a Norwegian visitor approached the band after the gig in St. Petersburg and asked Letov directly about his radical views. Fortunately, the attitude towards the Siberian project has been changing and the iron wall of myths has been gradually dismantled. Earlier this year, Massive Attack released a cover version of “Vse Idet po Planu” (“Everything’s According to Plan”), known in Russia as the anti-Soviet anthem.

Perhaps, the time to acknowledge the power of this music globally has come.