Home Music Reviews Album Reviews A Buyer’s Guide to Polvo: “Nothing less than kings of the underground” 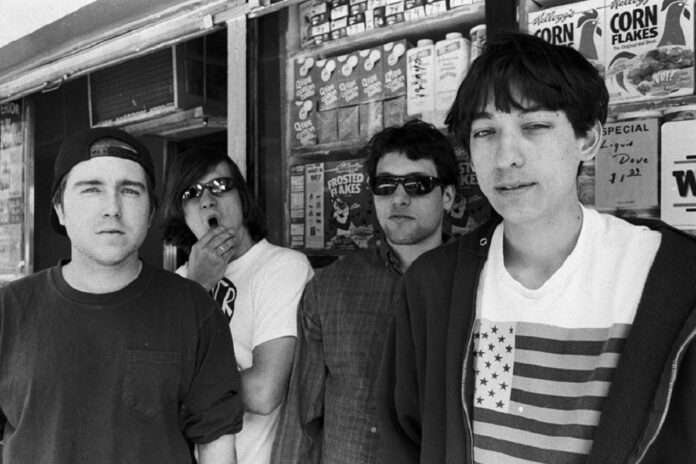 Polvo came to typify Math Rock with their distorted world of captivating uncertainty.  Simon Kirk looks at their history and their albums. In the late ’80s few people had any idea that a cultural hotbed would evolve the way it did in the idyllic backdrops of Chapel Hill, North Carolina. Since these times, as the way these things go generally, it is difficult be rekindled. Sometimes it never is.

In a scene that saw a slew of local acts cutting 7″ inch singles and throwing them out there to see if they stuck, four young men emerged from these shadows and, with the benefit of hindsight, could be defined as nothing less than kings of the underground.

Their name was Polvo.

Polvo conjured up a synapse of sound that was truly their own to the point where no other band has since come close to re-imagining. Most wouldn’t even dare try, knowing full well that failure would be emphatically inevitable.

Polvo had an uncanny ability to project their tentacles and drag you into a distorted world of captivating uncertainty. They provided the masterclass of illusion.

Listening to Polvo was as close to a psychedelic drug experience from the ’60s in the company of the Grateful Dead in a field littered with strung-out hippies.

Between Bowie and Brylawski, there was a unique, diseased virtuosity whereby the pair seemed to have different ways of communicating with their instruments when compared to any of their contemporaries.

Stylistically and technically, it was like they were talking a completely different language, bending notes that shouldn’t even be entertained let alone produced. Seamlessly guiding their listeners down blind futile alleys only to emerge into a new cinematic landscape.

Polvo weren’t anthemic by any means but there were moments where they created that feeling. It was their own way of producing heart-stopping melody.

Because Polvo were very much world builders. The difference with Polvo was that they were the only ones who ever existed in it and to this day, that fact remains.

Like Fugazi, Polvo weren’t interested in this game, instead subtly poking fun at those who were hoodwinked down this path that led to a supposed new dawn of product culture which eventually led to globalisation. Polvo knew better than to be tricked into plastic worlds and were more than happy to sabotage their existence in order to remain true to their core. It wasn’t the naive notions of “it’s all about the music maaan”, either. It was a collective nonchalance for any world that wasn’t the brave and original one of their own. On that note, we present a history of one of the most valuable treasures in underground music.

Welcome to the bipolar world of Polvo. 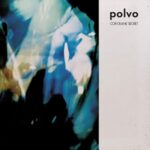 What an introduction it is. Polvo don’t throw the curtains open to their listeners on Cor-Crane Street and instead gently twitch them to give us a momentary glance into their newly erected cosmos. The attitude is about as intangible and cunning as their sound. Closing track, Duped, emphatically concludes Cor-Crane Street, bottling up the preceding thirty-five minutes in just under three, with more off-kilter rhythms, stop-start drum fills and a new born bedlam that rag-dolls the mind. The production of Cor-Crane Street is the album’s slight blemish, although it’s harsh to describe it as that. In many respects it’s a debut album in every sense, but the songs are so strong, had the fairy dust of Bob Weston been readily available at this point, then Cor-Crane Street could have been heralded as Polvo’s finest hour. Thankfully, both aspects were yet to come. 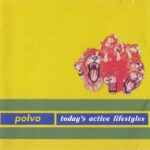 Many regards Today’s Active Lifestyles as their primary go-to Polvo record. Granted, it’s the album that represents Polvo’s most experimental adventures, taking things from conventional to the ridiculous. A band at their most roguish and untamed with incongruous timing signatures and psychedelic sculptures of sound. It was the first album to involve Bob Weston at the recording helm, but still, on the whole in my opinion, Today’s Active Lifestyles failed to fully represent Polvo’s deafening maelstrom of sound. One suspects seeing these tracks live during this period would have been met with a vastly different experience to that on tape. More visceral, perhaps. For those who haven’t delved into Polvo yet, it’s a bit like indulging in something that tastes a bit, well, interesting. Once used to the taste, it’s at the very least manageable. Today’s Active Lifestyles is very much that meal on the menu. 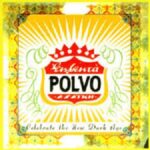 By this point, the beast was somewhat fed. Many class Celebrate the New Dark Age as a Mini-LP, but at seven songs and twenty-five minutes, it’s an album every day of the week. Whichever camp you’re in, there’s no doubting that Celebrate the New Dark Age is one of Polvo’s finest releases and certainly a bridge that provides the gateway towards the band’s most prolific period.

Along with Bowie’s songwriting, the band seemed to be in a groove of tinkering with their templates of sound, with quiet/loud build-ups and veering bass lines that underpins a re-imagined sound that saw Polvo careering towards the summit. There’s no better example of this than the title track that sees the band injecting a new born energy into their already frightening aesthetic. It’s the first glimpse of both Polvo and Weston forging those golden shards of noise. 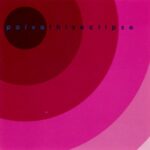 Polvo enlisted producer, Brian Paulson (Slint, Archers of Loaf, Uncle Tupelo, Wilco, Mark Eitzel et al.), for their 1995 EP, This Eclipse. Paulson would feature later in the Polvo story, but at the time the move was slightly odd considering the traction the band had so far gained alongside Bob Weston. With hindsight it proved to be a brilliant move. Clocking in at just over 20 minutes, This Eclipse continued the fine run of form Polvo had found themselves on. It was the band’s last release in the ’90s to feature on Merge and a poignant swansong at that. Again, with hindsight, it was a case of the band leaving home but not leaving the family. Along with Celebrate the New Dark Age, a newly formed cadence emerged for the band where they arrived upon untrodden recesses. They were on the cusp of something special and This Eclipse proved to be a very able curtain-raiser. 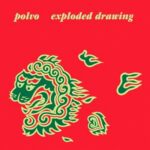 It feels remiss not to dedicate a whole piece just to this album. Having parted with Merge Records in favour of Corey Rusk’s equally revered Touch and Go Records, Polvo became the first (and only) band from Chapel Hill to sign to the label. Once again, the band resumed their all encompassing coalition with Bob Weston, enlisting the maestro behind the studio glass, this time at the brilliantly coined Squid Hell Studios. The Weston/Polvo alliance proved to be at its most prolific on Exploded Drawing, the band’s fourth full-length album. In Weston’s case, it’s arguably his finest work as a producer/recorder, finding rare flammable spaces where most would still be looking. Everything on Exploded Drawing illuminates with vitality, from the bristling bass lines to gun-fire riff-a-rolla that sprays and bounces in every direction. And, as always, Watkins’ ever present dislocated pile-driving rhythms remain steadfast. An album that represents its namesake in every single way. It’s not only Polvo’s masterpiece. Exploded Drawing is a masterpiece. 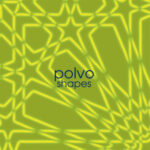 Explosions. Implosions. The combustibility of art. However, this wasn’t entirely the case with Polvo. It was probably more of a blasé disregard. Following the success of Exploded Drawing, things started to recede for kings of Chapel Hill. It seemed that Polvo were yesterday’s concern with individuals moving towards other aspects of life, for Shapes is an album that the band quickly disregarded and to this day, that opinion still seems prevalent.

In short, it shouldn’t be.

Whilst vastly different from Polvo’s previous recordings, Shapes is perhaps the album that makes you understand the mechanics and feral engineering of the machine that is Polvo. An excavation deep into the discovery of band’s roots.

Whilst perhaps somewhat blasphemous to suggest, Shapes is probably an album that has stood the test of time better than the likes of Today’s Active Lifestyles. There, it’s been said. 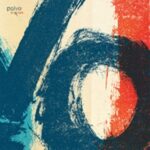 Following Shapes and the decision to slam the breaks on the blistering freight train which saw six releases in as many years, the time that followed for members of Polvo consisted of sporadic creative involvement. In 2000, Ash Bowie released an excellent album under his Libraness moniker, Yesterday …And Tomorrow’s Shells while providing assistance to indie-pop outfit, Fan Modine. While most bands in the mid ’00s were reuniting left, right and centre, Polvo weren’t immune to the growing trend, accepting an offer from All Tomorrow’s Parties, with an appearance at Barcelona’s Primavera Sound following shortly after in 2008. With new drummer Brian Quast behind the kit, Polvo followed-up their long-awaited return with one of the finest albums made in the last 20 years with In Prism. Crystallising a beautiful madness that is rare in any art form, In Prism is by a distance the best reunion album made from any ’90s touchstone artists. Nothing else has laid a glove on it. 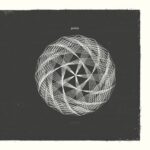 The announcement of a new Polvo album was in equal parts surprising and thrilling. On the back of a successful tour, Polvo felt reinvigorated, creatively able and these coupling factors resulted in a follow-up entitled Siberia. Following In Prism, Siberia continued the lustrous run of form, presenting itself as a sister album, with Bowie and Brylawski taking their tandem guitar shredding antics to another level. Look no further then the glass shattering low-end bass shudders of opener, Total Immersion and Blues Is Lost. Two tracks that set out the stalls and completely frazzle the psyche. Up until this point, Polvo swerved synths but on Light, Raking, the surprise emergence of this new languid element finds its way from the vaults to tape. A clear indications that Polvo were freeing the shackles and having some fun. Why not? Polvo were always a part of this select few and Siberia was further proof of their worthy standing.

Whilst not officially disbanded it’s hard to see Polvo making another record. With In Prism and Siberia, not to mention a timeless output of previous works, perhaps it’s time for others to take stock and see where things can go from here.

In any case, the tremendous body of work Polvo have gifted their audience over the past three decades is more than enough to revisit and to celebrate in, aptly enough, a new dark age.