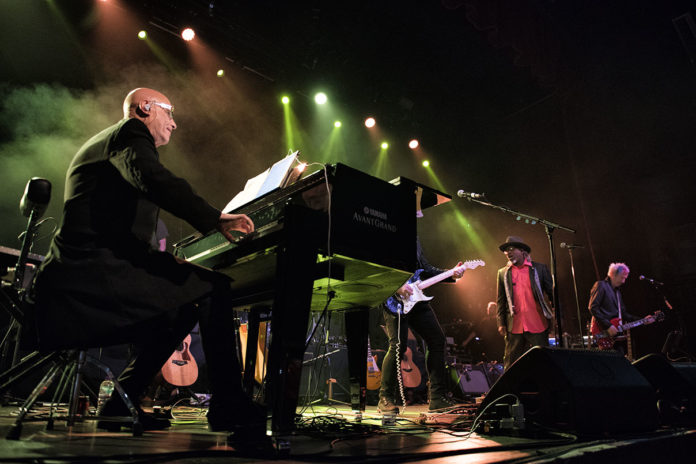 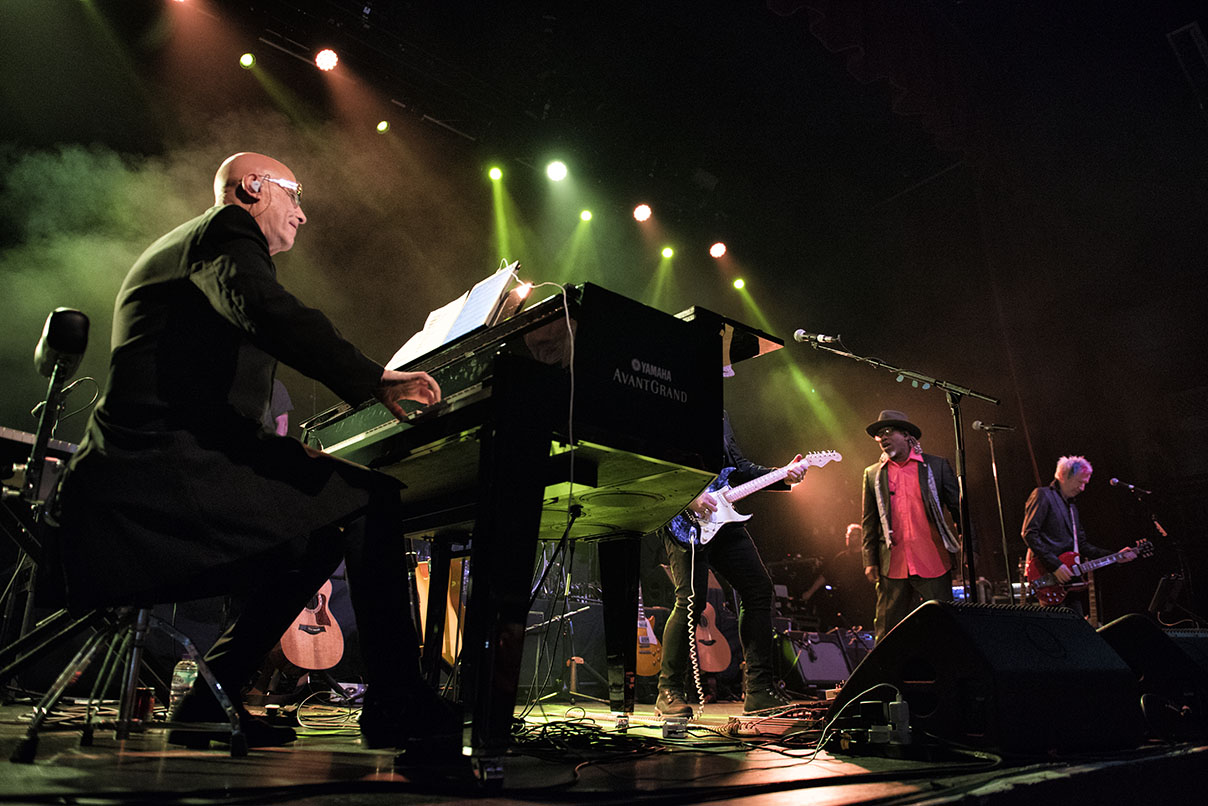 The magnificent legacy of David Bowie continues unabated as Ian Corbridge joined the massed gathering of Bowie’s alumni, under the expert direction of Mike Garson, as A Bowie Celebration swept into Manchester at the start of another world tour. Photography by Melanie Smith.

It is still hard to believe that it is now over four years since David Bowie left this mortal coil and moved on to entertain those in another dimension. The morning of the 10th January 2016 is one of those moments I will never forget when the news filtered through on the radio and news apps confirming that only 2 days after the momentous release of his latest album, this enormous creative force was with us no more.

That pain was eased only slightly by the fact that within a few short weeks, Earl Slick and Bernard Fowler gathered a high quality ensemble of musicians to take us through a set comprising the whole of the Station to Station album, on which Earl had featured when it was first recorded, alongside a further set of Bowie classics. This tour had been organised well before David’s passing but it was a trip to Liverpool I could not miss whatever the circumstances. But given the events of only a few weeks before, this short tour of the UK took on a whole new meaning and significance. This format also sat well alongside Holy Holy which had been put together by Woody Woodmansey and Tony Visconti to pay similar homage to such a great legacy.

Bowie’s work and art took on many forms and has influenced not only existing generations but will continue to influence many generations to come. Since he stopped touring in 2004 due primarily to health issues, we had got used to not seeing him in a live environment. It was only the sudden and unexpected release of his album, The Next Day, in 2013 that brought David right back into the public consciousness and out from the shadows of those who still continued to enjoy the legacy of his previously recorded output. The release of what proved to be his final album, Blackstar, was equally dramatic but was to be completely overtaken by the news of his death only 2 days after his 69th birthday, this being perhaps one of the biggest secrets ever in the world of entertainment.

There remains no doubt whatsoever that Bowie’s musical legacy will live on and there is no better person than his long-time collaborator, Mike Garson, who has played with Bowie more times than any other single musician, to take on the mantle to preserve this legacy in the most authentic of live environments. Since 2018 Mike has established a band of touring musicians of the very highest pedigree, more so by the fact that many, if not all, have played with Bowie or had close associations with his work over the years. Following two highly successful world tours bringing so many of Bowie’s classic songs back into the live arena, this latest incarnation of A Bowie Celebration promised 1974’s Diamond Dogs album in full plus a whole host of classic songs from Bowie’s extensive back catalogue.

The Diamond Dogs album has divided fans and critics over the years and is certainly a body of work which contained all the classic Bowie nuances and intricacies which would raise a challenge to even the most seasoned of musicians. The album was originally conceived as a concept album based on George Orwell’s 1984 and it sought to banish the memory of Ziggy and serve as his farewell to the glam rock movement once and for all. Whatever your views of the album are, its impact on the punk movement that was to follow cannot be underestimated with its raw and challenging sound. It conveyed a classic art-rock formula with some stunning vocal delivery infused with some great guitars and a haunting sax and was of course never performed live in full by Bowie himself.

With our experience of two previous tours, there was no doubt that the 2020 version of A Bowie Celebration would do this body of work justice. The stellar bunch of musicians who accompanied Mike Garson on keyboards included Gerry Leonard and Kevin Armstrong on guitars, Carmine Rojas on bass, Alan Childs on drums and Terry Edwards on sax, all of whom have extensive experience of touring and recording with Bowie. Vocal duties were split three ways between Living Colour’s Corey Glover, Mr Hudson who has collaborated with so many bands and musicians alongside his own solo career, and the British-born Canadian powerhouse that is Sass Jordan who again has collaborated with so many of the great artists of our generation. 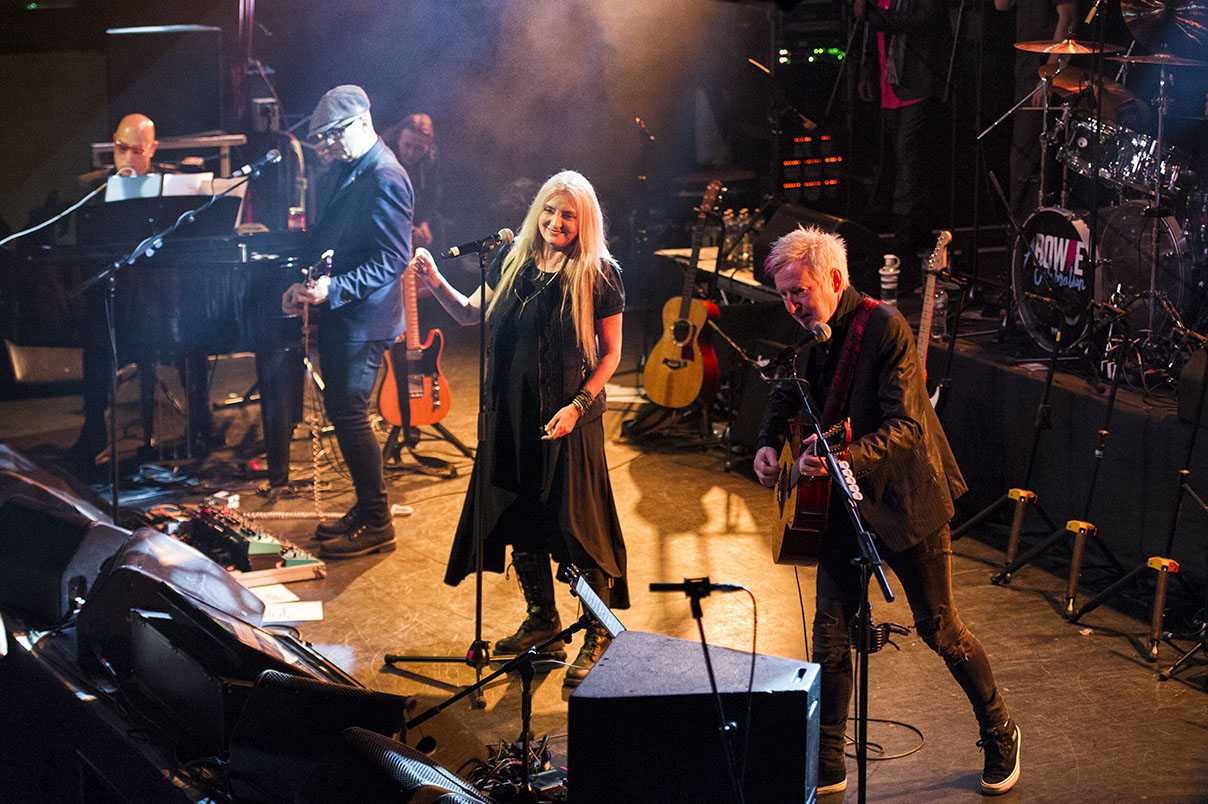 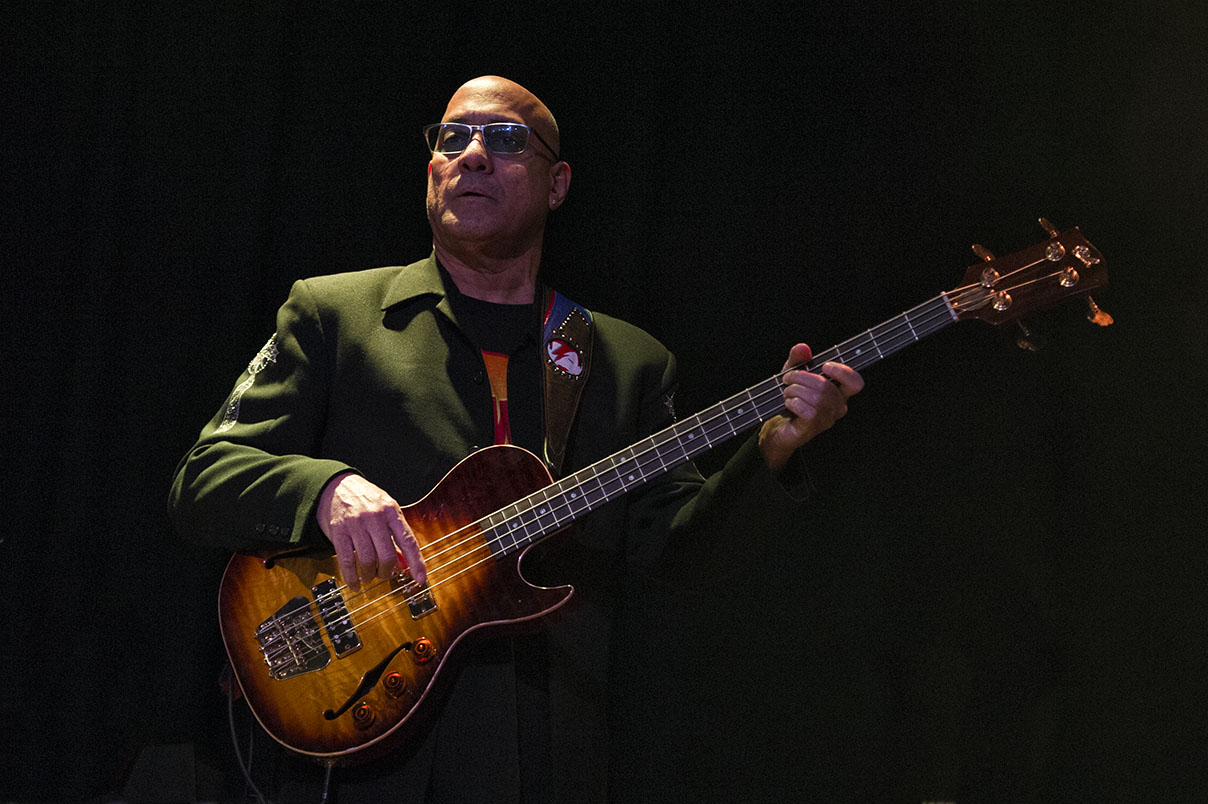 There was a very clear air of expectation in the Ritz as the band came on stage and Mr Hudson took us through the spoken word intro that is Future Legend. Then as the infamous refrain of “This ain’t rock’n’roll…….this is genocide” boomed out, Corey took the microphone to deliver the full-on rock’n’roll attack that is the title track of the album. Then attention turned to Mr Hudson as he took the reins for what always seemed to be the centrepiece for this album taking us through Sweet Thing, Candidate and back to a slight reprise of Sweet Thing. This trilogy really does stretch the vocals to the limit and I have to admit, whilst not being particular familiar with Mr Hudson’s own work, it was this performance that stunned me the most on the night in the way that he so skillfully captured the essence of the songs and carried the notes in such a similar way to the great man himself. Indeed, I found myself closing my eyes on occasions and you could almost imagine it was David himself on stage it was that good. 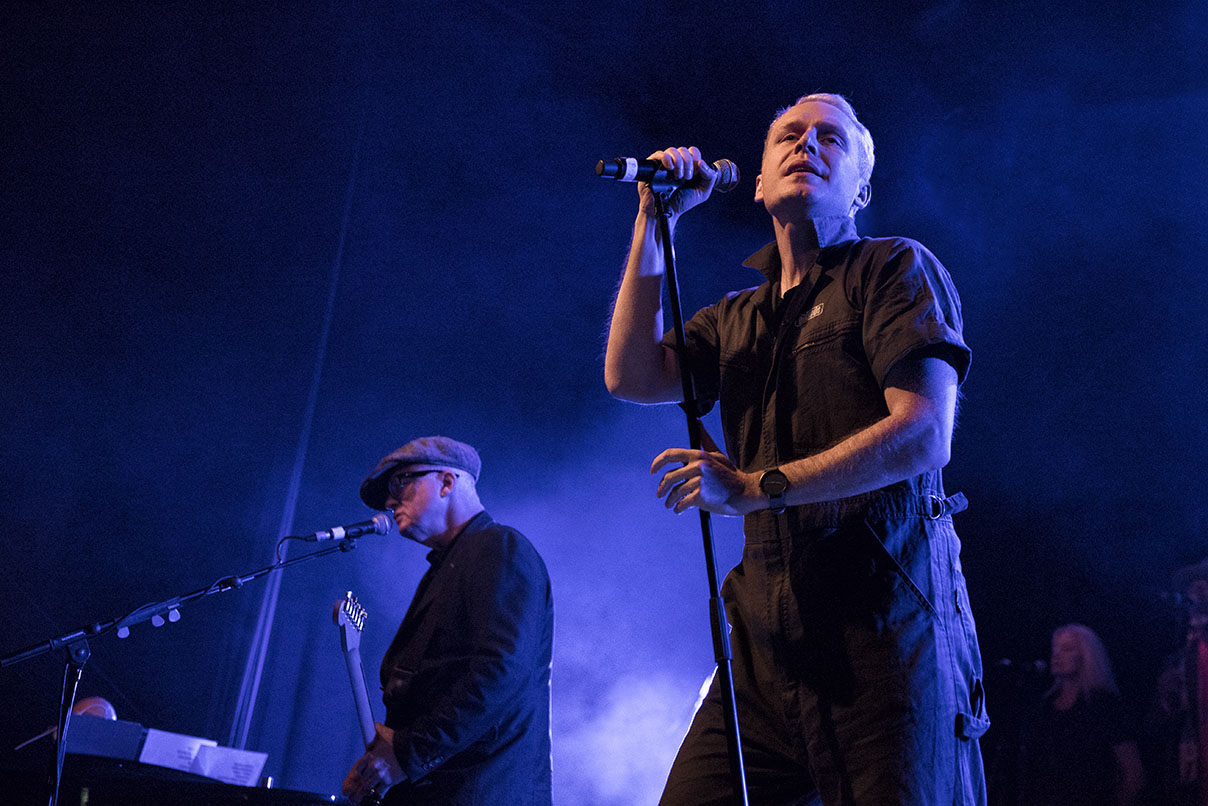 Corey then came back for a majestic Rebel Rebel with one of Bowie’s greatest riffs. This was, of course, the big anthem that it has always been but we were in no doubt that there were many more to come before the night was done. Sass then delivered a very passionate Rock’n’Roll With Me before a very haunting We Are The Dead.

The original theme of the album, 1984, was given epic treatment by Mr Hudson before Big Brother and Chant of the Ever Circling Skeletal Family brought the album performance to a shimmering finale. Finally, there was time to pause for breath as the band regrouped for part two of the show.

First up was Mr Hudson again to deliver a highly atmospheric Space Oddity, which was a tone that would continue right to the end of the set. Then Sass really showed her credentials that gave her the part to play Janis Joplin for a raunchy Moonage Daydream before Corey took us back to the dance floor with a classic Young Americans. The band by this stage were totally charged and the atmosphere in the building was electric and there was still plenty to come. 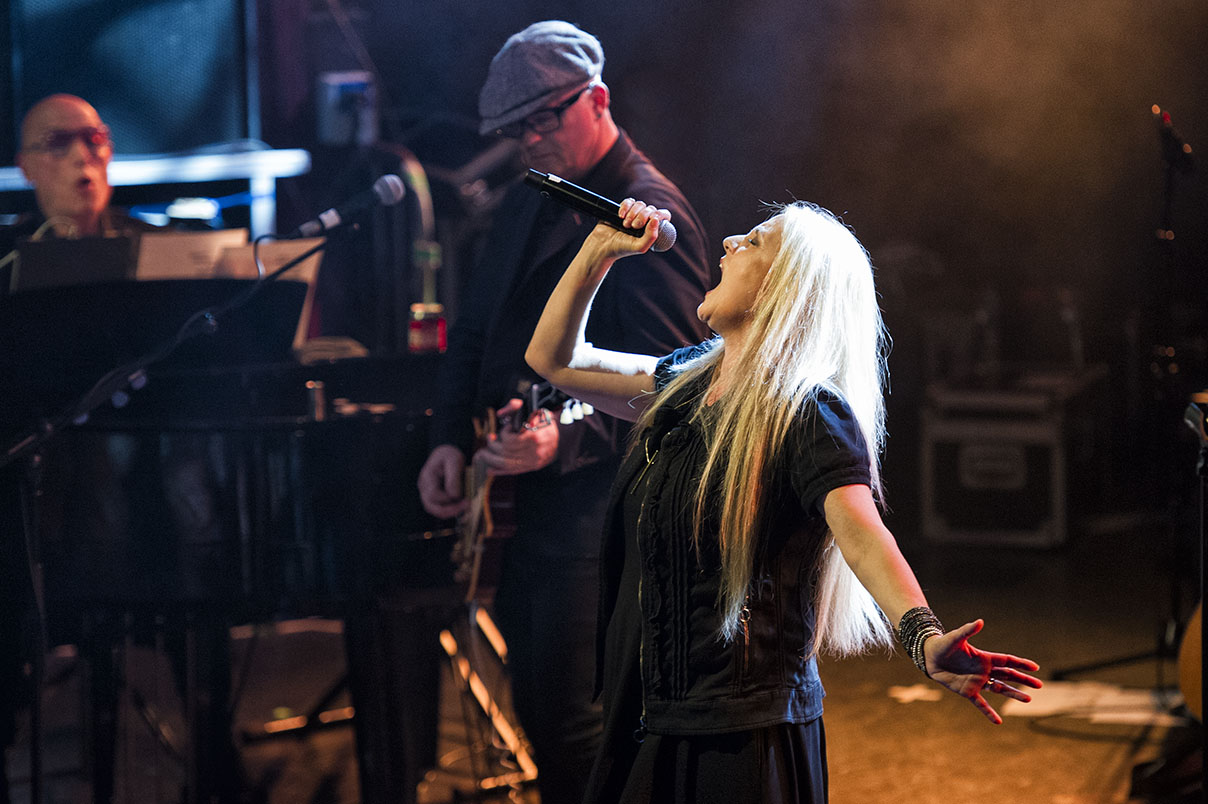 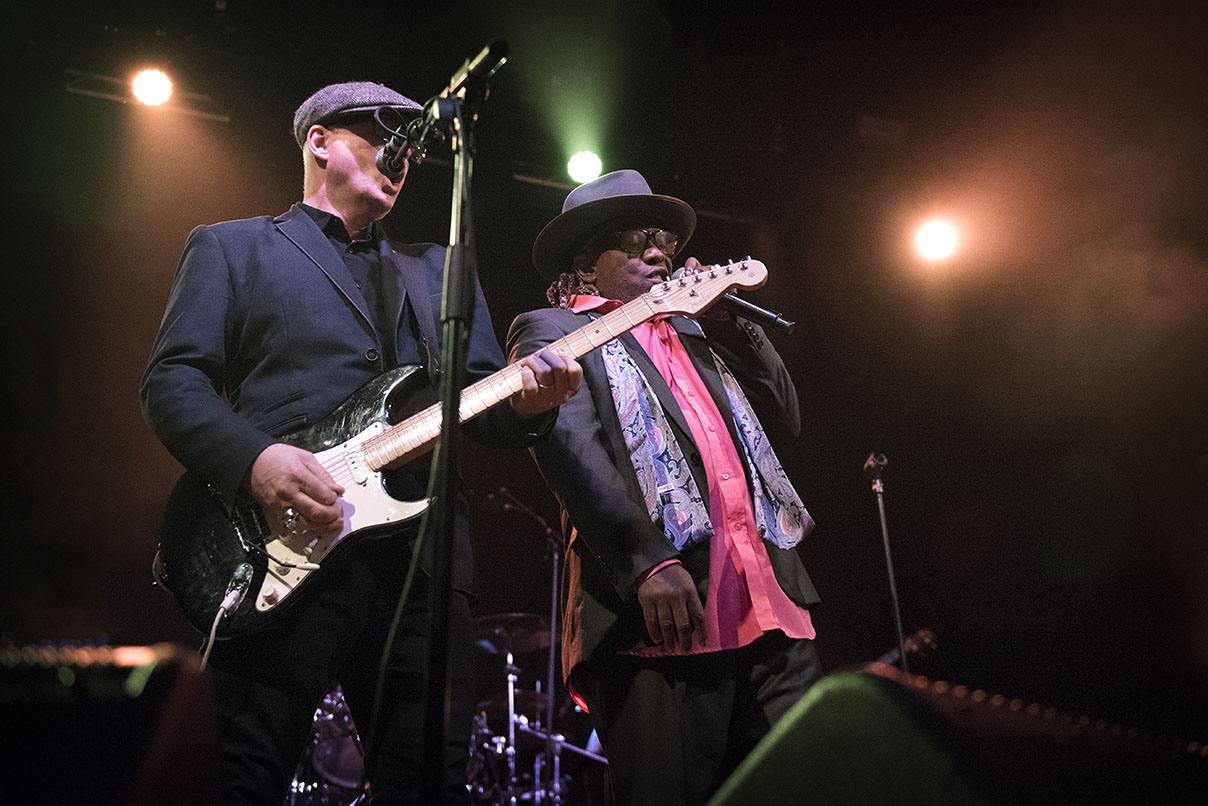 Five Years was up next and for me, as one of my favourite Bowie songs, this has always been a highlight of these shows and Sass’s delivery was simply sublime and it was a perfect fit. Then as Mike announced what was effectively the follow up to Space Oddity, Corey and the band delivered a powerful Ashes to Ashes that really brought the house down. Delving even further back took us through Starman and a Panic in Detroit which plundered the raunchy roots of Bowie’s art form.

Considering all the songs Bowie wrote and all the performances Mike Garson shared with him, it is certainly something for Mike to affirm Life on Mars as Bowie’s finest song and who are we to disagree. Mr Hudson’s take on this certainly reaffirmed this view in spades. And is it just me as a huge fan of Bauhaus, but I’m sure every time I hear Ziggy Stardust on nights such as this, I am sure that the arrangement grows ever closer to the band who even Bowie himself suggested pitched it just as he had always intended. 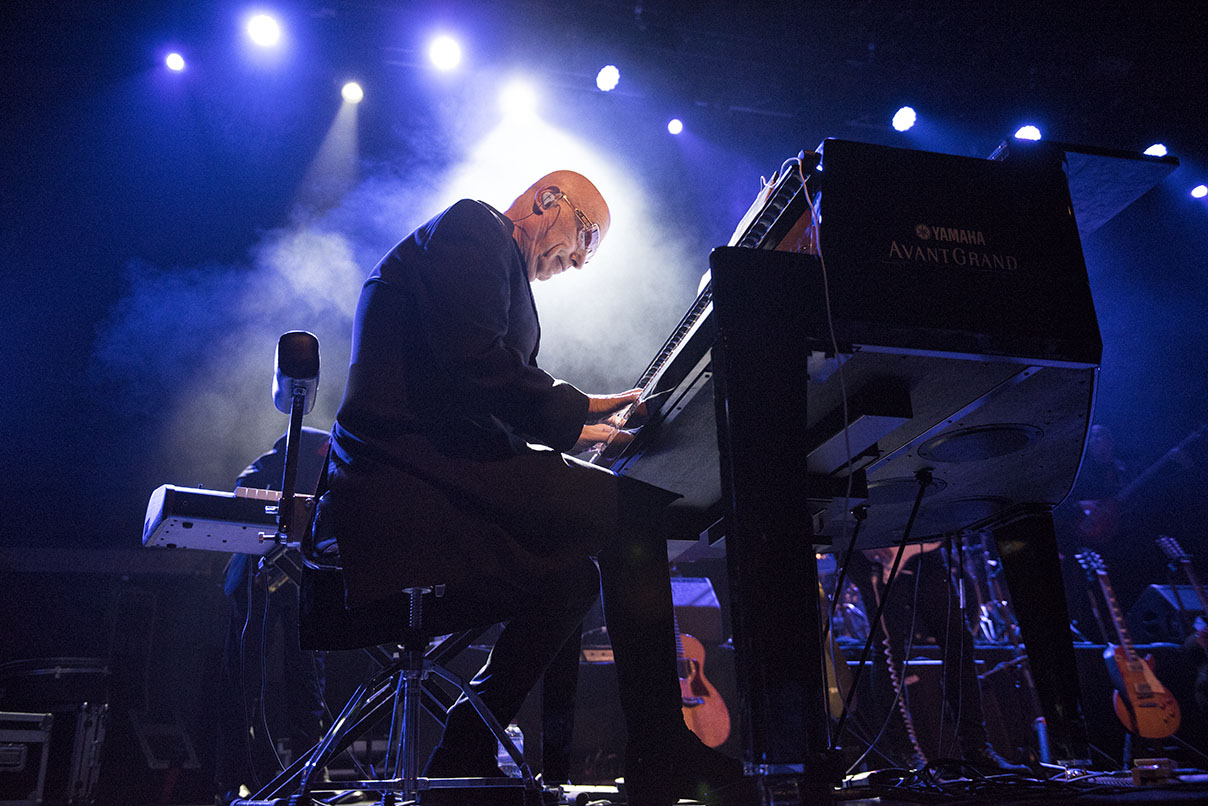 Suffragette City completely rocked and led us into the set closer with that iconic opening riff of All The Young Dudes which proved a mass singalong for the adoring crowd. But with a deafening response from the audience, of course, there was more to come. And it was Gerry Leonard who stepped forward to tell us the tale of how he could go many months without hearing from David when he would suddenly call on a Tuesday and ask if he could accompany him at Carnegie Hall on the Saturday with a solo acoustic performance of Loving The Alien. And he had never even been to Carnegie Hall before. So he wrote the arrangement which he performed so superbly tonight and which segued seamlessly into Andy Warhol. 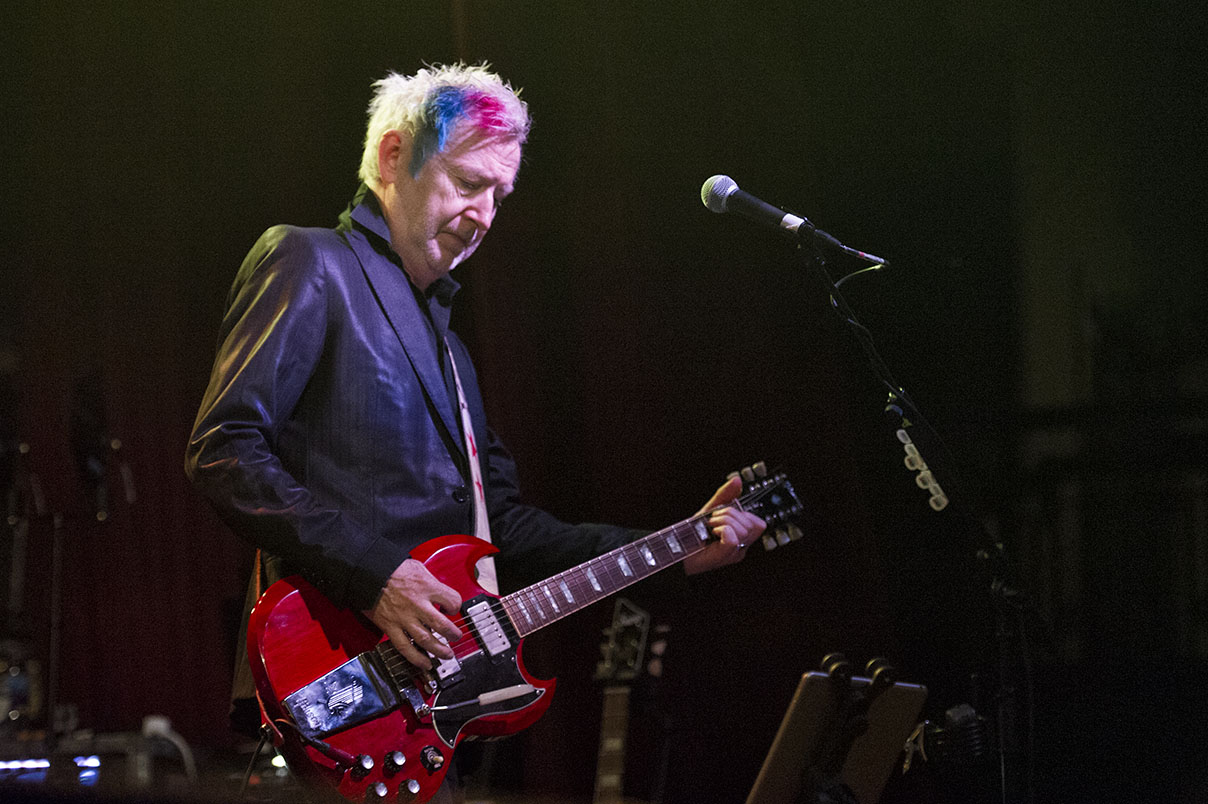 Rock’n’Roll Suicide was as ever pure rock theatre and a classic Aladdin Sane followed. The grand finale was Heroes with Mr Hudson taking the initial lead and with Corey following on and the whole of the Ritz coming together as one within the amazing atmosphere this song and performance generated.

It goes without saying that no one will ever replace or even emulate David Bowie. However, the tours that Mike Garson has been putting together these past 3 years have proved to be a magnificent tribute to preserve such a vital legacy that David left us with. Once again the David Bowie alumni have served David and his immense catalogue of songs in the very best way possible and long may this continue.