Home Blogs A Blog From Oslo: Norway on Lock-Down 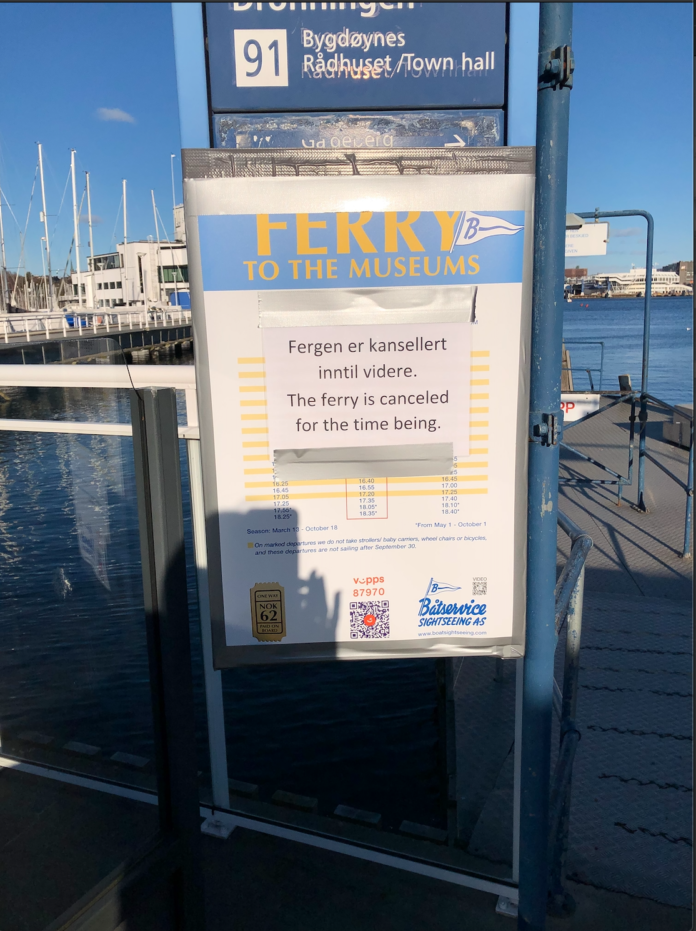 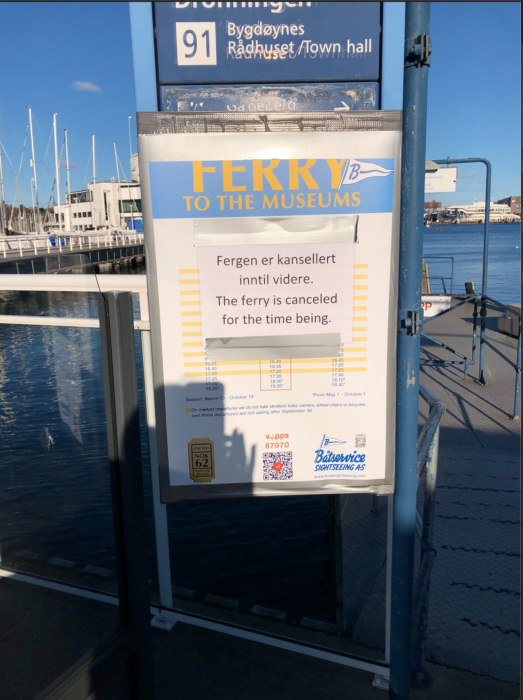 On Thursday 12th March 2020, the Norwegian prime minister announced a state of emergency in Oslo, the country’s capitol. All schools, nurseries, universities, bars, restaurants, churches and gatherings of any kind with more than 100 people are to close and all hairdressers, tattoo parlours and beauticians are ‘forbidden’. What led to these Draconian measures taking effect in our capitol? Answer: The Corona virus, spreading like wildfire.  The Police have closed its services such as passports, driving licence etc, and the banks are closed. No sports events or concerts are allowed. Never before after the Second World War have we ever had a state of emergency like this. The closest we came was back in 2011, when I wrote the first Blog From Oslo, when a right wing lunatic blew up our houses of parliament and then slaughtered innocent children at a political gathering on an island outside Oslo. (I can’t bring myself to mention his name.)  Half an hour after the announcement that Oslo was on lock-down, the Mayor of Bergen, Norway’s second largest city, announced that they had decided to also close their schools. It was only then that the third announcement came from the prime minister that ALL of Norway is now on a 2 week lock-down – to begin with….

This series of events gives a very telling picture of how unorganised and uncertain our elected politicians are in dealing with what has become the biggest crisis in Norway since WW2. First they decide to do nothing, as if it will all go quietly away. Then they think that telling people to wash their hands will suddenly erase this virus. I can see why they perhaps hesitated in taking drastic actions. Closing down the country would have enormous ramifications and harm businesses and our country’s financial situation. There is an oil crisis too on top of everything, where the price of oil has nose-dived, bringing with it the Norwegian Krone. The travel industry is also suffering. Norwegian Airlines laid off 50% of staff, hotel’s closed or are at half capacity also leading to layoffs. Who is going to foot the bill? I am sure these factors had an impact on the government not doing anything until now.

The weeks before Norway closed, there was chaos on several levels and nobody was taking the lead or telling us what to do. Our confidence in people in power was quickly waning.   And so it escalated, from closing the capitol, to closing the whole country within a matter of minutes. I am sure Norway is not the only country to have the same opinion of their leaders. How anyone can bury their head in the sand and think that what has happened in China, Italy, Norway and many other countries, won’t happen in their country is puzzling. Why WONT it happen in your country? Are you magically protected? If so, share the spell because we could use it !!! I had a comment the other day from a person in the UK, that this could never happen there. They couldn’t close down like we have. Yes you can!!! The sooner the better.  Its not rocket science. Stop the spread of this virus. Take the cost of a lock-down for two weeks, because believe me, the cost will be far greater if you let this thing fester in your communities and people will die.

So what’s it like here? Well, quiet – like the calm before a storm. The busses are still running, as health workers need to get to and from hospitals. You have to enter and leave through the back doors to protect the drivers. If there are more than a few passengers, the bus driver can decline to pick up any more. There has to be a meter distance between the passengers. God help anyone who coughs on the bus.

People are working from home where they can. I live at Bygdøy, which is a small peninsular 10 minutes outside of Oslo city centre. All the Viking Ship museums are here and I am used to the hordes of tourists making their way up from the little boat that traffics Bygdøy from city centre. The street is empty. I haven’t seen the boat. I know some museums have closed.

Our food stores are still open, but the shelves are pretty empty. People are stocking up. On Thursday there seemed to be a state of panic. The shop’s all had a long line of people outside waiting to get in. It looked like the Russian breadline back in the cold war. We are a bit understocked on medicine, masks and gloves.  We will  have food in the shops soon, so that we are okay for a few months. There is no telling what the financial fallout will be. Lots of companies will go bankrupt for sure. I own New Haven Publishing Ltd in the UK and we have delayed export of all our deluxe magazines for the time being. No point  them sitting at the newsstand when no one is around to buy them. Book sales for us are normal for this time of year. We do not expect to sell less books  since we mainly sell through online sellers worldwide.

The streets are empty and it feels like everyone is holding their breath. The main online newspapers keep us updated with how many people are confirmed ill every day (auto updated in real time) and fatalities and where the new cases are in the country. Watching the numbers increase at a rapid rate is very scary indeed. We started with a couple of hundred after the winter break when a lot of Norwegians go on holiday to the Alps for skiing. The increase in numbers was frighteningly fast. They could double over night. As I am writing this the numbers increase with around 100 a day. That is a lot for a nation with only 5 million inhabitants.

Anyone coming into Norway from countries outside Scandinavia will have to spend 2 weeks in home quarantine. We were told that if they live with family members, the whole family has to stay in quarantine.  Then they changed their minds, probably because since Norway is so high on the list of infected countries, people who have been outside of the country are less likely to have it than those who are here…. There is some logic there, but it evades me. Another sign that the government have absolutely no idea what to do.

There came reports of people not taking quarantine seriously and were observed at the shop or the gym, before the lock-down. There is no law in place to punish anyone not adhering to the recommendations. For a short time there seemed to be a sense of disbelief. The consensus in certain places seemed to be that all this hysteria was just fear-mongering in the media and that the average healthy person would hardly notice they had the virus. Then our country closed! I think that is the wakeup call for most of us.

We have a lot of people in our society who have underlying illnesses, low/supressed immune systems, respiratory diseases and heart diseases. As do all nations.  There are people out there for whom this virus is a potential death threat and it is time we stop thinking ‘me, me, me’ and show some solidarity with all our people and start thinking ‘we’. I think that is what has happened here. Suddenly it has dawned on people that we all need to pull together to get where we are going. To get this virus under control. And then we need to prepare for the next one…..