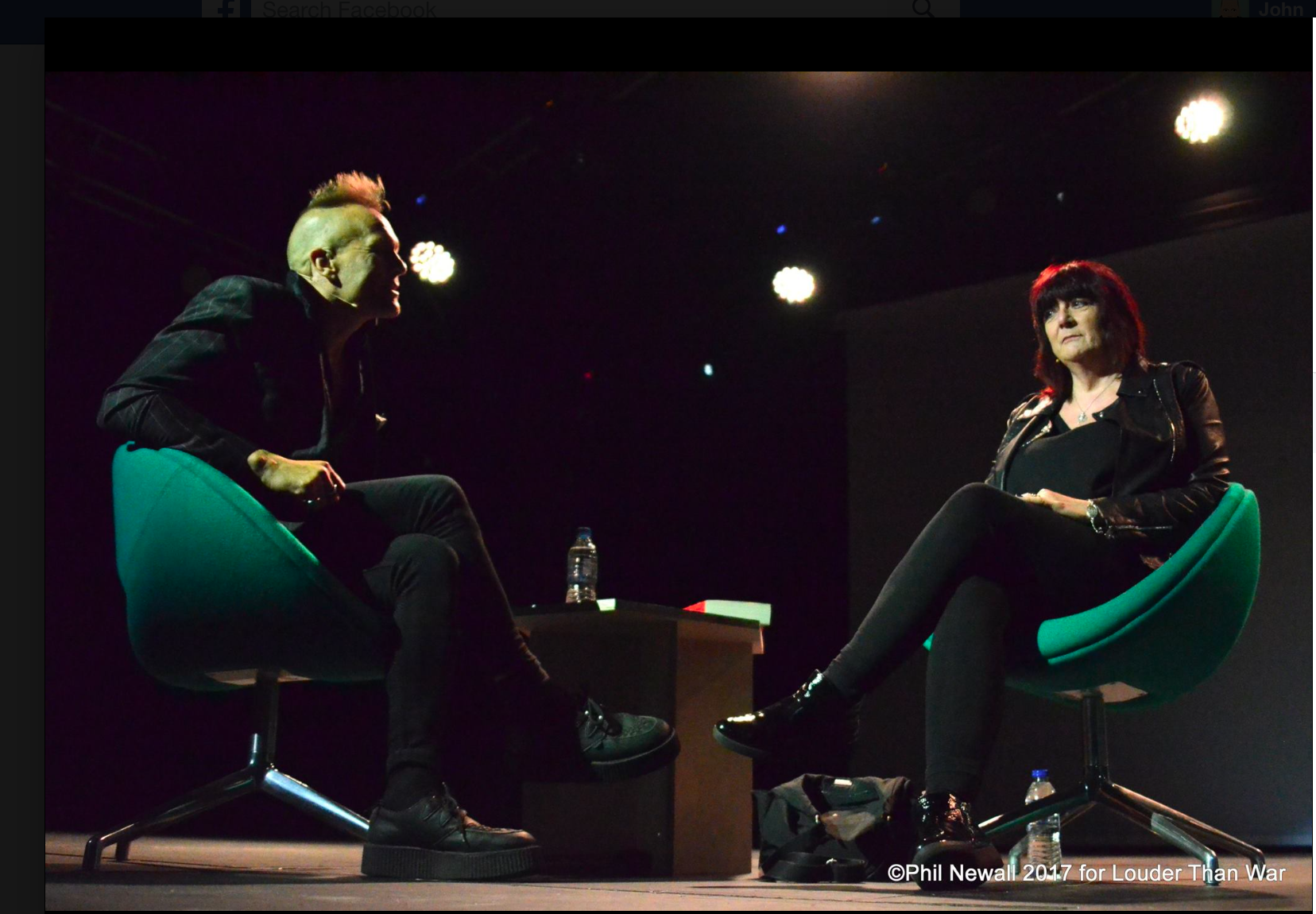 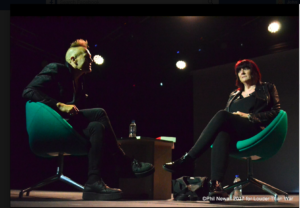 It was fascinating to be in the eye of a hurricane as I sat there doing an in conversation event with three formidable creative powerhouses from the late seventies onwards.

Cosey Fanni Tutti, Youth and Jah Wobble have taken three very different paths since they all appeared on the scene but their creative journeys are linked by an indomitable self belief in their own art.

There has not been any compromise here and instinct has led the way.

Cosey Fanni Tutti was more than a key player in Throbbing Gristle, whose dark and unsettling futuristic music grew out of the micro counter culture scene in Hull where. She told fascinating tales of this world of hippy freak culture, LSD and art happenings of the initial COUM project played out against the bomb damage of Hull – adding a dayglo colour and beautiful chaos to the city before they upped the ante moving to London and exploring the art of of porn and placing herself in the middle of that world and empowering herself and ultimately Throbbing Gristle on their long, strange and highly influential trip.

She talk eloquently and beautifully about the large cast of characters that made this whole adventure happen and the ups and downs of being a driving force in outsider art, music and culture. Inspiring.

Youth talked of his days growing up in the seventies with its rich musical tapestry of prog to glam and his main love soul and disco and the initial impact of punk when he came of age touring with The rage supporting The Adverts in 1977 (more on Youth’s punk days in this interview here ).

He then explained how he joined Killing Joke and the creation of the unique voodoo of the four unlikely individuals who have helped to create one of the great bands and then how he ended up burning out on LSD whilst looking wistfully at the immaculate destroyed image of himself on the backdrop from that period. Then he detailed his then unlikely ressurectiuon as one of the world’s top producers and his shamanic take on life.

Jah Wobble then joined the stage for a stunning and hilarious take on his musical adventures – perhaps the best geezer comedian and raucous raconteur out there, he mixed wisdom, acidic barbs and self deprecating, thousand mile an hour humour that had everyone laughing and minds whirring with wisdom mixed in with the East End take on showbiz madness. Wobble should really be a stand up comedian but we would be deprived of his amazing bass lines which he also showed us with on stage demonstrations of the B-line from the classic Public Image single and Poptones -his favourite bass line – and also explained his theory of writing bass lines in shapes and the art of the drone and the open E string – genius stuff from him and all three interviewees- inspiring people creating art on their own terms…